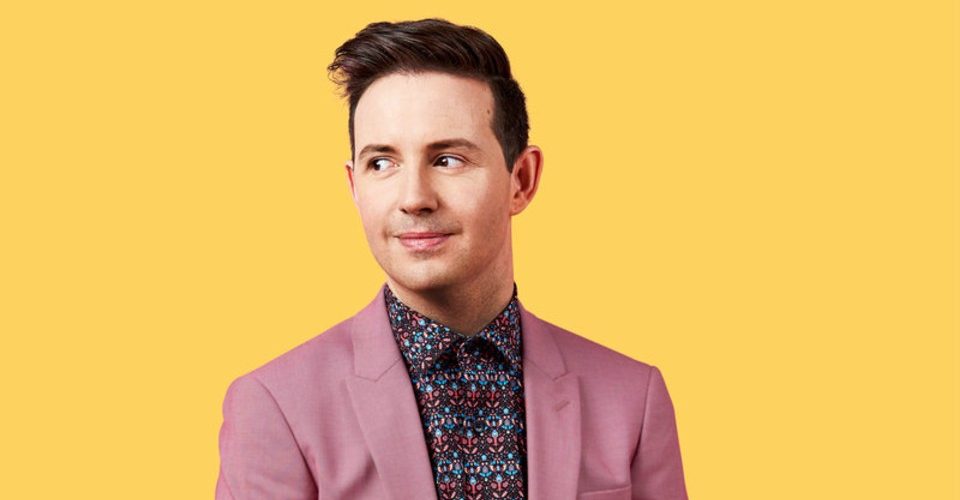 Melbourne comedian Nath Valvo is on a train and when I wonder what I could ask him that would mean he has to give the most embarrassing answer, he says “Mate I get paid money to talk about embarrassing things every night so….good luck!” Your new show is called CHATTY CATHY, I say to him, which is a term which that means ‘somebody who talks incessantly without really saying anything of any consequence’, but to me a Chatty Cathy will always be the psychotic talk doll my sister had when we were kids. Are you familiar with those dolls?

“No I was not but, thinking about it, a possessed doll combined with inane pointless chatter is a perfect way to describe my show,” Nath says. “I always wanted a doll growing up but I wasn’t allowed, but this is all making sense. I didn’t even know how layered my show name was, this is great.”

Could this be a merchandising opportunity; Nath Valvo dolls?

“Sometimes I look at the acts in the Fringe who have merchandise and I think it looks like a lot of effort,” Nath says. “You’ve got to get the table out, you’ve got to have change…I can’t be bothered. I’m more than happy to say g’day to my audience afterwards and take selfies and have a laugh, but the last thing I want to do after performing for an hour on stage is retail.”

Your delivery on stage is really rapid fire. Do you ever think ‘If I slowed down a bit I wouldn’t have to write so much material’?

“I have thought about that many times,” Nath says. “Usually in February right before I open in Adelaide… if I slowed down a bit I could write twenty minutes less material! I write and perform my shows for people like me who can get a bit bored on the same topic if it goes on too long. I like a movie or a stand up show that is fast paced. I like topics changing often because then there is no chance of getting bored. If somebody in the audience of one of my shows isn’t particularly interested is a topic I’m talking about, it will be over in about eight seconds so they don’t need to worry, we will have already moved on.”

So what can we expect with the new show CHATTY CATHY.

“Well I have definitely noticed that a lot of the people around me are settling down and doing proper life things, like getting children and marriage and mortgages. All the things that we are told you need to do to be happy.

“So I was a bit sick of all that pressure so this show is an answer to all that: a protest against being told we have to do things a certain way all the time. I, for one, am happy to rent until the day I die and live in a suburb that I like, thank you very much. The idea that you have to go into debt so you can be comfortable for the last ten years of your life, well I don’t care about the last ten years of my life – I want to have fun now! I want to buy cute expensive things and go to nice places now! Sure my friends have more things than I do but I think I am happier. How about that?

You have done a lot of TV (The Project, Hughesy, We’ve Got A Problem etc.) would you consider doing reality TV, Dancing With A Celebrity Master Chef On The Block?

“Look… most of those shows require some sort of physical challenges and I am pretty sure me attempting to do any kind of physical challenge would end up a meme. I guess I’d ask myself is the pay check is worth becoming a meme, so maybe. I think maybe a lot of those shows are more for to be on than they are to watch. I guess if you do them and it means a bunch of people who had never heard of you decide they like you and then come and see a show next it could be worth doing.” 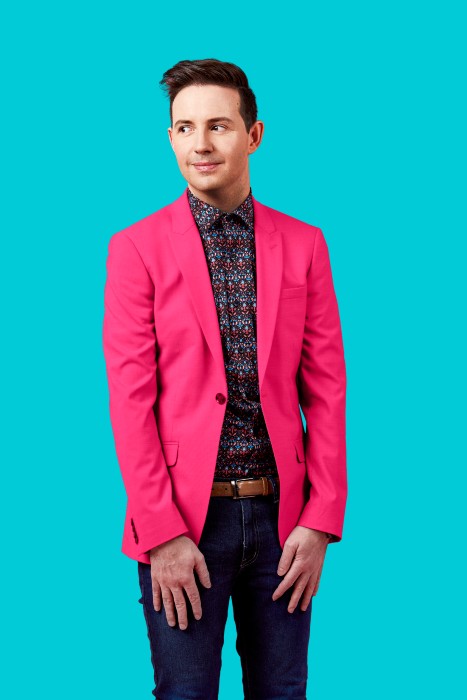 When you perform at Comedy Galas or do a spot on The Project, do you notice a shift in your audience?
“Sometimes, yes. I really noticed when a couple of my bits blew up on line, and they just went crazy. That got a lot of people discovering me for the first time which was awesome. It’s like the comedians absolute dream, it’s like striking gold and it doesn’t happen too often. So when those clips went gang-busters a lot of people were coming to see me for the first time, but knowing exactly what they were in for. These days that is a comics dream because then they know what they are in for. So if you are thinking of going to see comedy during the Fringe jump online, most comics have clips up on YouTube and Instagram and you can find something you like.”

“Ohhh… Favourite was probably the first time I got to do The Gala (Melbourne International Comedy Festival) which was on Channel Ten at the time. It was the first time I got to do a televised spot. It was memorable because I got incredibly nervous and usually I don’t get nervous at all. I was backstage and there were all these legends like Judith Lucy and Peter Helliar hanging around. At one point I went outside The Palais Theatre because I thought I was going to spew.

“The Palais is 2000 seater so that’s big on its own,” Nath says, “plus the TV thing. So, because of the build-up, and that I had an awesome time, that is probably my most memorable.

“Getting to go to Montreal for the Just For Laughs Festival) last year and getting to do a show Tiffany Haddish for Canadian and American TV was unreal. And last year I got to open for Kevin Bridge who is a huge UK superstar comic and I got tour with him for a few weeks playing The O2 Arena and venues that had 14000 seats. I was doing twenty minutes every night and it was insane, out of body experience doing gigs to that many people. That was absolutely sick! Those are all up there at the moment.”

Usually live comedy is in much more intimate venues, so what is it like doing comedy to a venue that big?

“There is no plan, you just get out there and yell your jokes to this massive black abyss of space and just hope that at some point you hear a laugh come back! It’s so big you can’t even see the front row, they are so far away from you and there are so many lights. It’s so big that is not even real. But you definitely perform differently than we you have eighty people on a Wednesday night at the Adelaide Fringe.”

You are pretty physical on stage do you have to exaggerate all of that too.

“Mate, even on a tiny stage I will still find room for a twirl and a high kick, that’s what I do. I can’t help myself,” Nath concludes. “I always get really excited when I get to do a gig at a big venue like a Gala or is set up like a musical I am very much at home, don’t you worry about that.”

NATH VALVO – CHATTY CATHY performs at Studio 7 in The Garden of Unearthly Delights from 8.15pm on Mon 2 Mar until Sun 15 Mar.