THE NEVER, UM, ENDING STORY: LIFE, COUNTDOWN AND EVERYTHING IN BETWEEN – Book Review 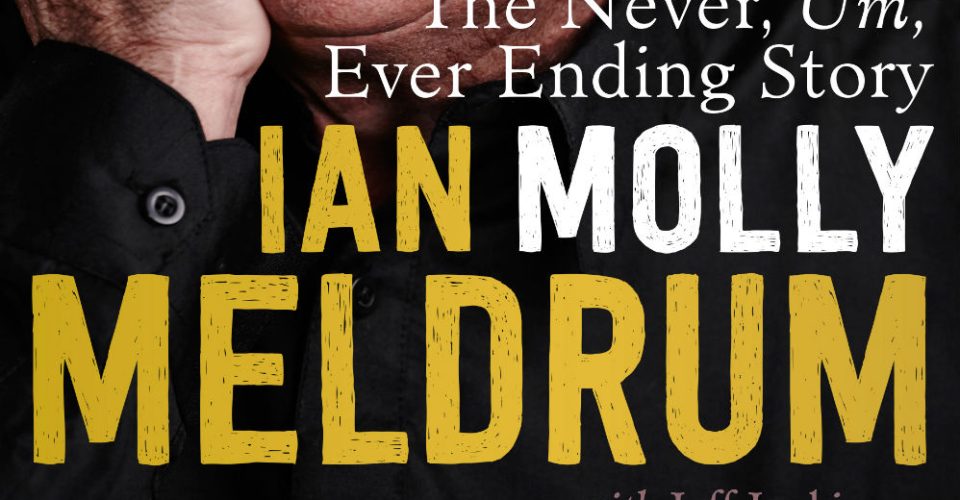 Originally mooted by ‘Molly’ back in 1979, this non-chronological autobiography by a true Aussie music legend isn’t exactly beautifully written (he thanks Jenkins at the end for cleaning up his prose) but it doesn’t matter in the slightest, as Molly’s life has been (to use a word that he uses time and time again) fantastic.

Recounting his small-town youth and how he lucked into work with music magazines and TV (like the forgotten program Kommotion) in the ‘60s, Molly’s soon into his fabulous stroke of luck as he became the talent coordinator and later host and ‘face’ of the ABC’s Countdown, which benefited greatly from being launched almost at the same time as colour television. It’s now difficult to understand just how popular and influential Countdown was, especially in the ‘70s, at a time when fans bought records (remember them?) and no one had heard of the damn Internet, and Molly’s the first to say that he had enormous power, and that the show could make (and sometimes break) stars. John Paul Young and Mark Holden were virtually created in its earliest days, but later Molly decided that he loved a little group called ABBA, and Countdown pushed them to their first major international success, while into the ‘80s he did the same for a semi-unknown girl named Madonna, who enjoyed her first hit anywhere with Holiday thanks to Molly. 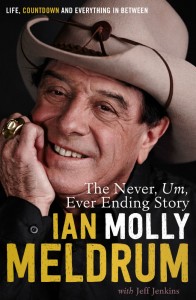 The list of celebrities with whom MM has worked, partied and feuded is truly extraordinary: chapters about Madonna, Michael Jackson and Elton John (who’s one of his oldest, funniest and sometimes bitchiest mates) sit alongside mentions of his friendship with David Bowie, his run-in with the Sex Pistols, his infamously embarrassing 1977 interview with Prince Charles and his organisation of a rock concert for Princess Diana, and hi-jinx with just about every Aussie singer and group ever, including John Farnham (who supplies the intro), Australian Crawl, Richard Clapton, Pseudo Echo (who appeared on Countdown without a recording contract, something that would never happen now) and many, many others.

There’s also a melancholy description of the end of Countdown in 1987 and the many and varied attempts to revive it in some form or other, as well as details about Molly’s adventures working on Hey Hey It’s Saturday, his sporting obsessions, his sexuality (you knew it was coming) and the Christmas 2011 accident that we all feared would bring down the Meldrum curtain. And, finally, Molly surprises us all with a last chapter about the friends, the colleagues and the idols who have checked out over the years, and he provides eulogies for John Lennon, Michael Hutchence, Skyhooks’ Shirley Strachan and many others as well as personal pals who toiled behind the scenes during his brilliant career. If only to read this moving section you should really, dare it be said, do yourself a favour.