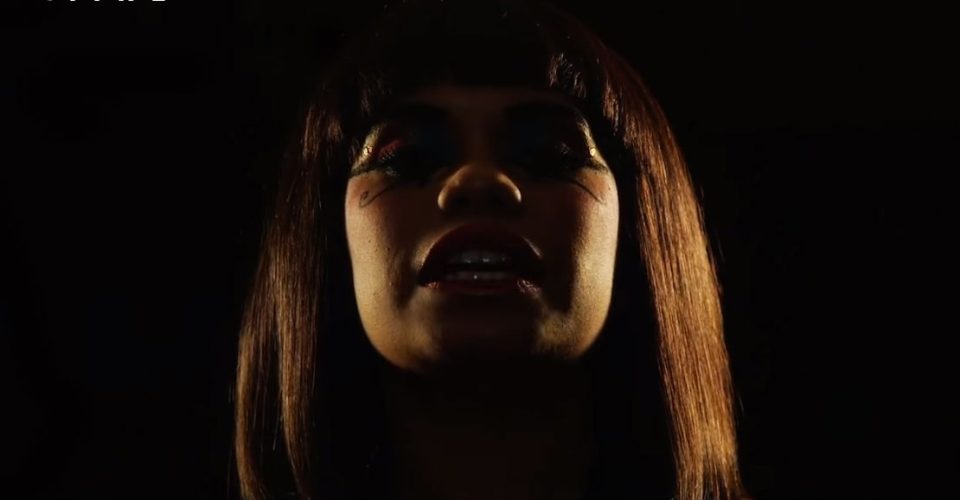 Ngaiire [Joseph] is a Papua New Guinea-born singer-songwriter based in Sydney. She spent her early years living in New Zealand, attending and almost exclusively Maori school and was exposed to as much opera and ballet that her parents could take her to. Ngaiire grew up listening to a broad range of music from Cliff Richard to Mariah Carey, Ani DiFranco to Sarah Vaughn, Jeff Buckley to Tool, George Gershwin to Debussy. She has a Bachelor Of Jazz, was a contestant of Australian Idol, released her debut CD Lamentations in 2013 and has toured the world as a backing vocalist with Blue King Brown. Ngaiire is now coming to Adelaide to perform as part of OzAsia Festival’s Outdoor Concert Series.

Ngaiire’s songs and stage presence is quite diverse; ranging from indie to arty to grungy in both her vocals and her costumes. We speak with her from a little town called Stanmore Park, just out of Sydney.

“I moved to Australia when I was 16 and I’ve been making music since the age of 18,” she begins. “I’ve just released my new album two weeks ago called Blastoma which I wrote and recorded with electro-pop musician, songwriter and producer Paul Mac (The Dissociatives, Itch-E and Scratch-E) and Sydney’s Jack Grace. We’ve released a couple of singles from that and now we’re about to start writing our third album together, which is probably a bit crazy, but we’re doing it [laughs]!”

Is it the writing that is crazy or the songs themselves?

“It’s the part where we’re not giving ourselves enough time to recover from the last album,” Ngaiire chuckles. “But we’ll see what comes over the next couple of months – it will either be music or nervous breakdowns [laughs]. “At the moment my music is very electronic-based, but 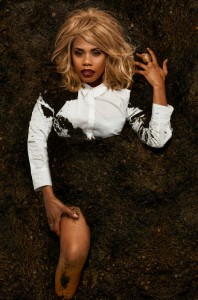 things are always evolving and changing so it might be something else next time.”

It’s good to keep people on their toes, to have them realising that this is not who you were the last time you were here.

“It definitely keeps things interesting for me and for everybody else involved.”

Because there are so many styles that you go for, from where do you draw your inspirations for your music?

“I tend to write from personal experience or those of which the people around me a going through,” Ngaiire says. “I’ve never really been a conceptual artist, but that is what we are kind of going for on this next album.”

Performing as part of the Outdoor Concert Series in Elder Park alongside Electric Fields [Aus] and Tenderfist [Malaysia], what kind of show will you be presenting and who will you be performing with?

“I’ll be playing the band I’ve been touring with which is two backing vocalists, drummer and keys,” she explains. “It’s a fun little show with a lot of dynamics that flows; the two backing vocalists are very entertaining to watch. They both get their chance to sing during the show and everybody seems to lose their shit, so to speak. I like giving them their moments, which are probably some of my favourite moments in the show – when the rest of the band get to sing.”

Do you play any instruments?

“I used to play guitar, but I put that away and now I just trigger backing vocal samples and operate the electronic boxes I have in front of me.”

How fantastic that you got to perform with Alicia Keys and John Legend at Glastonbury Festival. What was that experience like?

“They are both very cool people,” Ngaiire enthuses. “The shows that we were playing were to audiences 20,000 people at a time, which is very different to playing to 200-300 people, even if trying to connect with all 20 000 people almost feels almost impossible [chuckles].

“Alicia Keys, in particular, is really down-to-earth and personable, and just wanted to hang out and chat. I remember thinking ‘You’ve got your own trailer, why are you hanging out with me?’ But she’s so lovely, and when your idols are so appealing, it makes her very much a legend.”

Where are you headed after Adelaide?

“We’ll be right in the middle of our Listen Out Tour, so I think we’re heading out to either Perth or Melbourne. Life’s pretty crazy at the moment. We’ve been playing so many shows that it’s easy to forget where we are and where we’re going,” she laughs.

This is a FREE EVENT. 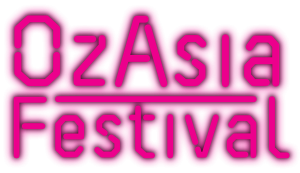