A Night At The Musicals: Le Gateau Chocolat & Jonny Woo Hilariously and Affectionately Ridicule Their Love Of Musicals At The Garden Of Unearthly Delights – Adelaide Fringe Review 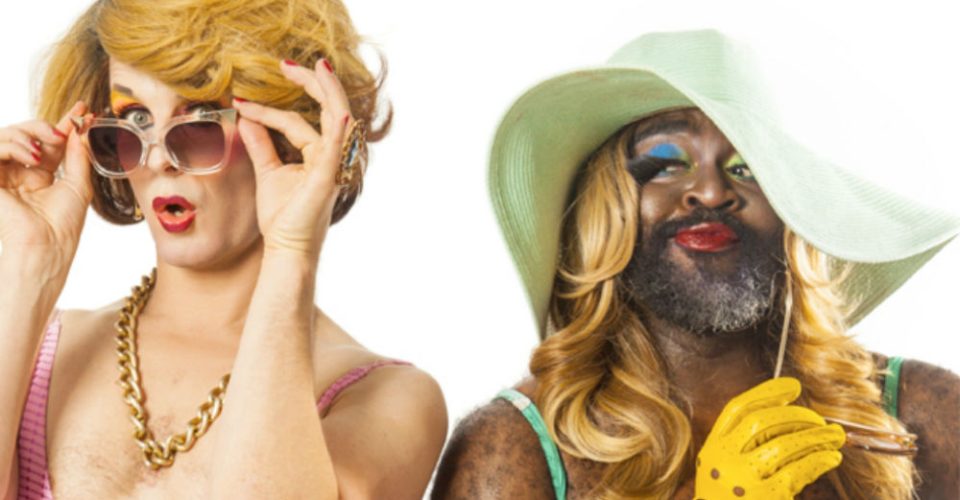 Musical Theatre fanatics will not want to miss this one! Adelaide Fringe regular Le Gateau Chocolat has teamed up with fellow UK artist Jonny Woo for a hilarious playful ridicule of the genre of musical theatre.

The ticket price was worth it just to hear Le Gateau Chocolat sing with his beautiful deep voice, which soared through the venue and probably the whole Garden of Unearthly Delights. Jonny Woo cautioned the crowd about potential wrong notes at tonight’s performance, but it was unnecessary as he does have a great voice that clashed or complimented Le Gateau’s at the appropriate times.

Songs from Phantom Of The Opera, A Little Shop Of Horrors, Les Miserables, Cabaret, Beauty And The Beast, Frozen and Grease were all sufficiently camped up and riotously parodied. Highlights included Jonny Woo’s Mein Herr, which included a very enthusiastic audience member assisting each Bob Fosse dance move and Le Gateau Chocolat’s Let It Go rendition complete with fans and silly string. The two experienced performers were wonderful to watch performing together with Suddenly Seymour from A Little Shop Of Horrors becoming Suddenly Gateau and Phantom Of The Opera having an unanticipated Star Wars theme. They both know how to milk every laugh from the adoring audience.

For people who aren’t musical theatre admirers (apparently there are some), there was probably still enough silliness and camp fun to remain entertained and they certainly had selected the better known musicals, many which have been made into movies. Le Gateau and Jonny Woo ensured the enthusiastic audience got an opportunity to sing along too, especially towards the end to make sure the sold-out crowd left with a gleaming smile.

A Night At The Musicals was incredibly engrossing and likely to get the big musical enthusiasts back multiple times.

A Night At The Musicals continues at The Garden Of Unearthly Delights – Studio 7 from 9.30pm until Sun 13 Mar.

hilarious playful ridicule of the genre of musical theatre!