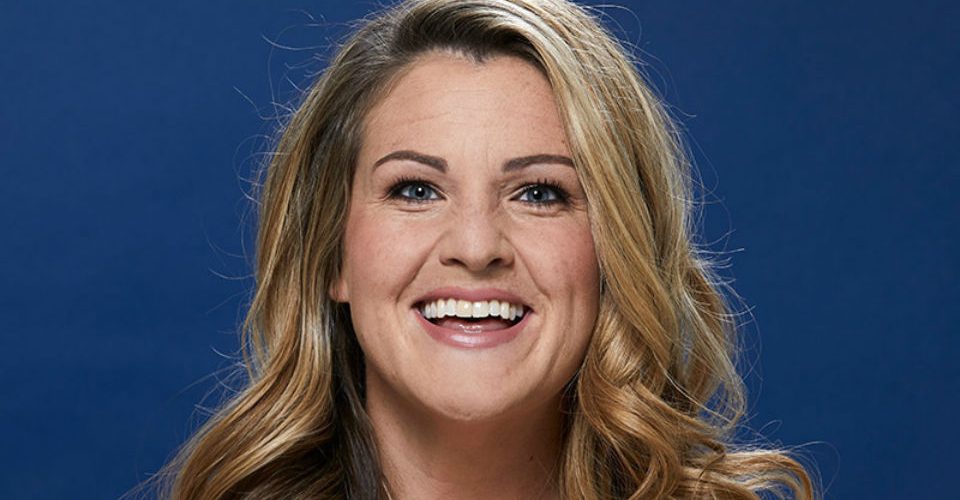 Nikki Britton has appeared on Channel 10’s How To Stay Married and ABC’s Comedy Up Late, and in 2018 was a Winner of a Best Comedy Weekly Award at the Adelaide Fringe, and is returning with her new show Once Bitten.

We speak to Nikki, via email, and begin by asking her whether she has any favourite memories of her time at last year’s Adelaide Fringe:

“Winning the weekly award for best comedy was definitely a very welcome and wonderful surprise! Watching the bats fly over Rymill Park every night just before I walked into my tent to start my adults show was always amazing.

“But the best memory I had from last year was during the Auslan interpreted performance of my kids show Grandma Is Not Growing Up. It was very interactive show where I got kids on the stage and asked them what they wanted to be when they grew up and my fabulous illustrator, Ashton Malcolm would bring their dreams to life as we projected her live drawings of what the kids said on a screen behind them, in real time.

“A family – Mum, Dad and two kids – who all had significant hearing impairment came along to that show and not only did they laugh along and enjoy all the gags and silliness, thanks to my wonderful interpreter doing such a great job, their youngest son confidently volunteered to jumped up on stage and communicated to us, through our interpreter, what he dreamed of becoming when he grew up (a policeman). Then we watched his eyes light up in awe and his parents eyes well up with pride as his dreams were ‘magically’ conjured in front of him – a police car, his very own police hat, and a badge with his name on it. It was just a moment, but it felt so inclusive and magical and that’s exactly what I think Fringe is all about.”

How is your show different this time?

“Well, it’s not a kid’s show. In fact, do not, under any circumstances, bring kids to this show unless you are keen for a lot of questions in the car ride home. I’m just doing an adult’s show this year. It is still delivered in my warm and energetic style, and full of stories and observations just like my grown-ups show last year Romanticide, but the revelations are a little more personal and revealing in nature. I’m hoping audiences will walk away feeling even more empowered and uplifted.”

Do people need to avoid sitting in the front row at your shows?

“Absolutely not! I’m more likely to barrage you with adoring compliments than any kind of abuse if you sit in my front row.”

Are you a regular visitor to Adelaide?

“I have been lucky to visit Adelaide quite a bit over the last nine years. Mostly for shows I’m doing, but sometimes to visit some great friends who live here. (And by friends, I mean wine. And by visit, I mean drink. Really great work, Adelaide!)”

Have you found good places to explore or ways to relax in Adelaide when you’re not working?

“Most of this is answered in the previous question, but I’m a big fan of strolling through your city’s perimeter gardens and popping down to your gorgeous beaches.”

Where else, apart from Adelaide, has stand-up comedy taken you?

“Comedy has been very good to me. It’s taken me all over Australia, and I mean all over. Like, tiny towns that Google Maps even struggles to find. And then there’s Los Angeles, Edinburgh, India, Bora Bora, Singapore. Writing ‘comedian’ as your occupation on immigration cards always illicits ‘tell us a joke then’, so I’ve started writing stripper instead.”

What is your favourite part about working on television?

“So many things, but mostly, the wonderful people! Firstly, you show up at 5am looking like you’ve just rolled out from under a bush and then divine humans sit you in a make-up chair for as long as it takes to make you look better than you’ve ever looked in your life. Then another excellent bunch of people feed you delicious food. Others dress you, someone helps you cross the street if necessary and if I ever mentioned I was cold I would have a heat pack in my pocket within seconds. After we finished shooting and I went back to normal life, I was useless. I’d stagger around my house naked, cold and hungry.”

Is there a different kind of pressure being on stage when you are on your own?

“Definitely. There’s no one else to blame if things go wrong!”

You also do kids shows. Are there different skills required? Which do you prefer?

“Kids shows usually come with a lot more props and costumes to schlep across the country with you, so sometimes adult shows are a little more lo-fi, which is nice. But I couldn’t choose; I really love doing both.

“I do a character in the kids’ show, so you could say that requires more acting skill, but the rules of comedy are generally the same for both age groups. Kids tend to tell you real quick if they don’t like something – they can be brutal- but if they like it, they will happily stay with the joke much longer than adults. I have been playing a game of peekaboo with my niece since 2013. Kids have staying power.”

Can we expect to see you taking on serious film roles in the future?

“I very much hope so. Any Hollywood directors reading this, I’m available. Please enquire within.”

Nikki Britton ~ Once Bitten performs at The Garden Of Unearthly Delights – Spare Room from 7pm until Sun 17 Mar.