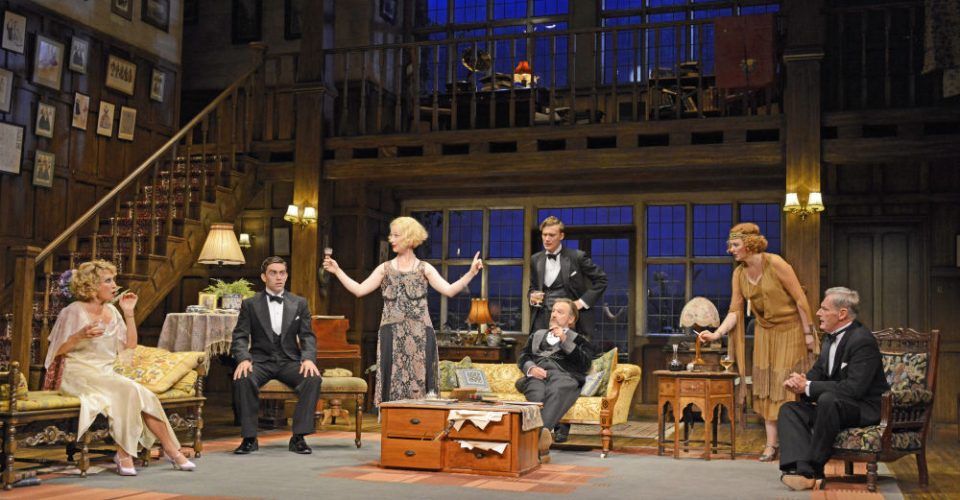 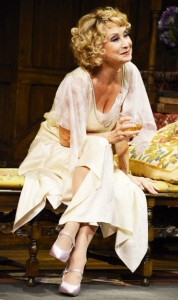 We speak with Felicity and ask how she is enjoying the Australian experience so far.

“Oh, we’ve had a ball,” she begins. “We’ve done everything; from swimming with dolphins, to cuddling koalas, to going to the museum; it has been an absolutely wonderful experience. The audiences have been so enthusiastic so it’s been a really enjoyable trip. It is work, of course, and there’s a lot of travelling, but I think we are all thrilled to be here.”

This is the first time you have performed on stage in Australia. What made you finally decide to join a show that toured to this part of the world?

“Usually, the tours that you are asked to do are considerably longer than the seven weeks of this tour,” Felicity explains. “I tend not to leave my family for more than four weeks. That has, sort of, been my rule. I’m a bit odd like that. On this occasion, I loved the play and thought it would be a good one to travel, and it also fits in perfectly with the rest of the family. I’ll be back in time for Christmas. I took the opportunity, and I’m really thrilled I did because I love Australia; it’s gorgeous!

“And the other thing that’s not to be sniffed at is that it’s cold and rainy back home, which I hate. I love the sun –it can’t be too hot for me. I grew up in The East, so if there’s one thing I really do not appreciate about England it’s the climate.”

“I was in Australia quite a long time ago,” she recalls. “I went to Sydney for eight days and did a commercial. This time I feel that I’ve really travelled across Australia completely; from one side to the other. I’ve experienced the wonder and size of the country this time around and I just think it is amazing.” 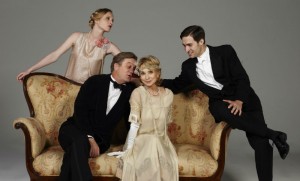 Hay Fever is about manners, or a lack thereof. The novelty here is that rather than guests behaving badly, it is the hosts that prove appalling. Having performed this play in Brisbane and currently in Perth, have there been any noticeable differences between English and Australian audiences in terms of how the play is received?

“There really hasn’t,” Felicity replies. “That was an interesting question for me because, obviously, Coward is a particular style of comedy. He isn’t dated; he’s very, very modern but it is of a particular society. He writes about the society he moved in, which was a very artistic but quite a small part of the greater society. His society was moving between the south of France, London and New York, so he’s only talking about those specific people. I just wondered if people would relate to it.

“I have to say, on stage, it makes no difference whether you’re in Bath or Perth or Brisbane,” she continues. “The audience reaction has been exactly the same. It’s absolutely wonderful. I mean, they are just so enthusiastic. I think that is actually credit to the play, not really anything to do with us or the audience. I think it’s just a very easy, accessible evening. And it’s funny.” 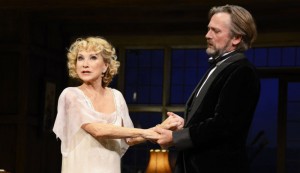 What do you think makes Noël Coward’s writing so timeless? His works, typified by Hay Fever, continue to delight people the best part of a hundred years after they were written.

“Firstly, he is a genius writer,” Felicity says. “The way he has with words, and the rhythm of the writing, it makes people laugh and cry; he moves them in some way.

“These guests are going to this weekend party at the country house simply because the people who invite them are celebrities,” she adds. “But they are punished, heavily. That still happens too. Nothing has dated because it’s about the way people really are.” 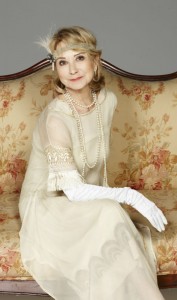 The stage has been part of your life, pretty much for all of your life. Growing up in India must have, on one hand, seemed like an incredible time yet, on the other, seemed quite normal as it was all you knew. Were you conscious that you were somewhere far from home, somewhere exotic?

“I really did grow up there, so that was home,” Felicity replies. “As with any young person, you take for granted the lovely things, and get pissed off with the things that aren’t so lovely. I have to say I enjoyed my childhood. I had a wonderful time but I don’t think I quite realised how extraordinary it was until I grew up and looked back on it. It was great; I had the family with me so I was moving in a unit that didn’t change. So I grew up with this pride of lions, if you like, and the ever-changing landscape didn’t really seem abnormal or a threat.”

It’s fair to say that you are best known in Australia as Barbara Good from The Good Life. Why do you think the show was so successful and is so fondly remembered?

“It just happened to be something that the whole family could sit down and watch together,” Felicity says. “There have been many occasions where I’ve met someone who’s said ‘Oh, my dad was in love with you; I was in love with you too but I was only seven’. You’ve got a lot of the other shows that the kids didn’t really get but, because of the silliness of The Good Life, you really did get the different ages and sexes watching it together. I think that’s probably one of the reasons why it’s lasted. It was very, very well written.”

It was aspirational, both in terms of breaking the shackles of society’s expectations and also of nurturing enduring friendships.

“Underneath there’s this fundamental thing of having really close friends,” she suggests. “They may not be like you, and they may not have the same aspirations. They may have different ideas but you can still have this incredible bond. I think that is very attractive to us, because we all like to have friends that will stick by us – even though they don’t agree with us.

“I think that’s what’s very attractive about it; this odd pairing of these two couples and yet, quite clearly, they became interdependent.” 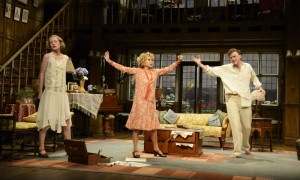 Was there ever a time when it seemed that acting wasn’t going to be your profession or vocation?

“When I arrived back in England I wanted to be independent, as young people do, and I tried to get work,” Felicity replies. “The only thing I knew how to do, that I was trained to do, was be an actress, and I have to say that for two years I really doubted that I would get a job. On the one hand I would not give up, because I was very, very stubborn but, on the other hand, I just wondered if I would ever succeed. It always looks as if it was easy at the beginning, when you’ve had a long career and you’re established, but it was anything but easy. I didn’t have a clue what else I could do; I wasn’t equipped to do anything else. But, those times passed and I did get a break, and then I was alright, but it certainly wasn’t an easy transition.”

I think most of us are very happy that you stuck it out for those few years.

“I certainly am, I can tell you,” she laughs.

Hay Fever performs at Her Majesty’s Theatre at various times from Wed Dec 3 until Sun Dec 7.