The Official Blues Brothers Revue: Kieron Lafferty is Spreading The Gospel Of Jake And Elwood – Interview 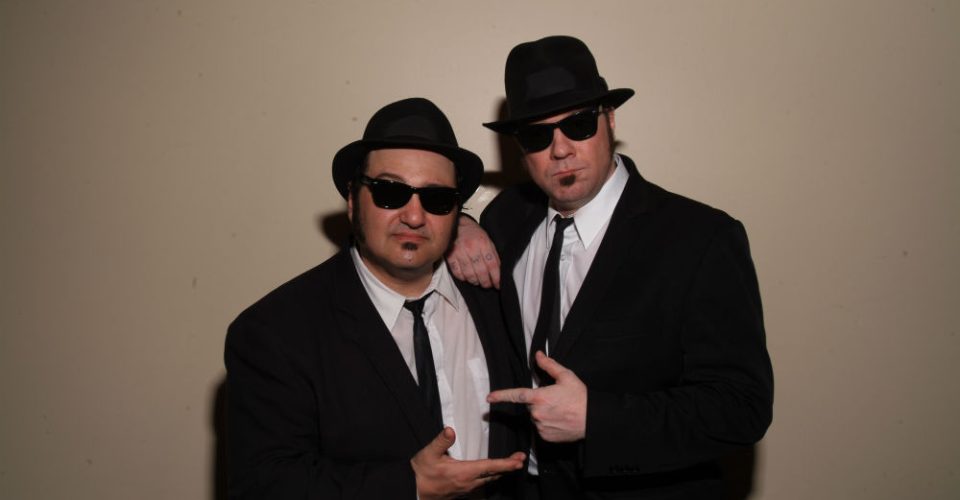 With a full tank of gas and half a pack of cigarettes, The Official Blues Brothers Revue is coming to Adelaide. Officially sanctioned by Dan Aykroyd and Judith Belushi Pisano (wife of the late John Belushi), this much-loved ‘show band and revue’ is touring Australia throughout April and May, hitting the Governor Hindmarsh stage on 24 May. We talk with Kieron Lafferty (aka Elwood Blues) and ask him how the first couple of shows have gone down.

“So far, so good,” Kieron begins. “We’ve actually been here less than a week, so we are still acclimatising. We did a show in Wollongong and another in Ettalong. They’ve been very well attended; great audiences with a great attitude. People really enjoy the music and the mayhem.”

How did this ‘Official Revue’ show come about? Was it designed to be a big production?

“It was, actually. We’d done several shows, with Dan and Judy producing, and one of them, sort of, warped into the other. The current version of the show has been around for about four years. It’s a homage, not only to the great music from Chicago and the great R&B music from the ‘60s and ‘70s, but also to Jake and Elwood’s live performances as they were seen on SNL (Saturday Night Live), or at the Universal Amphitheatre opening up for Steve Martin.”

The Blues Brothers’ appeal is ongoing, and appears to be one big happy family, featuring numerous acts.

“Very much so,” Kieron agrees. “And, yes, there are different tributaries. Dan Aykroyd and Jim Belushi go out as Elwood and Zee Blues; they probably do a dozen shows a year. A lot of them are fundraiser/charity type things but they also do larger casino venues. And the Original Blues Brothers Band goes out, with Steve Cropper, ‘Blue’ Lou Marini, and some of the original guys from the film; they play a lot in Europe. Everybody is very respectful of everybody else’s incarnation.”

You’ve been doing this (being Elwood) for a while now; are you still enjoying the ride?

“Oh sure! I think it’s always evolving. There’s always something new that you can do, improvements to be made, nuances to pick up. I don’t think I ever really rest in that regard. If you’re just sort of levelled-out, you’re probably bored and need to take a break.

“Even watching the film, or parts of it, there’s always something new to see,” he says. “And there’s new ways of interpreting classic R&B tunes. So we mix it up a little too, to keep it fresh. It’s always a work in progress”.

Have you always played harmonica? Or is it an Elwood thing?

“I’ve played since I was a kid”, Kieron explains. “I was a musician first, before being an actor, so I come from that. That’s why I can relate to these characters; certainly to Elwood. He’s a fusion of a couple of different characters; some from Toronto, some from Chicago. Guys that I knew, that I listened to growing up. The challenge with the harmonica is to keep it fresh. You don’t want to play the same solo, the same way, every night. That’ll drive you crazy.”

When did you first come across the Blues Brothers?

“I saw them on SNL and though it was novel, these comedians venturing in to musical territories. They wore the Blues Brothers suits and they did it straight-faced. It was very funny. They actually pulled it off. These guys are huge music fans. They got into character to do something which was innately natural to them anyway. I’ve talked to Dan, who is a huge music fan and has an encyclopaedic knowledge of blues and R&B history. You can tell, first and foremost, he’s a fan of that great music.

Have you always been a fan of that classic Stax/Atlantic sound?

“Yes, absolutely. That’s what I was listening to. I was glad, when I saw the movie, that they really stayed true to that vibe. And they had a hit record with Soul Man, a great Sam and Dave classic. It was wonderful to hear somebody do that tune at a time when radio was very narrow-minded. It was a breath of fresh air, hearing these guys doing classic R&B music. It was inspiring.”

What can audiences expect from the show? Is this strictly a music performance, or are other facets like narrative or video used?

“There is a lot of multi-media involved,” Kieron says. “It’s really to shine a light on these two great musicians, and also to showcase the great artists the Blues Brothers draw from. There’s definitely a Blues Brothers tradition of respecting the music and the grooves; performing with dedication and authenticity. We’ve had Paul Shaffer work with us, as musical director, and he’s been a really great help.”

Will fans see and hear all the tunes they know from the movie and the records?

“Well, we’re definitely going to hit all of the classics,’ Kieron says. “As well as a couple of rare b-sides, which we like to throw in there to keep things fresh. There’s Soul Man and Gimme Some Lovin’, and all the other great songs from the movie and the soundtrack album. But the Blues Brothers also ventured into some very interesting musical territory, not just R&B, and we try to cover that. They touched on some of that wacky ‘50s stuff like Rubber Biscuit. They did reggae with Groove Me, so they weren’t strictly blues. Minnie The Moocher; that’s ‘30s R&B. They’re like an encyclopaedia of American music over the decades, from the ‘30s to the ‘80s. That’s the way I see it.

“So, yeah, we love to refry it whenever we can. But we stay true to the arrangements that Steve Cropper and Paul Shaffer put in place; you have to play to the script. We can’t go and punk anything up too much!”

Any plans to record any music with the band?

“We’ve just finished working on a project. It’s a live disc that we did with Paul Shaffer, ‘Blue’ Lou Marini, Tom ‘Bones’ Malone, Matt ‘Guitar’ Murphy, and Otis Day from Animal House – which is a music movie as well. It was an evening in honour of John; his comic, and musical, legacy. It was hosted by Judy and Dan, and featured a line-up of some of the original guys, and some of the other people that John had worked with.”

The Official Blues Brothers Revue performs at Governor Hindmarsh on Sun 24 May.