Oranges & Lennons: Gary Burrows Presents A Tribute To The Life And Music Of John Lennon – Interview 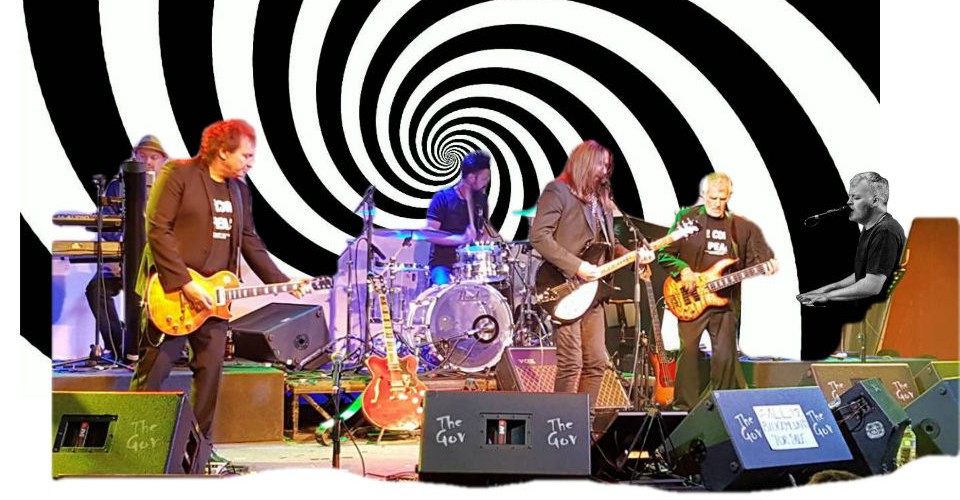 When Gary Burrows first staged Oranges & Lennons, a tribute to the music of John Lennon, it was a sell-out show and while subsequent presentations have been successful, Gary concedes that getting a full house for the premiere performance was due to a number of factors.

“That first one had novelty value – it was a brand new show – and also had a very special guest,” he says. “But I did spend a lot of money advertising it and recorded the show on video. That was all filmed in colour but was put into black and white to give it A Hard Day’s Night kind of feel.”

The special guest at the premiere was the now late Australian-born Ritchie Yorke who, having worked for Island Records, later served as Lennon’s publicist and was instrumental in planning the now famous Montreal Bed-In.

It was Ritchie who also announced to everyone at a Music Business Adelaide conference in 2001 that George Harrison had passed away earlier that day.

“I’d been with Ritchie earlier and had heard that George had gone so I told him,” Gary announces. “And then Ritchie went off and made heaps of phone calls. I think he just wanted to confirm the sad news with his contacts.”

Gary, who has discovered that he is very distantly related to John Lennon, says his inspiration for putting the show together was that he was a fan of The Beatles and their timeless music.

“I have always been a fan,” he says. “I was 14 in 1964 when they came to Adelaide so didn’t see them play but mum took me into town to watch them wave to everyone in King William St.

“I did have lunch with George Harrison once,” Gary reveals. “He often came to Adelaide for the Grand Prix and I spotted him having lunch. So I casually strolled over at about a million miles per hour and asked if I could say hello after being careful not to annoy him.

“So that was good but, to be honest, I was so excited I now can’t really remember what we talked about,” he laughs. “But I do always regret not thanking George for all the music.”

Oranges & Lennons has been revamped for the upcoming performance.

“I’ve added another keyboard player so there are now two,” Gary says of Dave Ross and Russel James who play in the band alongside Gary on guitar and vocals, drummer Matt McNamee, bass player John Bywaters and guitarist Rob Pippan.

“With two keyboard players, we are now able to better do some of The Beatles’ more psychedelic songs,” he continues. “So we can now get those more orchestral sounds. And the good thing is that they both sing so we can get all the harmonies happening which will make the show a bit more edgy than it was in the past.”

The show is to now also feature a few of Gary’s original songs.

“There’s a song of mine called Dakota Night which is one I wrote about John being murdered in New York,” he says. “And then there’s a song about peace I wrote, I Want To Tell You (Peace Song 2015), that Gill Hicks [the last living person to be rescued following the London bombings of 2005] sings every alternate verse.

“And we got a little article about that song in the New York Times which was pretty cool,” Gary reveals. “And there’s another song called I Close My Eyes which is very Lennon-ish and is about how I felt when my daughter, Emily, was killed in an accident back in 2000.”

Oranges & Lennons offers a broad cross section of The Beatles’ work alongside a smattering of key material from John Lennon’s short-lived solo career.

“So, what do we do?” Gary says. “Let me just grab my list. Let’s see. Okay, we do 27 songs including A Hard Day’s Night, The Ballad Of John & Yoko, Come Together, Dakota Night – that song of mine – Don’t Let Me Down, Hey Bulldog, Help!, I Feel Fine, Woman, Revolution, I Am The Walrus, I Should Have Known Better, Mother, Imagine, Jealous Guy and Instant Karma. Oh, yeah, and One After 909 which is a song they wrote when John and Paul were in The Quarrymen.

“We’re also doing Stand By Me because while it’s a cover of a Ben E King song, everyone loved John’s version,” he adds. “And we may also do Rain because it’s a song I personally love and maybe I’m Only Sleeping.”

Dinner and show or show only tickets available through OzTix or thegov.com.au. Click HERE to purchase your tickets.