Oscar & Felix: A New Look At The Odd Couple… Living Life Together Is Something Less Than Total Harmony at Arts Theatre – Review 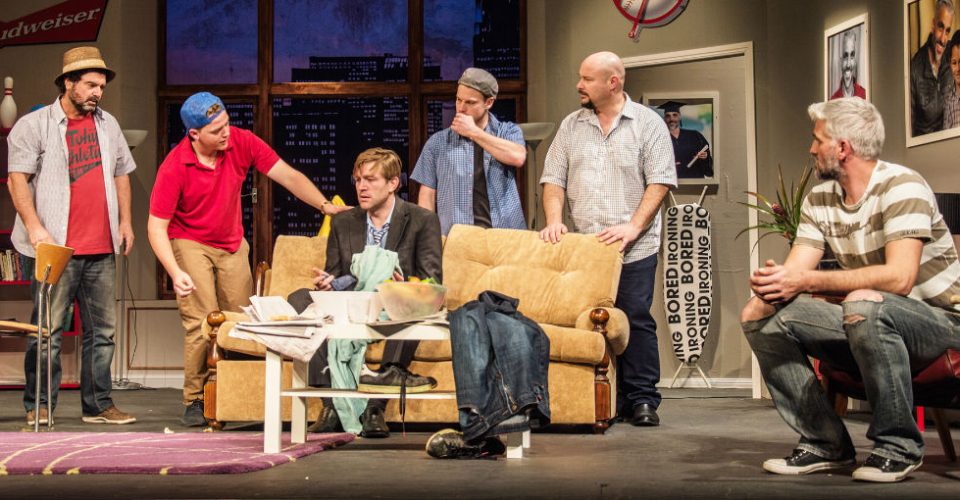 Since first hitting the Broadway stage in 1965, Neil Simon’s hilarious play, The Odd Couple has been through a number of changes, not only in being adapted for screen and television, but the main characters themselves have been played by men, women, black actors and were even transformed into cartoon characters in the seventies. Throughout the rewrites however, one thing remains the same – the essential story of two very different people learning to live together in something less than total harmony.

In this latest incarnation about a couple of blokes who become roommates after their divorces, the characters of Oscar and Felix have been modernised with contemporary references and mobile phones finding their way into Simon’s adapted script. 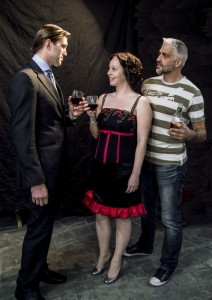 In the role of the sloppy Oscar Madison, Peter Rossi delivers a character that is both cantankerous and compassionate, simultaneously concerned for and maddened by his recently separated best friend, Felix Unger. Patrick Gibson is Felix and, although not as prissy as one expects, still manages to convey the sensitive, obsessive neat freak with great effect. Both actors relaxed into their roles after a slightly rigid opening (which can sometimes happen on Opening Night performances) and were well and truly in the groove by Act Two; the hilarious bickering between the two working much better overall.

As the Poker Buddies, Rob Donnarumma, James King, Jay Mancuso and Cameron Twiss all managed to do their best with a script that doesn’t really provide a lot of opportunity for character development. Maintaining believable New York accents was also an obvious challenge for some however this did not detract from the humour in their performances. As the Spanish sisters from upstairs, Megan Langford and Carol Lawton dominated their scenes and provided some wonderfully funny moments clearly enjoyed by the audience.

Oscar & Felix: A New Look At The Odd Couple continues at Arts Theatre from 8pm until Sat 10 Sep. Matinee session from 2pm on Sat 10 Sep.

When opposites attract and become friends