UK Magician, Comedian And Shadow-Puppeteer Paul Dabek Is Set To Cause Some Fun And “Mischief” At Gluttony – Adelaide Fringe Interview 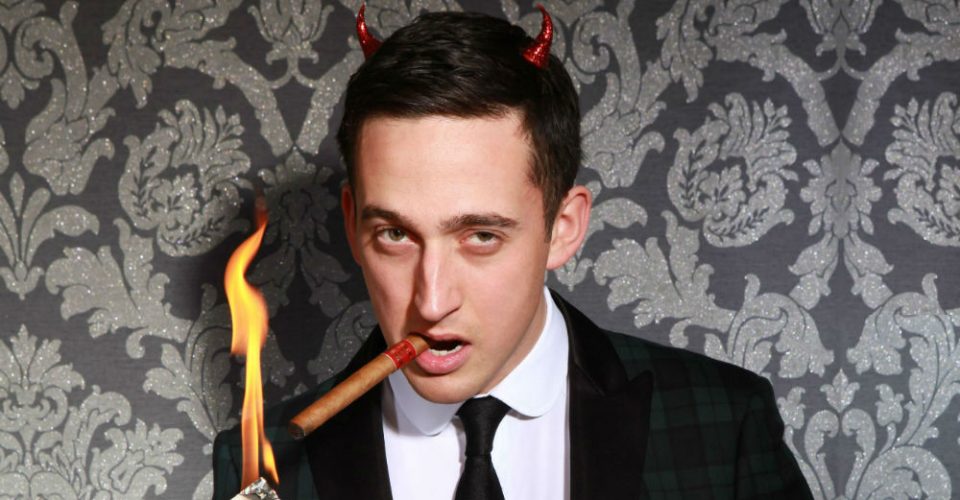 What do get if you cross a touch of magic, a bit of banter, a splash of British charm, a whole bunch of cheek and a slice of comedy and then top it off with some lovely moments of shadow-play? The answer is Paul Dabek. Launching his successful world tour at last year’s Adelaide Fringe, Paul is back once again with not one but two new shows: Mischief! and The I Hate Children Children’s Show.

We speak with Paul via Skype, and find him in a jovial mood and happy to be back at the Adelaide Fringe and Gluttony again.

“I had such a great time last year and got fabulous reviews,” he begins. “But it was only a two-week season so I thought I’d come back and do the full Fringe and do it properly.

“After Adelaide last year I spent three months working with La Clique in Edinburgh with two amazing Ukrainian pole/acrobatic dancers who were phenomenal. That was part of the 73 shows in 23 days during Edinburgh. I also played in Vegas and at Canada’s Just For Laughs Festival. I also worked over the summer in Vietnam which was full on.”

Will you be bringing new this to the Fringe this year?

“The show has a couple of signature routines but most of it is new material making its debut in Adelaide; a fun and mischievous show with lots of new ideas,” Paul says. “The ‘cheeky’ interactions with the audience are worth the visit alone, or maybe it’s just my inner devil trying to get out, so I’m off my censor and I am coming full throttle at you, Adelaide.

“When I started doing magic I was very involved in the Magic Society scene. I was the Young Magician of the Year when I was 18 but as I perform more I am less involved because of travel constraints. I like simple visual plots in magic, plus there’s a lot of psychology, magic principles and what’s the third? That’s right… bullshit [laughs]!But, I just like to do tricks.

“Sometimes you don’t have to have fireworks, it’s the mystery behind the illusion that keeps you entertained throughout the performance,” he adds. “It’s a matter of creating those moments that are going to fool the pants off people, make them laugh and find the emotions in their reactions. People can forgot about their problems for an hour and have a good time – I’m not trying to change world views.”

Paul tells us about The I Hate Children Children’s Show. 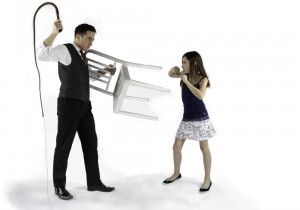 “This show is especially for the teens, the tweens and parents that like to drink!” Paul says. “It was created by Paul Nathan and one was of the most popular shows at Edinburgh 2014. There’s a band of magicians who take the show to different places. This version is a 50-minute magic show which is designed for ages seven upwards, yet is also lots of fun for adults. All the kids are part of the show; it’s a marathon of audience participation with a game show approach which is lots of fun for everyone at any age.

“The I Hate Kids Show, as I like to call it, won Best Children’s Show for last two years and sold out in Edinburgh. The concept sees a magician (the presenter) and a musician (the sidekick) as comedy foil. Not to give anything away, but kids will love the villain with his rat traps set with candy. We also give parents a glass of Champagne as they walk in the door.

“Of course, you can come even if you don’t have kids!”

As part of the banter that ran throughout the interview, Paul shares one of his favourite jokes with us.

“A 90-year-old man goes into the post office and says to the woman behind the counter, ‘How old do you think I am?’ and the drops and does push ups before she replies ’75?’.

The old man then walks up to an old lady and asked the same question, but before he can drop to do the push ups she puts her hands down his pants and has a rummage around and says he is 90!

The old man is amazed and asks how did she know?

She laughed and said she was standing behind him at the Post Office and Butchers!

And that’s a sample of the comedy gold you will encounter at the show!” he laughs.

“I’d be Praline because you don’t know I’m nuts till it’s too late!”