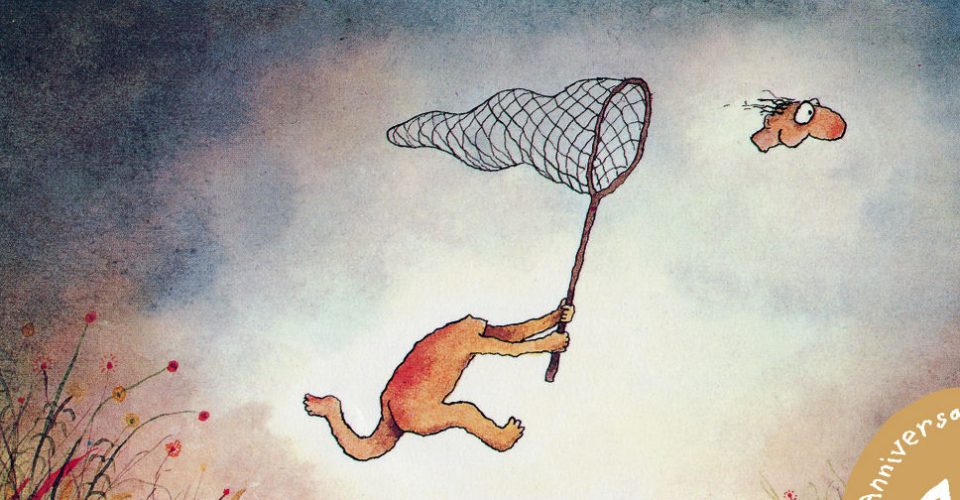 Originally published in 1974 (just in case you hadn’t worked that out for yourself), this anniversary reprint of one of the first Leunig collections, complete with a passionate introduction by Barry Humphries, is a handsome volume that features some of the cartoonist’s best pieces before grumpiness, politicised snarling and irksome repetition took over. 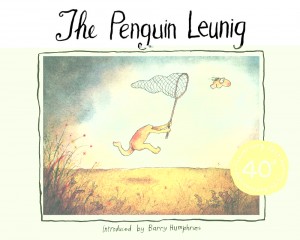 Compiled from offerings drawn for The Age and The Sydney Morning Herald, there are delights here, even though many are among his most crude-looking images: a man with a trunk is nearly rejected by his girlfriend until he caresses her with it; the three wise men follow a star but it turns out to be The Star, an all-night burger bar; and, inexplicably, a man picks his nose until he pulls it off his face, and he flicks it away casually. Others are more elaborate, with a crowd of religious types disappointed that instead of a vision of the Virgin Mary they instead bear witness to some weird kind of giant suited turkey, and many make rather obvious points about environmentalism and indigenous themes while really laying on the wannabe-melancholy.

And then, of course, there’s all the sexual stuff: a man with a snake’s tongue licks a pair of panties on a washing line; a man’s eyes become stalk-like-arms and grope a woman’s breasts; and a group of Leunig sorts at a bus stop include a tall woman with a short skirt and a man behind her with a grinning detachable head peering up it. And there’s one of his most famous and dubious one-panel-pieces ever: a worried-looking bloke looks up a ladder at a book-fetching librarian in another short skirt, and a scary wolf-like head protrudes from her nether regions to leer back at him. Barbara Creed took this image for her famed book The Monstrous-Feminine: Film, Feminism, Psychoanalysis, and suggested that it’s a key representation of what some would call the ‘vagina dentata’, although Leunig probably thinks that it’s just a joke. Or at least let’s hope he does.