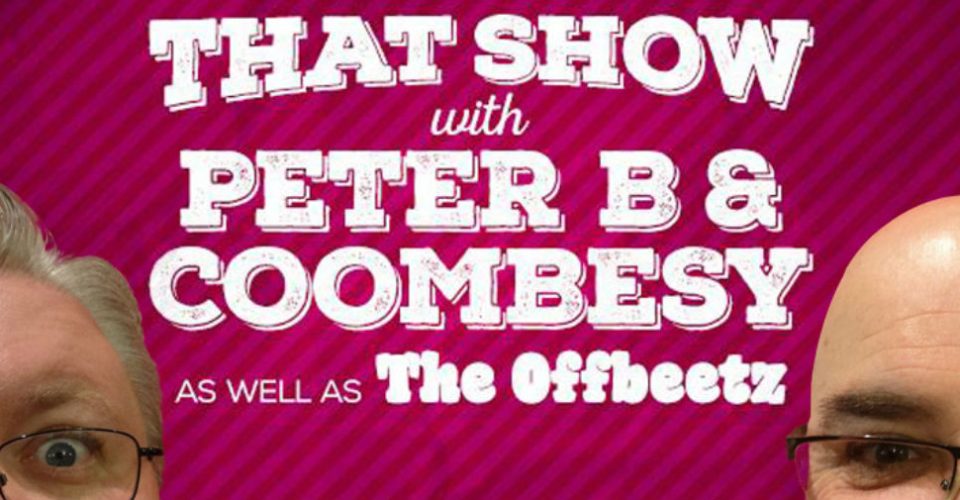 Stepping out of the shadows and into the limelight by hosting their own brand of variety show, Peter B and Coombesy are living the dream with this, their debut Melbourne International Comedy Festival show.

With a strictly limited season of four shows only, Peter B and Coombesy are bringing together a fine list of friends from the comedy and entertainment scene for 90 minutes of laughs, songs and prizes.  Yes that’s right –  they’re reviving the old style Spinning Wheel!

This is Coombesy’s second stint at the festival, having supported Adam Hills on stage for his entire Clown Heart show in the 2015 MICF.  Coombesy has been battling terminal thyroid cancer for the past three and a half years. He met Adam as one of his bucket list wishes and a friendship blossomed from there. In 2013, a dare was made for Coombesy to give his own style of stand up comedy a crack.

Both Peter B and Coombesy often joked about having their own show at the festival. Following a string of successful Gala shows in 2014 and 2015, as well as shows in Sydney and Newcastle, (and on-board a cruise ship in the Pacific ocean!) they’ve plunged into the deep end to bring ‘That Show with Peter B and Coombesy’ to the masses, with lots of laughs along the way. 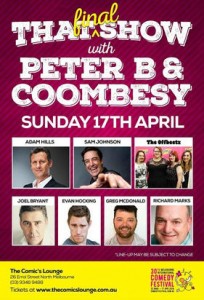 Performing on the final night alongside Peter B & Coombesy will be:

Be sure to catch this fabulous night of comedy while you still can!