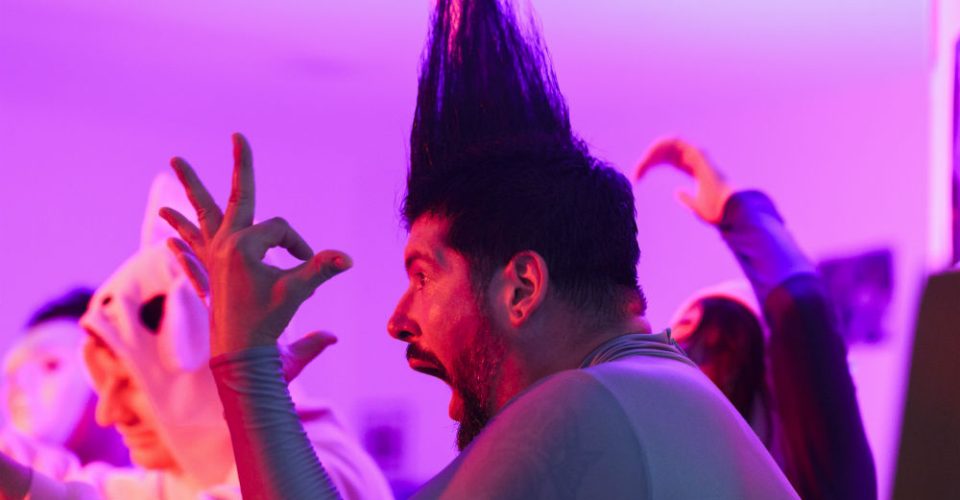 Peter Baecker will take you on a dance down lane with two Adelaide Fringe shows; 80’s by PeterBaeckerLIVE – Show & Party and 80’s KIDS – Show, Disco, Stars! Both shows circle around the joy that is ‘80s pop music and the relationship that we all have with this iconic era in music – and everyone gets to dance.

80’s by… is entirely shaped by each audience and culminates in an hour-long euphoric dance party. 80’s KIDS invites kids to play, explore and dance at a baby rave for mums, dads, aunties (big kids)

and their kids. It takes an audience of little’uns on a journey of self-expression: learning to DJ, choreographing dance routines and putting together a show – all to the energetic rhythm of ‘80s pop. Everything is in play at this interactive kids disco.

Here’s what Peter had to say in his Q&A.

“1995, a youth club in the little town I grew up in Austria: Perchtoldsdorf. We decorated the room for a week. We built a Go-Go cage. I had a beard and wore a dress made from a curtain. You could tell that there would be a special approach to performing.”

“Telling everyone and make them applaud.”

“My love for music made me start to DJ. And I love dancing. So every time I played a song I love (which was nearly every one) I started dancing and became my own Go-Go. Through hundreds of performances I developed the character PeterBaeckerLIVE who fuses these two loves and brings it to the boil.”

“‘That’s just what this country needs: a cock in a frock on a rock.’ – The Adventures Of Priscilla, Queen Of The Desert. This movie also inspired me to start performing!”

“My Mohawk is a tribute to Vince Clarke, when he was with Yazoo. Vince Clarke’s music has a direct connection to my emotions.”

What’s the best trick you have up your sleeve?

“The tight silver suit that I wear doesn’t allow any tricks. You’d see them immediately. That’s the beauty of it. What you see is what you get and there is no hidden agenda.”

“When I was younger I always wanted to be at Woodstock, but growing up taught me that the best place to be is always now!”

“My mum’s radio in the kitchen always played the current hits at full volume. This calibrated my ears to ‘80s Pop which I’ve loved ever since.”

“Danke schoen, es hat mich sehr gefreut!” which is old Viennese German for Thank you very much, it’s been a pleasure!”

Click HERE to purchase your tickets for 80’s by PeterBaeckerLIVE…

Click HERE to purchase your tickets for 80’s Kids…