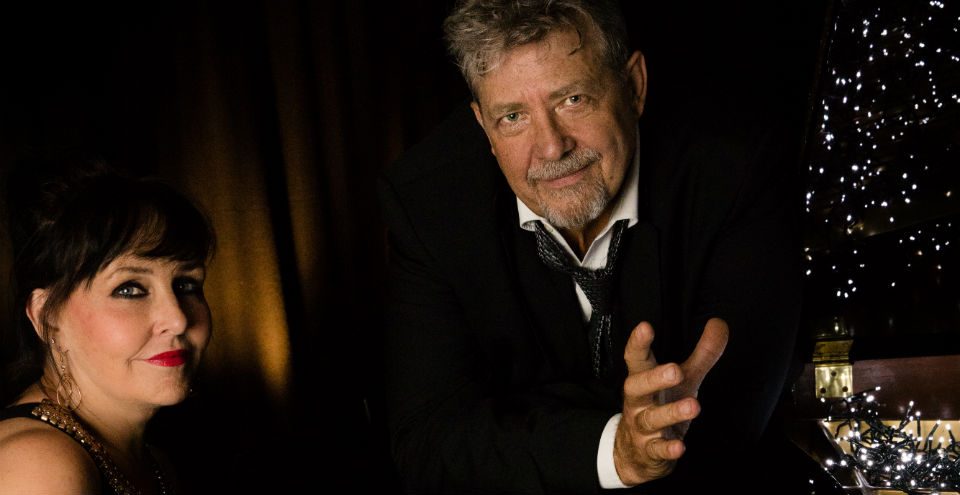 [WORLD PREMIERE ~ AUS ~ IF YOU LOVE… MUSIC THAT MOVES YOU]

One of Australia’s best loved and internationally recognised performers Philip Quast began his career with State Theatre Company of South Australia after graduating from NIDA and has spent his life on some of the world’s biggest stages and alongside some equally-amazing artists. Armed with songs and stories of his fantastic life Philip Quast, accompanied by pianist Anne-Maree McDonald, is returning to one of his favourite ‘homes’ as part of Adelaide Cabaret Festival 2019 – for one show only.

We speak with Philip, via email, and begin by asking about his memories of performing at the Playhouse.

“I first performed at Dunstan Playhouse (previously known as simply The Playhouse) when Don Dunstan has just retired as Premier in 1980. I’d have to look up archives to know how many actual performances I did there but I think I was in 12 plays,” he says. “We were in four-weekly rep as part of the then South Australian Theatre Company run by Colin George. It was a permanent company and as a young actor many of our technical skills were honed by watching older and more experienced actors working and taking us under their wings as part of the tradition of honouring lineage.”

Does the Uncut part of your show title imply that you will be revealing all about the darker side of Playschool?

“There are many many stories I can and could and do tell about Playschool. Some though could be deemed now politically incorrect,” Philip says. “So I monitor carefully what I say in the spirit of change and how ‘us’ older actors have a responsibility to change. That being said I believe there was nothing racist or sexist in our ‘play’ – merely rude and in the vein of what children like. 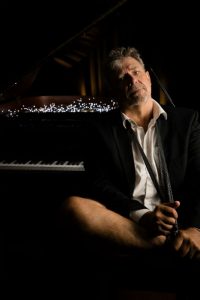 “It’s all poo and farts and taking control of bodies at Playschool age. And they rather like having an adult as a friend who isn’t exerting power over them through physical domination. (On Playschool an adult is at eye level and not ‘titled’ – it is first names). But I never know what I am going to say in a show so it’s very possible my Playschool persona will take over, I’ll get excited and reveal something which is Uncut.”

What can audiences expect to see and hear in Uncut?

“I’m afraid there are songs I’ll sing because I always sing them and never tire of doing so. Any Cabaret MUST have something to say – about me or my place in this world,” he says. “I find it very difficult to sing ‘musical’ songs out of context i.e. out of character.

“But there will be a few surprises. I want to talk a bit about my life and reveal some anecdotal experiences. When you work with Sondheim and people like Imelda Staunton, Emma Thompson, Bryn Terfel, Trevor Nunn in London and New York there is much to tell. Over a forty year career it cannot be otherwise.”

What are some of the songs we can look forward to hearing?

“That would be telling. After the recent production I was in of Follies I announced I wouldn’t be doing anymore musicals. It will never get better for me. But Anne-Maree McDonald talked me into this one. We work together team teaching. She has courage and tenacity and her love of music is infectious. We are friends so I found it hard to say no to her. And she’s GOOD!”

Will Anne-Maree McDonald be singing at all in this program or will she be resisting the urge?

“I hope not,” Philip says. “She’s such a wonderful performer. I had a huge crush on her when she was with the Australian Opera. Trouble is she’s also a brilliant accompanist. Maybe I will get her hit a few notes. She’d better be ready!”

Has Uncut been put together specifically for Cabaret Festival or do you plan to tour it elsewhere?

“This show has been put together specifically for the Playhouse. Of course, there may be other times we will sing in different venues. But both of us are so busy with teaching and our families, plus I’m filming a new TV series at the moment, so it’s difficult to see how we’ll find the time. It may be a first and last.”

What are some of the roles that have given you the most enjoyment?

“All the roles I’ve played have given me pleasure,” he says. “A painful pleasure of sorts because they are nearly all tormented, demented, rarely contented. It’s been exhausting. I have only one or two regrets and that was the ones I did for money. Never pays. Commercial managements are just that…commercial.”

Is there a role that got away? One that you would have loved to do but never got the opportunity?

“No, none… although possibly Billy in Carousel, but it never came at the right time or with the right Director. And I’m rather pleased I didn’t do Sweeney. I can’t hold back and it would have torn me apart. I was rather scared of it to be honest. The Judge was enough.”

Your world travels have recently taken you both to Beijing to teach western style musical theatre to Chinese professionals! How would you describe the Chinese appetite for Western theatre culture?

“The Chinese thirst for Western Musicals is insatiable! Though I think there’s an element of them lacking the confidence to perform their own stories in a Western manner,” Philip says. “They tend to want to replicate. But it will come. They are busy training young performers at the moment not to be subservient in the rehearsal room. Exploration of emotions is hard for them as it is borderline dissident and they are taught not to question of show emotion. As I said though, they are keen and will get there.”