Pixar In Concert: Animations Come To Life And Sound With The Adelaide Symphony Orchestra – Interview

Disney’s Pixar Studios have created 13 of the best-loved animated movies in recent times: Finding Nemo, Cars, UP!, The Incredibles, Brave, Ratatouille, A Bug’s Life, Wall-E, Monsters Inc, Monsters University and the Toy Story trilogy. Pixar have teamed up with symphony orchestras from around the world to present the memorable soundtracks [Randy Newman, Michael Giacchino, Thomas Newman and Patrick Doyle] alongside the visually stunning clips from these famous Pixar movies.

The Adelaide Symphony Orchestra and Adelaide Festival Centre are presenting Pixar In Concert for two concerts on theone day at the Festival Theatre. We speak with conductor Nicholas Buc via Skype from New York. He is currently finishing his Masters but often returns to his native Australia for his conducting work.

Nicholas begins by explaining how Pixar In Concert is in the tradition of Disney’s phenomenally successful Fantasia. 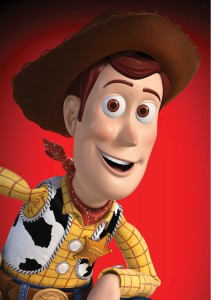 “Fantasia has been the Disney concert show performed by orchestras for many years – since the movie first came out,” Nicholas says. “Pixar is a specialised branch of Disney, so it was three or four years ago when someone in the Los Angeles officedecided to take the best bits – scenes and music – from all of these great Pixar movies and do a musical concert version.

“The way it works is that every film is condensed into a 7-10 minute trailer – no dialogue or sound effects – and then they have cut up all the best bits of the scores, synced it all up and packaged it together as a presentation of the very best of Pixar. For people who love the movies, or even those who have never seen them, it’s a good encapsulation of that whole world. Because there isn’t any dialogue, the focus is much more on the music.

“Obviously, people will be watching it on the screen, but just the fact that you have a live orchestra there really highlights that musical component,” he adds. “This will be the sixth or seventh time that I’ve conducted this concert, so it’s slowly making its way around the world. It was actually performed in New York about a month before I arrived here, conducted by famous film composer David Newman. His brother, Thomas Newman, has does some of the Pixar scores and also wrote the music for the last James Bond film.”

Randy’s most recognisable song would have to be You’ve Got A Friend In Me from Toy Story.

“Yes. And Randy has actually done the most Pixar films of all the composers; his voice and his language is certainly synonymous with these movies,” Nicholas says, “This is one of those concerts where it’s a real delight for people who either like Pixar movies or film music, or for kids; there’s a whole range of people coming. It’s also great for the orchestras themselves as these types of shows bring a whole new type of audience, and it’s an alternative to a pop show with an orchestra backing – like the Ben Folds concert I’ll be working on with the ASO.

“Metallica started it back in the 90s – the kind of band you would never picture with an orchestra. KISS also had a successful run.” 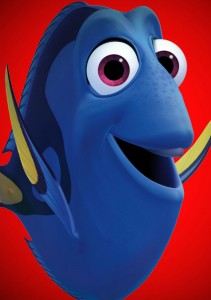 Even though these are children’s movies, many adults love them as well. Pixar movies, and their soundtracks, really are relatable for all ages.

“That’s exactly right,” he agrees. “UP!, for example, every time I have done that part of the show, there are always people crying at the end because of the married sequence where his wife died, which is quite sad; it’s the music that does it!”

How did you come to be involved?

“I was doing a tour with Tina Arena. We had a concert at the Opera House and I was backstage, having a chat to the people in the green room  – as you do – and there was a promoter talking about Disney’s Pixar In Concert. I told them that it sounded fascinating and that I liked film music… and then asked if they had a conductor. I’d just finish doing Hitchcock’s Psychos – the entire film with live orchestra – so I had experience in performing this kind of thing. It was six months later that I got an email asking if I was still interested – which I was.

“It began with the Sydney Symphony Orchestra, then Hobart last year and Perth earlier this year. We then did it in Taiwan, Hong Kong and Malaysia. It’s a lot of fun but actually really hard, as a conductor,” Nicholas chuckles. “The syncing of marrying the music to the very precise animation, like the old Warner Brothers cartoons where every action is mimicked by the music, from fast chase scenes, big orchestrations, changes in tempo and speed, loud and soft and the orchestra has to follow that. If you get out of sync, it can almost mean disaster.

“The music, itself, is very difficult to play; it’s not like Mozart of Beethoven where these guys have played it many times before, they are sight-reading it and only get a couple of rehearsals to get it together. It’s certainly worth the challenge but it can be tricky.”

Is doing something so out of their normal genre of performance fun for orchestras?

“On the whole, yes, but it really depends on the players,” he replies. “There is always the odd grumpy-bum who just wants to sit there and play serious classical music which, at the end of the day, is not always a realistic option. Percussionists are the first people to love anything new and crazy. But in my experience, most time the orchestras do enjoy it, especially with this Pixar stuff. There are elements of James Bond, a blending of that romantic Hollywood sound mixed with more modern elements. Brave, and the music of Patrick Doyle brings a Scottish feel, filled with bagpipes and that particular Celtic feel and UP! has a Viennese-styled waltz. The Brass section during The Incredibles can’t wipe the smiles from their faces, they are loving it so much, so one program is providing a wide variety of music.”

You are a composer and musician, so was conductor ever part of your plan? 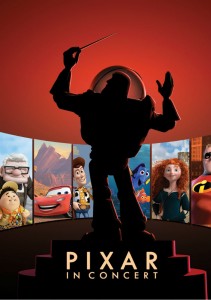 “Well, if you ask my mother she would have said that when I was four it was the first thing I wanted to do, apparently,” Nicholas laughs. “I wanted to be a composer first and foremost, which is why I’m here in New York furthering that. I also do a lot of musical arranging, but conducting was something I fell into as an aside. It’s actually a handy skill to be able conduct your own compositions and arrangements. My university undergraduate degree started out with violin before moving on to piano and then composing, and now conducting.”

You just like waving a stick around, don’t you?

“Yeah!” he agrees, waving the pencil around that he has been holding for most of the interview. “For me it’s pure fun; there’s no power trip that goes with it.”

You don’t look like your typical serious-faced composer though.

“And that’s why I get hired for things like Pixar and Ben Folds,” he says. “The orchestra has probably had a very serious week of Milo with a very serious conductor and they’re mentally and emotionally exhausted and they need someone fun like me to come along and give them a good time.”

How animated are you when you conduct?

“My wife tells me I dance on stage. There was one time when Tina Arena kicked her heels off near the end of the show, so I decided to copy her… not realising that I had a massive hole at the back of my sock – which actually appeared in the review,”Nicholas laughs. “I’m obviously not a well-paid conductor that I can’t afford to buy socks.”

Do you have a favourite moment in this Pixar concert?

“It would have to be the transition between the end of the first half and the start of the second,” Nicholas says. “The first half ends with UP!; people are crying as they go into interval a blubbering mess. And then we come back with The Incredibles which is the biggest blast ever! It really knocks the wind back into the audience and picks them up off the floor.”

It is generally adults that attend orchestral shows, so productions such as this must really open them up to new audiences – young and old. Are children overwhelmed by orchestras? 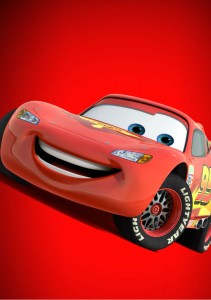 “There are often children, some as young as four or five. They are generally glued to the screen and really enjoying it. They’ve usually seen the films and therefore are quite familiar on a subconscious level of the music.”

Will this show be touring around Australia?

“Not really. Rather than being a touring piece, it is more something that an orchestra can hire from Disney ad presenting it themselves. I’ve been in talks with the MSO and hopefully Queensland will pick it up later on.”

Does an orchestra actually need a conductor if what they are doing in sight-reading?

“A gig like this, they probably need me more than they would in a normal classical concert,because a lot of that music is so familiar to them that and so they are almost channelling different interpretations through the conductor. Whereas, here, there is very unfamiliar music and rhythms than what they are used to so I become that facilitator that joins all the dots together.”

“Go forth, buy tickets, come see my socks [laughs]! I could start my own trademark thing like being that famous conductor guy who wears holey socks.”

Or you could wear brightly coloured socks? People would be able to see your rainbow socks as you dance around in your black suit – it could be your shtick.

“And they could call me Twinkle Toes or something.”

You could use glow sticks.

“I was asked to conduct a Star Wars premiere with a light sabre,” Nicholas concludes. “But I didn’t do it as those sabres are far bigger than a conducting wand and there could have been some musicians’heads getting knock off in the excitement of it all.”

Nicholas Buc and the Adelaide Symphony Orchestra perform Pixar In Concert at Festival Theatre from 2pm & 7.30pm on Sat Nov 15.