It Always Pays To Have A PlanB: David Robinson – Interview 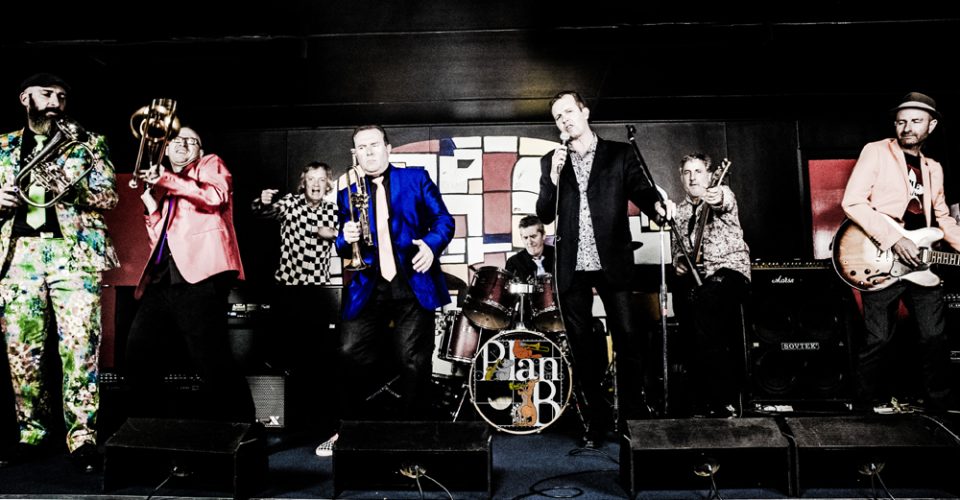 Since reforming in 2009 after a lengthy hiatus, the members of PlanB have been busy. There’s been a debut album, a couple of tours of South-East Asia, numerous line-up changes, more than a few film clips, and some inspired songwriting. On the eve of the Adelaide launch of the band’s new album, Time Is A Diamond, The Clothesline sits down with lead singer and front-man David Robinson and asks how he’s feeling about the upcoming show.

“I’m feeling good,” he begins. “Rehearsals have been going well, and the whole band is looking forward to something really special this Saturday night at The Gov.”

When did you join PlanB?

“It was sometime in the middle of 2015. I hadn’t been in a serious band for many years so I didn’t quite know what to expect. I was so used to being a one-man operation I wondered how I’d cope as part of an eight-person decision making team. It’s been fine; I think the music we make is fabulous.”

Did you know any of the band members before you joined?

“Some more than others,” David explains. “I kind of knew the guys because I’d reviewed the first album and written a piece about them for SCALA News. I’ve been good friends with Adrian (Miller, keyboards) for the best part of two decades. I also knew Peter McIver through various musical associations. And Sneaky Pete (Flierl, bass) and I go way back, albeit a little unconsciously. His band, Del Webb Explosion and my band The Vents played a few shows together back in the ’80s. I have photos of us playing at a gig at The Aurora Hotel from 1981…” 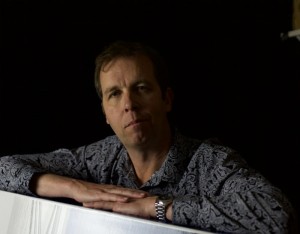 What are your thoughts on Time Is A Diamond?

“I think it is a really good album. Usually, when I get to the end of a recording process, the last thing I want to do is listen to any of it!” he laughs. “But, with this record, I find that I don’t mind giving it a spin and grooving away to the tunes.

“A lot of work went into creating the sounds on the album; there were many animated discussions about elements of the songs and, with most of us realising that a little compromise can go a long way, I think we’ve just about achieved what we set out to do.”

What are you most looking forward to about the launch?

“Two things,” David says. “Firstly, it’s a celebration of something good. We are hoping that the evening will give us a chance to showcase what we’ve been working on all this time, in front of our friends, fans and families. We hope that they enjoy the music, and the evening, as much as us.

“Secondly, the launch marks the ‘end of the beginning’ in some ways. We’ve all worked so hard, getting to know each other musically and personally, learning the songs, recording the album, getting out on tour… this feels like a kind of pay-off.

“After Saturday, we’ll be starting to really think about the next album,” he adds, “as well as our other plans for 2017”.

Speaking of tours, how was the UK jaunt?

“It was a very busy four weeks. We bounced around the place, from north to south and east to west, going understandably to where the gigs had been offered. It kept us on the move, that’s for sure. We met some great people, some of whom have supported the band for ages, and we enjoyed some fabulous adventures. We were interviewed on the BBC and also by legendary pirate-radio station Radio Caroline. We played at four festivals, and also at a number of other venues across England, Scotland and Wales. All of the shows were different in terms of scope, audience and type of venue, but they all provided something to remember.”

“We’ve been very busy trying to encourage others’ engagement with the band and the album; including the folks we have known for years as well as those new to the world of PlanB,” he says. “Sneaky Pete and I have been interacting with various media people, the brass section has had to reconfigure itself, and we’ve had to get a few more songs bedded down before the launch.”

How would you describe PlanB’s music?

“PlanB plays proper, grown-up, rock-pop,” David says. “The songs are memorable; there’s a range of songwriting themes and the arrangements differ from song to song. We incorporate a multitude of influences, as we all come from different musical backgrounds, but the sound we make is definitely our own.

“There’s a danger of limiting your impact if you only do certain types of shows, if you resort to cliché and cheap tricks just to get applause, or if you define yourselves as a certain type of band. We are aware of that. We are, quite simply, a band for today.”

What about tomorrow? What’s next for the band?

“In the slightly longer term, I think we’d like to make another album next year, and go on tour somewhere. There are a few irons in the fire but there’s lots to be discussed between the eight of us before we head off anywhere.

“Before that, it would be great to see if we can create an album from the live recordings we made on our UK tour. I think that would be something worth capturing and distilling.”

Any last message for the good folks of Adelaide?

“Yeah; come on down to the launch,” David concludes. “You won’t regret doing so. We’ll be pulling out all the stops to ensure that, in the words of The Beatles, a splendid time is guaranteed for all.”