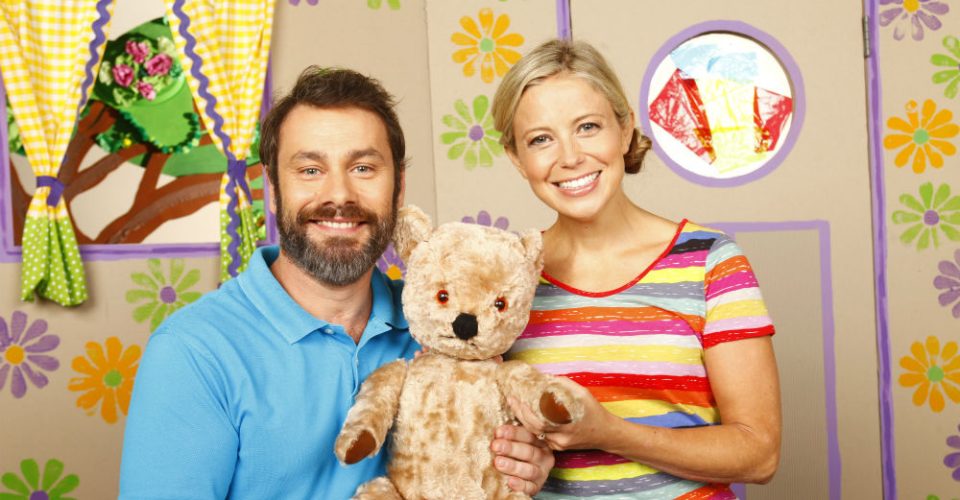 Since 1966, ABC’s Play School has been entertaining pre-school children with a bear in there, a chair as well, people with games and stories to tell. Along with favourite toys – Jemima, Big Ted, Little Ted and Humpty – plus regular familiar presenters, generations of children have learned how to use their imaginations to create their own games along to classic nursery rhymes and other fun songs from the comfort of their own lounge rooms. Now, Australia’s beloved Children’s television program, along with presenters Rachael Coopes and Teo Gebert, is returning to Adelaide with their brand new show Once Upon A Time.

A film, TV, theatre and voice over actor for 25 years, Teo Gebert has been a regular presenter on Play School since 2004, which he says is worlds away from his television and film roles on Underbelly: A Tale Of Two Cities, Home & Away, Stingers, Fatal Bond, Sniper: Reloaded and Crooked Business, although never getting his name read out on Romper Room as a child hasn’t stopped him from enjoying a career in Children’s entertainment.

“Once Upon A Time in a new show all about storytelling – if you hadn’t already guessed that from the title,” he laughs. “We have a huge storybook on stage with us and every time we turn a page, we do that with the help of the kids – making this an extremely interactive show. Each page turn introduces another famous Play School toy, along with a nursery rhyme performed in our special Play School way. It’s a really fun show and the forty minutes whoops along very quickly; the kids never stop having the chance to vocalise, move, dance and imagine.

Big Ted is looking pretty old these days. Is he the original bear?

“No,” Teo chuckles. “I think the original one was stolen many years ago. Trivia has it that all of the toys used to be kept in a big plastic trolley bin… until someone came along and decided that they needed to be in a more special place than that and put them all in a display cage. Play School will be 50 next year, making it the longest-running TV show in Australia and the longest-running children’s show in the world – but, for the sake of the children, all of the toys are the originals [laughs].

“A few of the toys actually have been stolen. Hanbal disappeared a while back, and we haven’t seen Jim for a while.”

How long did it take you to get past the giggles of being a grown adult playing with toys on a children’s program?

“One of the things they look at auditions is a certain honesty within the performers. As actors we are taught to not look at the camera, which is exactly what we do on Play School, so it’s a matter of pretending that you are talking to a particular child. I’ve never feel like I am making a fool of myself because I know exactly who I am doing this for. The giggles tend to happen off-screen, even though it’s a relatively high-stress job. There has been and are still so many great performers that appear on Play School that you really want to really want to put up your best game, along with a real sense of integrity – in a nice, happy, joyful, honest way!”

Do the presenters get an opportunity to contribute ideas to the show?

“Some of the writers write with particular actors in mind. I get to be the mischievous one so I tend to tell a lot of stories where I get to play silly characters,” Teo says. “I love watching Rhys Muldoon doing Play School because you never know if he knows what the next line will be or not, which can be a bit dangerous. He’s a bit like John Hamblin from years ago, who was so naughty – not that you can really do that now.

“There’s something fun about Play School where the actor can bring themselves to it, which is good. The great thing about the stage show is you get to be a bit more playful that what you do on TV. The Mums and Dads often thank us for the funny and subtle adult jokes as well. Nothing rude or anything close to what Hamblin got up to [chuckles] but we do try to entertain the whole audience, not just the kids aged one to five.”

How much dressing up is there during the show and how involved are the kids in this?

“I do a fair bit of throwing on different hats and wigs as I perform different characters,” Teo says. “The kids aren’t allowed up on stage but I do try to take them along on that journey, which can be a lot of fun. Sometimes I find it hard to believe that I get paid to do what I do.”

Are these classic stories that you will be performing on stage?

“Many of the are classic nursery rhymes that we give a silly twist so that we can bring the toys in and make them the characters within the little stories that we tell.”

Sometimes the songs on Play School are a little unexpected. Often there are nursery rhymes or songs by well-known children’s performers like Justine Clarke and The Wiggles, and other times we see a reworking of a classic tune form more than twenty years ago.

“Justine’s songs are definitely more modern,” he agrees, “and the classics like Twinkle Twinkle Little Star will never be faded out, but some of the disco songs are a bit strange – in a fun way – and even Kung Fu Fighting has made it into that show. That’s when you know things are getting a little silly [laughs]. But it’s a great show so it all good fun.

“Once Upon A Time is a great little show, filled with 40 minutes of fun with Big Ted, Little Ted, Jemima, Humpty, Mika and Fergus the Frog. We’re looking forward to coming to Adelaide and meeting everyone.”

Play School: One Upon A Time performs at various times and locations on Sun 16 Aug until Sun 23 Aug.

Book at Kids Promotions at www.kidspromtions.com.au. Click HERE to purchase your tickets. 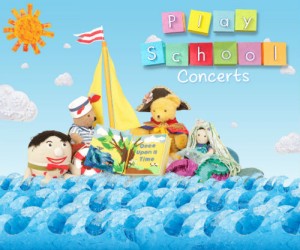