Puppetry Of The Penis – The Best Bits Tour: Get Yourself A Lesson In Genital Origami ~ Adelaide Fringe 2020 Review 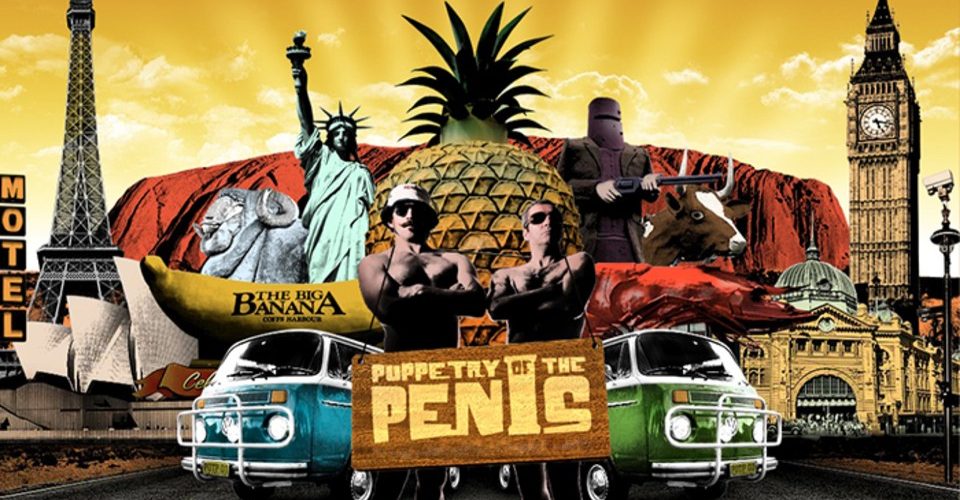 The Peacock at Gluttony, Fri 15 Feb.

Simon Morley and David ‘Friendy’ Friend have now been performing their so-called ‘genital origami’ for internationally audiences for 21 years. After touring in 35 countries, the Aussie lads are back to amuse Adelaide Fringe goers for another year. The performance certainly had broad appeal. It attracted a young hen party, and stags too, but also had middle aged audience members and oldies laughing, tittering (and cringing) along.

To share too much would spoil the fun, so let’s just say that Simon performs a feat that has surely been tried by everyone born with a penis, and Friendy demonstrates an impressive disappearing act. Close up ‘penis cams’ project their origami creations and dick tricks up on the big screen for all to see.

Audience participation is sought but, thankfully, hen and stag party members are drunk enough to enthusiastically offer their services, leaving the rest of us slunked down in our seats sighing with relief!

If you have never seen Puppetry Of The Penis and the many many skills they have for just ‘dicking around’, it is a must see for all broad-minded Adelaidian and anyone who enjoys a laugh and fun night out!

Puppetry Of The Penis – The Best Bits Tour continues at The Peacock at Gluttony from 9.30pm until Sun 15 Mar.

The gentle (?) art of Genital origami.