PUTTING THE RABBIT IN THE HAT by Brian Cox: In Long, Loooong Succession ~ Book Review 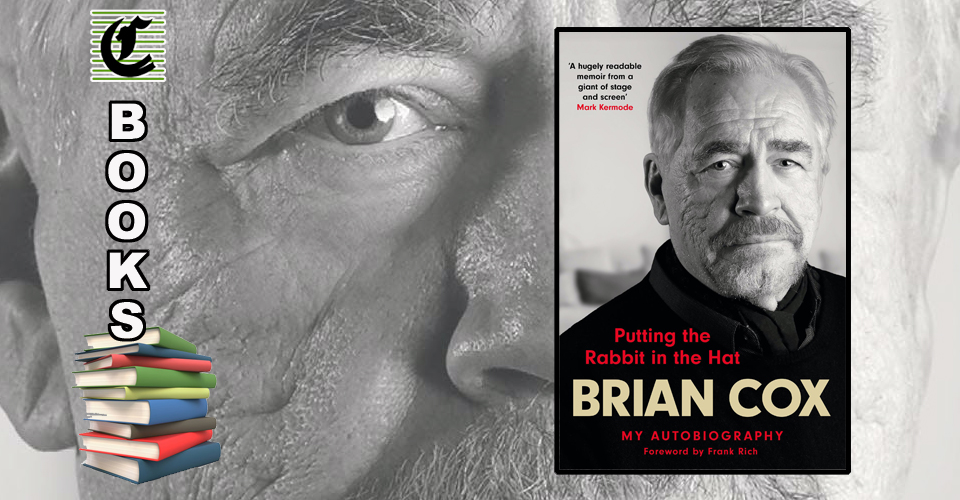 Brian Cox (the Scottish character actor, not the star Manchester physicist) here discusses his life in movies, on TV and, mostly, on the stage, and although he has many tales to tell he also feels the need to go on (and on, and on) about actory technique and thespian style, to the point where most readers will wish that he’d belt up and talk about Manhunter and the smallscreen hit Succession.

Growing up in Dundee, Cox was one of five children to a well-to-do Dad and a psychologically tender Mum, and when his father died suddenly and his mother fell apart, he spent most of his time on the meaner streets and in many cinemas. It was here that he decided he wanted to be an actor, and a lucky break when he was teenager led to him being taken in as a dogsbody-type at a local theatre, which he adored – until the place burned down.

Into the ‘70s and ‘80s he never quite ascended to the celebrity of his friends Albert Finney, John Hurt and many others, but he kept on working, and while we surely want to hear about his sometimes fascinating experiences treading the boards and celebrating The Bard, he keeps on slowing things down greatly by describing, in at times florid detail, what it is to be… (dramatic pause)… an ack-tohhrr.

And yes, he is an actor, and we know that, but he could get to some of his key professional moments rather quicker. When he eventually discusses Manhunter (1986), the odd-one-out, pre-Silence Of The Lambs cult classic where he plays a differently-spelt Dr. Hannibal Lecktor, it’s certainly intriguing, and there’s obviously a streak of understandable bitterness when he acknowledges that, yes, Anthony Hopkins’ later legendary status as the character tends to overshadow his slightly less showy performance.

It’s also interesting that he didn’t quite become the prestigious Brian Cox we know today – and grow in proper fame into the 2000s – until he confronted his demons and childhood trauma, and then he was able to get into Adaptation, The 25th Hour, The Bourne Supremacy, Running With Scissors and, yes, Succession. Finally.

What he also needed was a good editor, so maybe the other Brian Cox could have helped him chop out 50 pages or so?