QUEEN, REVISED AND UPDATED: THE ULTIMATE ILLUSTRATED HISTORY OF THE CROWN KINGS OF ROCK – Book Review 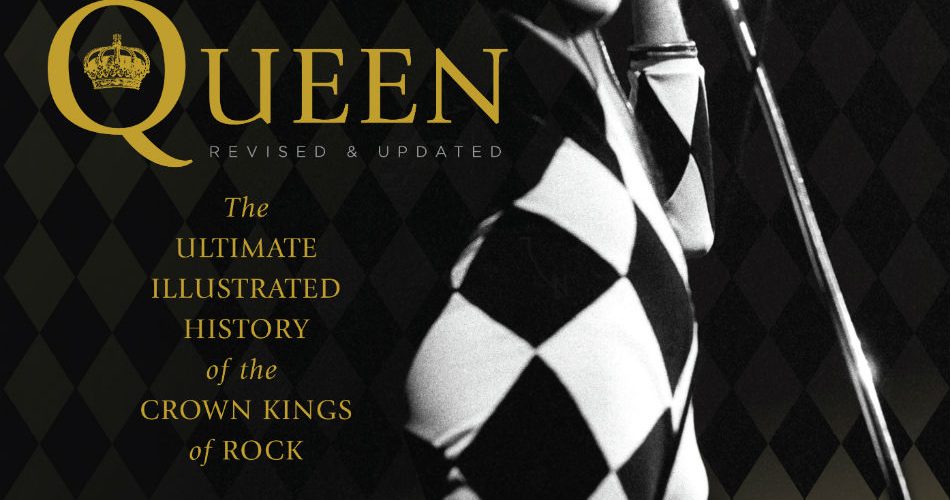 Sutcliffe’s updated tome (first published in 2009) makes no apologies in claiming that stadium rockers Queen (who decided to remain essentially disbanded since the death of their lead singer – unlike INXS) are one of the greatest rock groups not only of the ‘70s/‘80s but all time. And after you read this intricately detailed, glossily illustrated book you’ll probably have to agree. 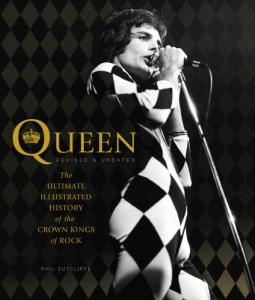 Chronicling the lives of members Freddie Mercury (born Farrokh Bomi Bulsara in Zanzibar), John Deacon, Roger Taylor and Brian May before they formed the group in 1970 in London (and no, they didn’t call themselves Queen for the reasons you’re probably thinking), their first albums are then profiled here, with the unsuccessful Queen and Queen II leading to Sheer Heart Attack (with the popular Killer Queen) and, finally, A Night At The Opera in 1975, the best-known song of which you might have heard of: Bohemian Rhapsody. This gloriously overblown, grandiosely eccentric and then-daringly long (6:04) track is still one of the key Queen classics, yet Sutcliffe demonstrates that virtually everyone except Freddie thought it was insane to put so much time, energy and expense into creating a song that no radio station would play and no one could possibly enjoy all in one sitting. And how wildly wrong they all were.

Guest writers (including photographer Mick Rock) discuss individual Queen albums throughout (and this includes the soundtrack to the cheesy 1980 shot at Flash Gordon), while Sutcliffe can’t help but get into the ‘70s sleaze and druggy excess that underpinned so much of Queen’s lives as megastars into the ‘80s, complete with press events with free cocaine and hookers, the all-nude video clip for Bicycle Race and Freddie’s love of the ‘80s New York and London gay scenes (after his late-on ‘coming-out’). And after hits like Another One Bites The Dust, Under Pressure (with David Bowie) and I Want To Break Free, as well as the band’s legendary appearance at Live Aid in 1985, the fun stopped somewhat after Freddie’s HIV diagnosis, and their last few sadder, more soulful offerings are studied, all performed as Mercury stubbornly refused to give into despair.

And, as a wise man once said, any way the wind blows…

Queen: Revised And Updated is now available through the Allen & Unwin website. Click HERE to purchase your copy.