Raymond Crowe is The Unusualist: So Much More Than Your Average Illusionist – Interview 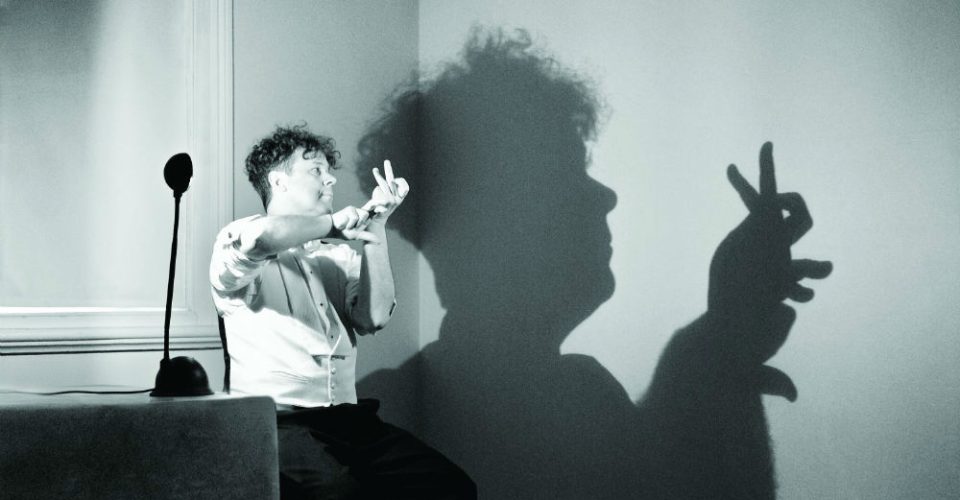 Raymond Crowe is not your typical run-of-the-mill magician. Aptly titled as The Unusualist, he is an illusionist, cabaret performer, comedian, shadow artist, ventriloquist, mime artist and quite possibly a genius. Originally from Adelaide, Raymond has toured the country and the globe performing on television, at theatres and variety galas – including the Royal Variety Gala, is in constant demand to appear at corporate gigs and has performed along side or in front of some of the biggest names in the entertainment world. Most recently he has been touring with The Illusionists 2.0 and is now presenting his solo show at Her Majesty’s Theatre for one night only.

Driving from Hunter Valley to the Gold Coast as we speak, Raymond happily discusses his appearance as a contestant and Grand Finalist on Australia’s Got Talent in 2013, something of a surprise considering he already has a career and had performed a solo show at the Adelaide Fringe that same year.

“It was all about exposure,” he begins. “Australia has no variety shows on television where a ‘sight act’ such as myself can perform. Comedians are easy to put on anywhere because they are talking heads but for a visual act, there are no avenues. We [my manager and I] realised that if we wanted more people to come along to the shows, we needed to let people know that I do more than just hand shadow puppets. 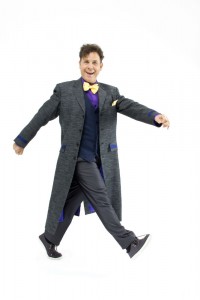 “It was a pretty frightening exercise because you just don’t know what the judges are going to say. A friend of mine had been on a couple of weeks before me and they eventually nailed him – even though we thought he would go all the way through. In the end, I didn’t get one bad comment, and we didn’t expect to win; it was mainly to get as much exposure as I could. It paid off as I do a lot more corporate entertainment, which is the majority of my income now, so I’m enjoying being very busy.”

Following AGT, you performed around Australia in The Illusionists 2.0.

“That show continued to tour to New Zealand, Mexico, Abu Dhabi and Dubai which finished only a few weeks ago,” Raymond says. “But then we head to Melbourne in January. It’s been really nice working with other performers after being a solo act for so long; it’s great to watch others perform their own forms of illusions. I’ve performed with many of the guys overseas before so it was nice to see magic being so well received in this country.”

You have also been performing solo overseas. How have international audiences taken to you?

“With a stick,” he jests. “It’s been great actually. One of my magician mentors told me I should be human. ‘If you are human you can work anywhere in the world’ she said. She’s had some quite famous students over the years.

“My personal interest lies with novelty and to keep it accessible to all age groups. The weird thing is I never really planned for my performances to be for children but it does have a certain innocence about it, I guess,” Raymond says. “We did a show earlier this year in country New South Wales and had this old guy come up and ask how long we were staying in town because he wanted to show me his ‘bullshit stick’. It was only when he described it that I knew exactly what it was; a trick toy that, if you knew exactly how to operate it, you could make the propeller go around on the stick. There was a secret method of doing that to make it turn one way or the other.”

Your performances really are open to all ages. Children are amazedat your tricks and puppets, and adults are also amused by your ‘dancing jacket’ trick and the banter that goes with it.

“The nice thing about magic is that it works on lots of levels,” he suggests. “I never do what they call ‘challenge’ magic where the performer plays like they are far more clever than the audience and therefore you’ll never figure it out. My interest is always in the interaction with the prop or the people. I’ve been doing this so long that I keep forgetting that some are trying to work it out.”

“While I’m performing, I can see some of the audience from the stage but only for some of the time, so I don’t always know how things are being perceived. When I was touring with The Illusionists, there was one particular section where I would be standing in the audience waiting for one of the acts to finish. It gave me the opportunity to look around at the faces, which was lovely, because even the toughest adults become children.”

There are so many facets to what you do as a performer. How do you come up with all of your ideas?

“Thinking up the ideas is quite easy. Putting them into practice and getting them up to a standard where they will make it to the stage is the difficult part,” he chuckles. 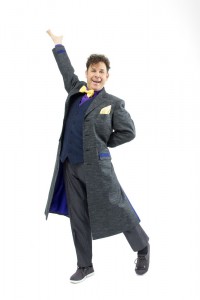 Raymond explains that he came up with the name The Unusualist after asking friends and show-goers to describe what he does with his many different skills. The words “unusual” or “different” came up a lot.

“The Differentist didn’t sound quite right…” Raymond laughs. “That then allowed me to do anything I wanted within the performance because I wasn’t dictated by being an illusionist or a ventriloquist or whatever else I may be. What has been nice is being able to use all the knowledge that I’ve gathered over the years and putting it in to practice. And in this show I get to do all the things I don’t get to do in the corporate world.

“I performed a corporate gig recently with Arj Barker. They decided to put me on last, which I worried about, being so laid back, but once the group accepted that I wasn’t not going to be mean when I pull them up on stage, they are happy to play along.”

Tell us about what is going to be in this show.

“People have been finding this show unapologetically fun,” he says. “There’s a lot of livestock in this show – apart from the shadow puppet horse, of course. We catch live goldfish in the audience, one of my best friends – who is a flea and a bit of a romantic – drops in, there’s a three-month-old baby and some paper butterflies that come to life – and then die again rather quickly [chuckles]. There’s a lot of audience interaction, the world’s greatest bubble blower, a bit of rear screen shadow play and a couple of hand shadow puppetry as well. It’s all quite a sweet performance, really.”

Your performances are great in the sense that you can take your children or your grandparents and they are all guaranteed to enjoy it.

“The material I do in this show is just the same as I do for the adult corporate audiences. What I like about that is that I don’t care how big and tough they are when they are working in their offices, when those people are invited up to play and they realise there is nothing vindictive going to happen, they all remember their childlike wonder and enjoyment of fun and magic.”

And you don’t swear in your shows.

“I do in real life,” Raymond laughs, “but there are children there. We made the decision early on that swearing wasn’t part of my character-base; it would isolate certain people. You can’t always please everybody, and things can get a bit boisterous occasionally, but it’s a bit like watching Shrek; the adults will get the double entendres that will go completely over the top of children’s heads and kids will laugh as the obvious stuff. We never actually planned it that way, but it suits the whole performance perfectly.”

Raymond told us, before continuing his drive to the Gold Coast, that he will be doing a meet-and-greet in the foyer after the show and would love people – young and old – to come and say hi.

“This is a family-friendly show; it’s not specifically aimed at children but children seem to love it, and everybody walks out with a smile!”

Raymond Crowe performs The Unusualist at Her Majesty’s Theatre from 7pm on Sat Nov 15.