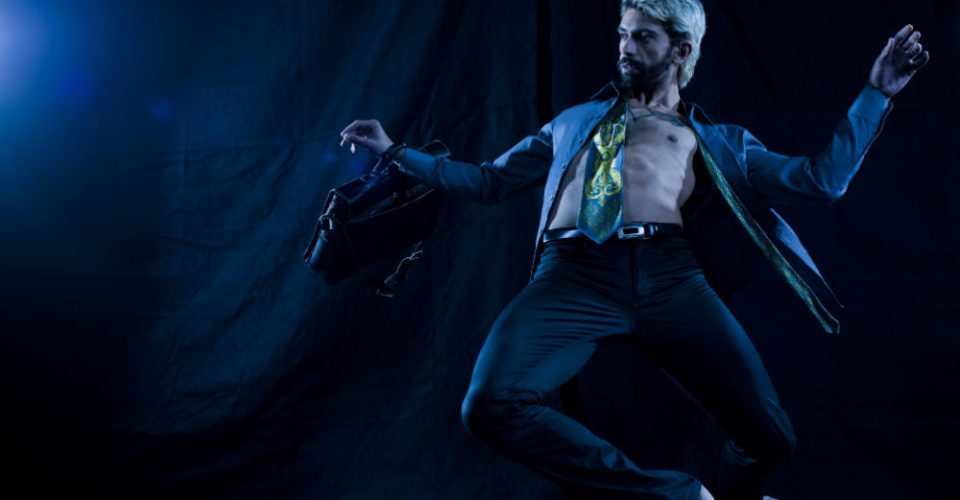 Multi-award winning local choreographer Daniel Jaber is soon to hit the Space Theatre stage with an ambitious contemporary dance work: Reassessment – A Double Bill. A two-part body of work, both pieces are described as captivating, provocative and highly personal for audiences and dancers alike.

The Clothesline speaks with Jaber about his career, influences and of course, the show and begins by discussing his obvious connection with dance from a young age.

“Yeah, well I’d tried all the different sports – my parents tried to get me to do cricket, basketball, baseball, football and I didn’t ever last longer than two sessions. And then came dance! I remember my first dance session as a jazz callisthenics class at a place called Hahndorf Dancercise Studio. It was just a bit of fun; there were four of us in the class, just hills people doing a bit of a dance to Cats or something. Later I started training with Christine Underdown in Adelaide, getting the bus to town three times a week. As soon as I met Christine I very quickly became aware that it was a career option and from the age of 10 or 11 I started that quest to becoming a dance professional.”

That’s a mature thing to be doing at that age…

“Yeah I think Dance does that to people. Maybe Arts do that to people… you become very addicted. Also I was really shy and hated talking to people and always felt like a bit of an outcast so (to be able to) communicate physically and not verbally was really very important to my psychological development. It’s exactly the same as kids who watch football games and think ‘I’m gonna do that when I grow up’. So I would watch a ballet performance and say I want to be like them.

“It was really rough. People at school were not generally supportive either of my ballet or my sexual preference and that was particularly challenging, but ballet kind of kept me going. I would know that at 3 o’clock I would be going to ballet class and that’s all I cared about really.

“I wasn’t very good at school academically either, I struggled a lot so I had this thing to look forward to that a) I excelled in and b) I really loved and c) felt myself wanting to do for years and years and years.”

As we chat about his current dance inspirations, Jaber shares his real passion with The Clothesline.

“Well it’s kind of interesting, I have recently transitioned from being a working professional Dancer to a Choreographer. Things have changed in me also and I think what once inspired me to dance is different now. It used to be because it was creative and I realise now that my favourite parts of being a professional dancer was always ‘creating’ the work. So the transition now is realising that throughout my performance career I wanted to choreograph and that kept me dancing for so long.

“I never really liked being onstage. I loved being in the rehearsal room and creating movement and working with other dancers; that passion exceeded my want or need to be onstage in front of people.

“What inspires me is the opportunity to say things to people through a language that isn’t verbal and I think audiences respond to dance because it’s a physical and visceral communication. As a choreographer you just have so much potential for making people feel and experience physical things. That’s what keeps me going in my work.”

As a choreographer Jaber explains that he has so much more control over what he wants to say. This has earned him a number of accolades along the way. We ask him to identify which one means the most?

“I’ve recently been nominated for a Helpmann Award for Best Choreographer in a Dance or Physical Theatre work for Nought (a highly acclaimed dance piece Jaber developed during his time with Australian Dance Theatre), so that’s kind of humbling and just makes me feel very proud that the work is recognised. That’s certainly the most prestigious award I’ve been nominated for.”

Jaber tells us about his recent appointment as Artistic Director/Choreographer at Leigh Warren and Dancers and what that means for him and for the future of the company,

“It was pretty mad. I knew for a long time that Leigh had the vision to hand the company over to me but due to the company’s instability in terms of funding and support from the government we weren’t sure if it was something we were going to be able to pursue or not. But through sheer determination we said ‘lets do it, give it a go’. There’s so much potential here. It’s exciting to understand that I can have a hand in the future of South Australian dance.” 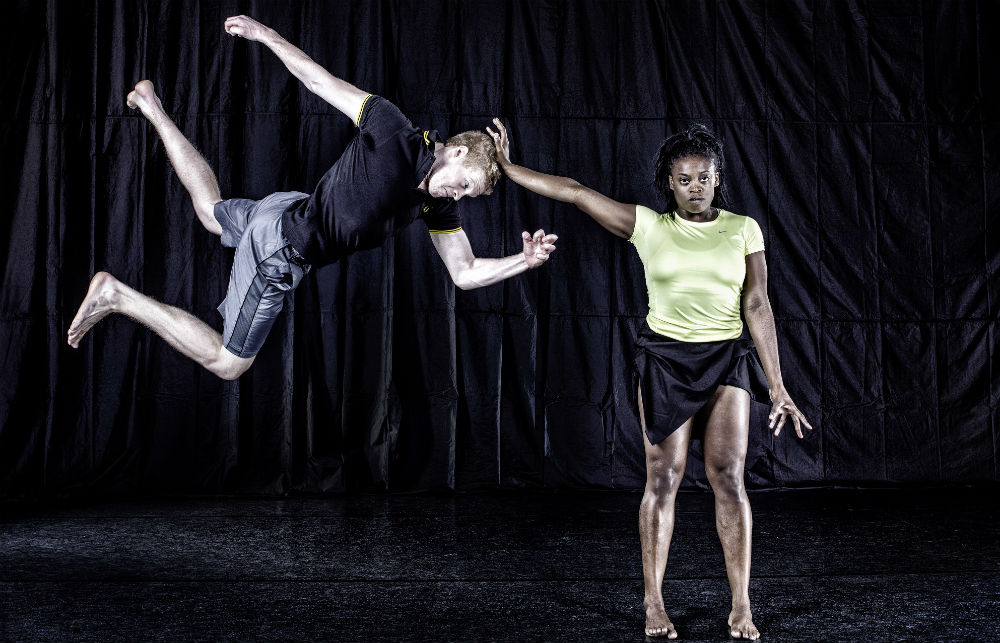 It’s no secret that keeping talent in SA is often a losing battle, so it’s refreshing to meet a world class artist whose feet are firmly planted on Adelaide soil. We ask Jaber where his commitment to Adelaide comes from.

“I get a lot of opportunities and offers from companies in Europe and Asia and sometimes it’s really hard to turn them away, but I’ve made a point of being a South Australian artist – one that is committed to the state. Hopefully my presence creates more opportunities for younger dancers.

“I spent 18 months in Berlin on professional development opportunities and one thing I really missed was the sense of community – an artistic community that was there for each other. In Adelaide, the (dance) community forms the backbone for the art form. Without that community our art form doesn’t really exist. I really missed that sense of belonging while I was away.”

About Reassessment – for those in the audience who are not Dance savvy, we ask Jaber to take us through the programme.

“In a way the evening is perfect for non-dance people. It comprises of two very contrasted works. The first piece in the evening is a solo work that I perform called Too Far Again, Not Far Enough and the second is a world premiere called Agile – performed by four diversely bodied ballet dancers.

“As a company we provide intriguing insights into the world of dance; both works are driven by a pre-recorded narrative. Voiceovers explain what you’re seeing, and pose questions and philosophies based on gender and ballet.”

So it’s a multi-sensory experience?

“There’s amazing costume and light and the soundtrack is beautiful. There is also Animation Art and texts. The works are very inclusive for an audience and we were really focussed on doing something that was for the audience but also something that was very personal. Nought was the epitome of my fascination with purism and abstraction – very clinical, cold, almost dismissive work. It was stunningly beautiful but nowhere near as personal as these two works are.”

Nought was about the way dancers are treated whereas Reassessment is about how they are perceived. You really are all about challenging your audiences.

“Yeah, for example, why do ballerinas have to be a size four? Why don’t we see black ballerinas? We should be proud of our country – we do have an indigenous ballerina in the Australian Ballet now, but it took a long time. Our whole philosophy is to create equal opportunities for all ballet dancers and I’ve managed to find an amazing team of dancers.

“Actually I think we’ve found each other based on the fact we are all ballet outcasts. We could all go onstage and do SwanLake easily, but there’s certain parts of either our appearance or personality that just completely withholds us from ever pursuing a career in the classical context. We are all about breaking that down in the most sophisticated possible ways.

“I hope the audience go home thinking about how they look at other people, in a nutshell. Both pieces challenge preconception in some very intense and provocative ways. I hope the audience is asked to reflect upon themselves and how they judge or see others.”

Can you give us a final one-line promise to your audience?

“You will experience the unique juxtaposition between the utter stunning beauty of dance and really thought provoking, challenging subject matters.”

For you chance to win 2 tickets to the Fri Aug 8 performance of Reassessment, head over to the Competitions Page or click here.