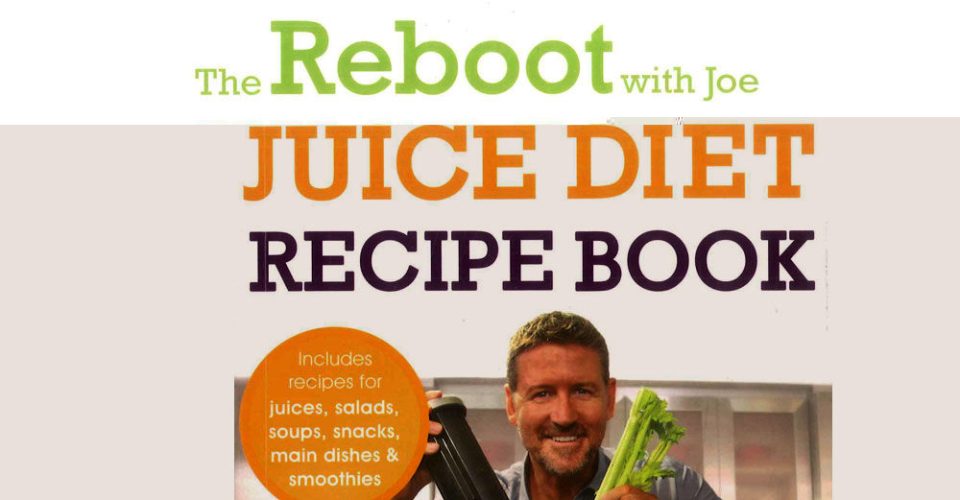 Businessman Joe Cross was fat, sick and nearly dead when a juice diet transformed his life – and that of many others who were inspired by his documentary about his journey. He brought out a juicing book to accompany his Reboot program, but it failed to solve the quandary which faces many juice fans: what to do with all that leftover pulp? 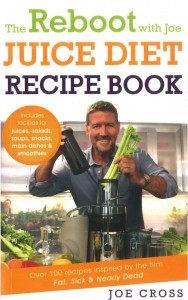 The Reboot With Joe: Juice Diet Recipe Book addresses this – and other – issues. It contains a few new ideas for juicing and this time even some recipes for full meals using whole foods. But its real selling point is the recipe ideas for just what the heck to do with all the leftover pulp which can otherwise seem like a massive waste of product and nutrition.

Cross presents seven such pulp recipes, including Veggie Meatballs; Banana, Carrot and Courgette Muffins and even – for when you just can’t take any more pulp – Healthy Dog Treats. The other recipe categories are: smoothies, salads, soups, sides and mains.

I didn’t have any pulp to convert but I did test out the Summertime Watermelon Gazpacho, which was refreshing, while the Sweet Potato Sliders (served as a side to Snapper) provided a big flavour hit of sweet potato, mushrooms, avocado spread, tomato, red onion, cucumber and kale.

However, I would’ve liked to have seen standardised serving numbers: instead recipes are listed for either one, two, three, four or six people. This can be confusing enough for a shopping list, but especially when you are making several of the recipes for one meal.

The book is fact packed, with a simple no-fuss design which eschews any illustrations or images. The concept rather than the layout is the selling point, however, and as an accompaniment to a juice diet or as part of a Reboot program, the extra ideas help you take one more step along the way to a new you.

This title is available from Hachette Australia. Click here to purchase your copy.