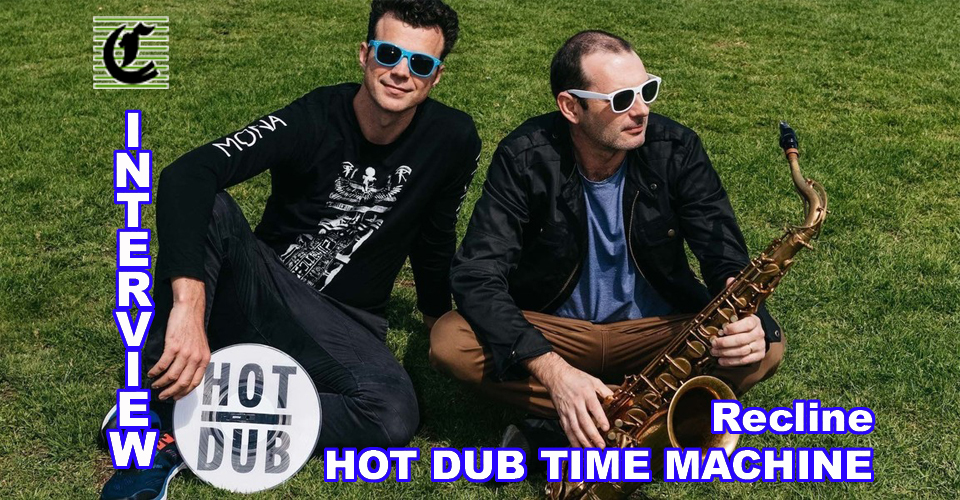 You know when you get into an actual hot tub there are a whole bunch of different settings. You can have the jets going full throttle creating a bubbling cauldron of hot water, splashing, noisy fun or you can dial down the jets so you are in a calming warm gentle environment, to chill and relax? Sydney DJ Tom Lowndes is best known for Hot Dub Time Machine, a frenetic and bombastic chronological dancing time machine party that plays all the best bits of the best songs of the last sixty years, complete with balloon drops, confetti canons, huge video screens and the boundless energy of DJ Tom pumping the crowd to ever greater heights. Their tag line is the Best Party Ever – and they ain’t lying. Those shows started off nine years ago in the Spiegeltent during Adelaide Fringe and have grown to becoming a massive phenomenon playing huge venues, festivals and events on both sides of the planet.

Adelaide Fringe 2021, Tom is introducing a very different Hot Dub show called RECLINE. Taking its vibe from the ‘chill out’ acts like Massive Attack and DJ Shadow, RECLINE is not a dance show, it is a completely different creature. If HDTM has all the jets turned up to ten, RECLINE is like a warm bath for your ears. Tom and his virtuoso jazz saxophonist Matt Keegan has crafted audio experience a million miles from what people might expect.

RECLINE has been born mostly in lock down at a time when DJs all over were having to re-imagine their world with no gigs, no dancing and no confetti cannons.

‘‘I started to see people doing gigs with big spaces between the audience members – old school sit down gigs with people chair dancing. I did Summer Sounds in Adelaide and had a lot of fun at that. But with the enforced down time I wanted to create something that was a lovely experience, something less frenetic, jagged or hard. 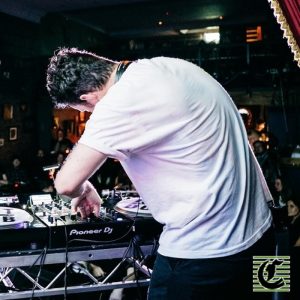 “I always loved the vibe of Trip Hop, and when I started DJing I was mainly playing after parties, or after after parties. So starting I was starting the early morning while people were starting to wind down and the sun was coming up. I love DJ Shadow, Zero 7, Massive Attack. Shadow was everything to me back then, and Zero 7 was so inspirational. So much glorious music round then with the Back To Mine series where DJs collected the songs that they might not play in their club set, but rather a bunch of stuff they might play to friends when they all ended up back at his place for the after after after party. RECLINE is in that zone it’s not all nineties trip hop, which I could have easily done, but it includes elements contemporary stuff like Flume, and older acts like Dusty Springfield and John Lennon.’’

‘‘Well, Hot Dub is a big Party from 10pm on a Saturday night thing, which is why we are doing RECLINE on a Mon, Tuesday and Wednesday night at 6:30pm. Hot Dub is generally three hours and RECLINE is a much more meditative experience and much concise at about an hour. I think we have created something really special.’’

As with many of your projects like Hot Dub Rave Machine and Hot Dub Wine Machine, Adelaide will once again be the first place to experience RECLINE. You’ve had such a strong bond with Adelaide audience goers right from the start.

‘‘Apart from a test show in a tiny bar in Sydney, Adelaide Fringe was the first time we had done Hot Dub Time Machine anywhere! As soon as I walked into The Garden I knew it was special; the atmosphere and the people were so positive. Adelaide was very kind to me right away. We were getting five star reviews and the place was packed full of people. So it’s become kind of my second home.

“I think Adelaide gets overlooked by bands and tours. They will skip over SA and go to Perth or Canberra but I find Adelaide audiences incredibly loyal. When we have a new idea like Wine Machine (a multi-performer all day dance party in wineries) Adelaide was first. It does get weird though cause we did Wine Machine in December on the last run and then did the East Coast in March and I still get emails from people saying ‘Why aren’t you doing Adelaide?’, dude we were just there a minute ago [laughs].’’

Does having that kind of loyalty, from your audiences, help to pump up your confidence levels to keep you trying new adventures?

“Well it does. It’s been very unique in some ways. I am a DJ who doesn’t make music. I am not a producer – which is the norm these days. I am all about bringing the party and making people have a great time. I work hard and you’ve seen my show, there is a lot going on, to make everybody leave with a smile on their faces.” 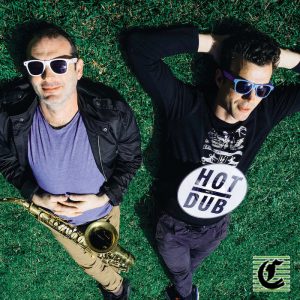 During the last year Tom has been doing DJ sets on Twitch so people can have a dance party at home in their ‘trackies’ and PJs at a safe distance in COVID times. They became a life line for dancers yearning to dance in a dance-less world.

“I love Twitch as a sharing platform, but I am also a gamer so I have a lot of gamers that I watch on there. These channels build up little communities and it’s really nice. Initially I was doing Hot Dub At Home, but now I just DJ anything I like on Friday nights. It’s fun. There is no pressure to keep the dance floor pumping all night.”

It is weird seeing footage of large concerts and dance events at a time that that those things seem so long ago.

‘‘I had times over the past twelve months when I had my doubts we’d ever get back. But I think we are getting there. Also, as a DJ, you can get paranoid about your career window too, when we do get back will you still be relevant? Man that got dark [Tom laughs at his uncharacteristic tone!]. RECLINE is a way of trying something new and different. I love all the music in there. It starts off kind of deep and dark but it is designed to pull you in and take you on a journey from the dark and into the joy. It’s not confronting, it’s a really pleasant ride… [pause] …but I still fucking love DJing though. We’ll be back – I am not going anywhere.’’

RECLINE: By Hot Dub Time Machine performs at The Spiegeltent at The Garden Of Unearthly Delights from 6.30pm on Mon 1 Mar until Tue 16 Mar.