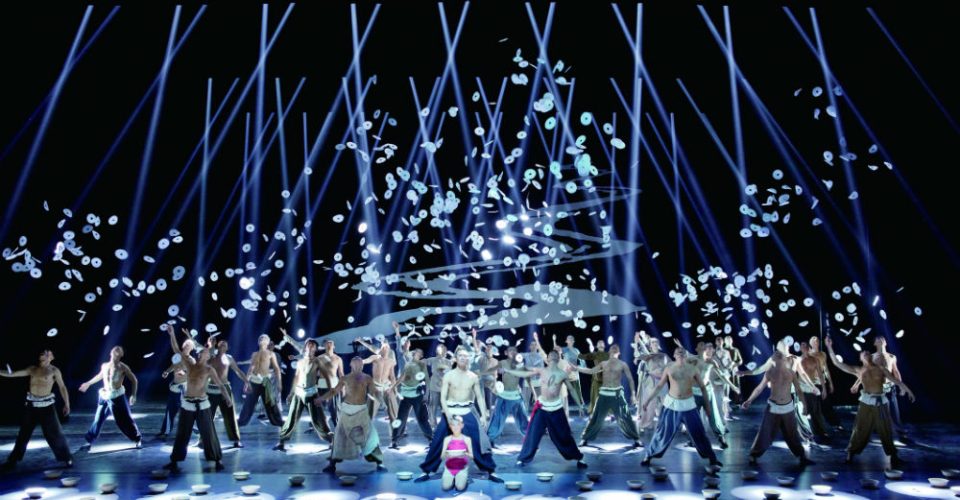 Presented by the Adelaide Festival Centre and Shandong Provincial Department of Culture, Qingdao Song And Dance Theatre is performing the Australian Premiere of Red Sorghum at the OzAsia Festival. Winner of the WENHUA Grand Prize, China’s Ministry Of Culture’s highest award for Professional Arts, Red Sorghum is a reflection of Shandong’s unique culture and the strong character of its people as it delves into the meaning of life, passion, resilience, living life and dying as strong as the liquor made from Old World sorghum cereal grass.

Thanks to the assistance of a translator The Clothesline spoke with Directors Wang Ge and Xu Rui via email and begin by asking them to share the origins behind Red Sorghum.

“Red Sorghum is an adaptation of a story by Shandong’s Nobel Prize winning author Mr. Mo Yan. It describes life story of Mo Yan’s ancestors from his hometown Shandong and tells of their courage and energy in life. According to the novel, Mr. Zhang Yimou shot the movie Red Sorghum. Combining the novel and the movie, this dance drama shows the villagers’ courage and bravery fighting against the Japanese occupation.”

Is there any talking, or do the performers tell their stories through song and dance only?

“Red Sorghum uses dance and body language to show the story. Although there is dance music in this performance, there are no songs being sung. The dancers also apply some drama techniques but there is no talking apart from the children’s song.” 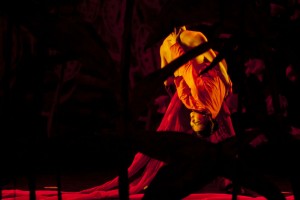 Who are the main characters in this show and how many of the villagers’ stories will we see?

“The main characters in the story are ‘my grandmother’ and ‘my grandfather’. They don’t believe in destiny and get together with each other by getting out of feudalism. Together they fight bravely against the Japanese occupation. We also have ‘uncle Luo’ and ‘my father’, however, the major story focuses on the ‘grandparents’.”

Will it be easy for OzAsia audiences to interpret the villagers’ stories?

“The significant advantage of dance is that there is no boundary of nations. Nor is it necessary to have interpretation of body language. Although there are no subtitles during the show, there will be short English voice-over during the break. We believe that audiences will easily understand the characters’ destinies in the dance.”

This will be the first time that Qingdao Song And Dance Theatre has travelled to Australia and they are very happy to be presenting their show that was more than a year in the making. We ask how many dancers are a part of the Red Sorghum cast.

“Performing to the unique musical composition by Chen Yuan, Sun Fubo, Ning Meng, Yu Jia, Chen Xiao Lin and Geng Li Lian make up the principal dancers of the 56 person troupe – not including the technical support staff. Although the dance itself stays close to the original choreography sections, and the performers are not allowed to change the dance, they still have space to be creative with their performance techniques.” 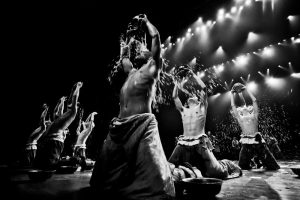 Congratulations on your prestigious 2014 WENHUA Grand Prize. You must be very proud as a company.

“Thank you! WENHUA Grand Prize is the best award for stage performance in China and all the team members are proud of winning the prize. At the moment, the dance drama mainly shows in Beijing, Shandong, Liaoning and so on. Later on, we have plans to tour further. We hope wherever we travel that audiences will love Red Sorghum. So far the feedback has been very positive; some are very impressed and others have cried.”

Where will you take the show after OzAsia?

“We will go back and perform Red Sorghum around China. Moreover, we have performances planned for Russia, Hong Kong and other areas around the world next year.”

Is there anything that you would like to add?

“We are very excited to present this dance drama without barriers of languages. We believe geographic and cultural differences are no barriers of communication in the emotion and value of the story and performance of Red Sorghum.”