Richard Thompson: Get Ready For The Electric Trio­ At Her Majesty’s Theatre – Adelaide Festival Interview 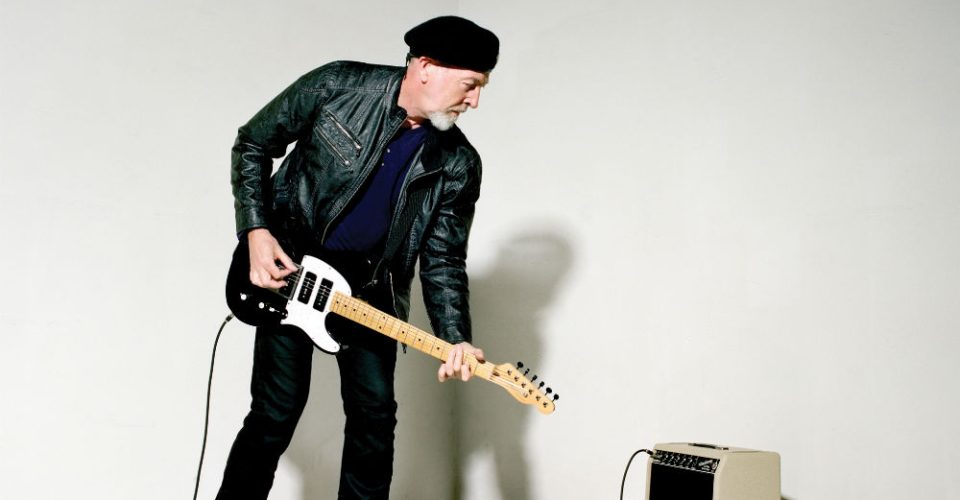 Renowned as both a songwriter and guitarist of the highest calibre, and possessing an equally impressive canon of recorded works, Richard Thompson has pretty much done it all. He is bringing his Electric Trio to Adelaide for a one-off Adelaide Festival show. We catch up with him and ask where the trio has been touring as of late?

“We’ve done the UK, the US, France, Belgium, Holland and Scandinavia,” Richard begins. “We’ll be coming to Australia via a few shows in Japan so we’ll be primed for the Adelaide audience.”

Your Adelaide concert will undoubtedly focus on the Electric album. Can people expect any surprises? Are you planning any new songs, or interesting covers?

“We’ll certainly have older stuff, going back to the ‘60s and‘70s,” he says. “There will be some things from Electric, and some things off the new record that we’ve been working on. We’ve just finished recording up in Chicago with Jeff Tweedy from Wilco. The record comes out in June. Hopefully we can preview some songs from that, which will be great.”

Given the various ways that you can, and do, present your music on stage, why does the notion of the Electric Trio appeal to you, and why now?

“It’s something that I’ve always done, really,” Richard explains. “When I was 10 years old I started playing acoustic guitar and six months after that I got an electric. I’ve always played acoustic and electric music. There’s a difference playing acoustic, it’s a whole different technique. With electric, it’s harder to play solo; you need other people there, holding down the rhythm and the harmony. You’re freer to expand on electric guitar and that’s something I really enjoy doing.”

Would it be right or wrong to assume there will be no acoustic guitar in your Adelaide show?

“You’d be…wrong! [laughs] Although this show is predominantly electric, there’s an acoustic segment that we do in the set. So there will be something, we hope, for everybody.”

How did your show come to be part of the Adelaide Festival?

“I think the dates worked out quite well,” Richard says. “If you’re looking to come to Australia you have to think about the airfares. That’s a pretty big expense. You’re actually looking for a festival or two, if possible, to help to nail the tour down. We are also doing the Port Fairy Folk Festival and the WOMAD Festival in New Zealand.”

You’re still releasing records, still touring, showing no signs of letting up. Do you ever have to stop and wonder where the spark keeps coming from?

“I think it’s who I am. Sometimes, you have to stop and consider if you are doing the right thing, if you have the right attitude, if you’re achieving whatever goals you have. I’ve been doing this for a long time now, since I was at school. I’ve stopped a couple of times here and there, just to consider other avenues in life, but I keep coming back to music. It does seem the most enjoyable thing I can do; for me it’s still very fulfilling.

“I still get inspired to write and perform music, so I think this is what I will be doing for the foreseeable future.”

Will you continue with this the Electric Trio, or are there other projects you are keen to embrace?

“Well, the Electric Trio is a lot of fun,” Richard says. “The new album was tremendous fun to do. Also, it’s just really enjoyable to play live with those guys. They’re such great musicians.

“The Thompson Family project was also great. We just played some live shows in New York, with the family.

“I’m working on a World War One project, which will probably be performed in 2016. That’s with the Arts Council in the UK. That’s a project that involves some other musicians; it’s still being formed. That’s mostly what I am doing now.”

Do you have a favourite cover version of a Richard Thompson song?

“Yes. It’s fairly obscure and has probably been deleted but I’ll tell you anyway. It’s called The Great Valerio and it’s by a band called Swan Arcade. I think they recorded it back in the 1970s, it’s just a great three-piece a Capella version of that song. I love that.

“I like a lot of cover versions of my stuff; it’s great, it’s a very nice feeling when someone else records your music.”

If you could only play acoustic or electric guitar, which would it be?

“Ouch. Wow… OK. I’d probably go for electric. If I get arthritic or something, electric’s easier to play, the strings are lighter.”

Richard Thompson Electric Trio performs as part of the Adelaide Festival at Her Majesty’s Theatre from 8.00pm on Thu Mar 5.