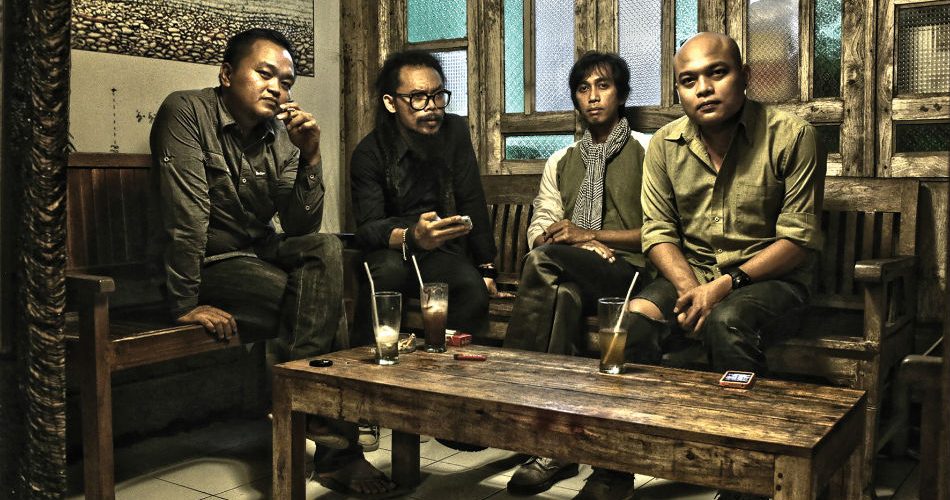 Singer-guitarist Rizky Sasono joins us via email to discuss the band’s music and the upcoming show, and tells us what to expect from his show.

“It’s our first performance in Australia, so I hope that the audience knows about the band’s work and more than that, the vibrant music scene in Indonesia. But in terms of work, we want to present in our musical language what is going on in Indonesia.

Tell us a bit about the group.

“It started off as a project that brings a hybrid musical process to the stage; hence our involvement with performance artists, visual artists and theatre in our early works. Gradually, in our second year we thought that it would be nice to play in the independent music scene, presenting songs and compositions from our previous stage works, and then it went on from there.”

Are there any western acts that have influenced your music?

“Most of the band members have a passion for the progressive rock era and the must-know popular acts in music like The Beatles, Genesis and Pink Floyd. The list goes from Fleetwood Mac to Paul Weller, from Hendrix to Motown, in terms of western influences. We have also studied the mode of Heiner Goebbels.”

Tell us a time that something unexpected happened at a performance?

“Nothing spectacular really. It’s just nice to respond to every gig, the audience are always different and the interactions are always enriching.”

What was the best gig you’ve had so far, and what made it special?

“The Japan gig in a small club in Shizuoka was nice because I think that the Japanese audience were rocking to our songs sung in English, regardless of the meaning. This showed that music is a universal language. Steamy small club gigs are always magical. A bigger stage performance we did at Esplanade in 2010 was also gripping.”

“People change, we change, the audience changes, they come and go. Times change and culture progresses; we have to look for new ways of musical interaction. But as we grow old, we believe more and more that we are agents to speak about any discontent, we must make the most of that whenever possible, rather than simply play music.”

Based on the videos of the group on YouTube, your music seems to range from jazz to blues, rock‘n’roll, and psychedelia. Are there any other styles of music that you might like to explore in the future?

“I don’t think of musical styles very much nowadays so much as how to convey epic narratives in a simple few lines of lyrics and music. Simple but not cheesy. We’ve been saying that for over two years now. I hope we will reach that stage.”

In addition to the performance, is there anything you’re looking forward to doing while you’re here in Adelaide?

“We’re looking forward to seeing the music scene in Adelaide. But a city consists of people and would not be lively without the people, so we want to meet different people from Adelaide. It would be good with a few glasses of beer too.”