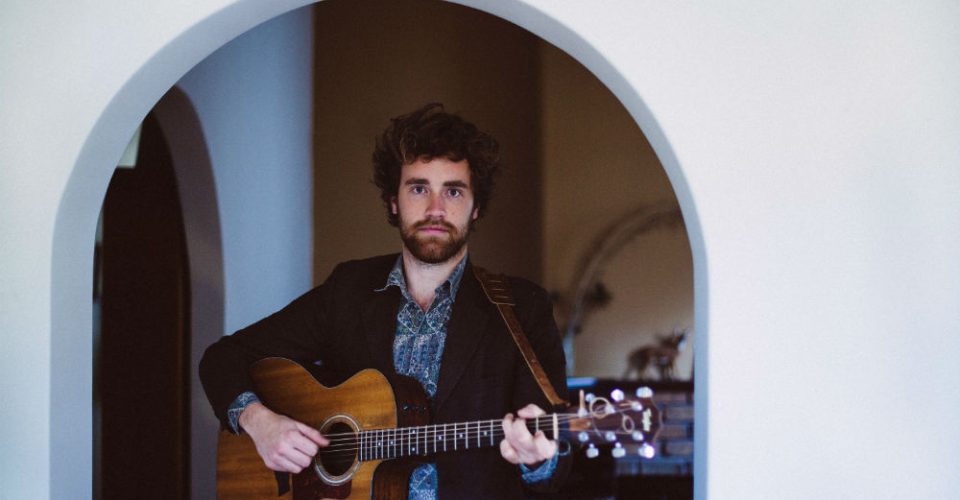 The lights at the Adelaide Festival Centre, located on the banks of the beautiful Torrens, are brighter again this year as a new venue, ‘The River Deck’, which opened on Fri Jan 2, has already a legion of adoring fans. Who doesn’t love a chilled beverage with a platter while listening to live music with the river glistening nearby?

To celebrate the opening of the new River Deck bar, a symphony of good taste for our outdoor loving lifestyle and arts enthusiasts, a special series of live music is taking place every Friday and Saturday night throughout January. These free events will showcase a plethora of mainly local singer songwriters who have been carefully selected to fit the ambience of this beautiful space, the evenings settle seamlessly from live and acoustic music into some cool beats with well-known local DJ’s.

One of the guest artists is local lad Kaurna Cronin who has had a busy past few years, performing recently in Australia’s Festival Of The Sun, Fleurieu Folk Festival, Nannup Music Festival and Germany’s StadtFest and Breminale while also performing at Clipsal 500. Cronin has also played the Fringe Festival the last three years with fabulous reviews. At age 22, he has certainly managed to cram a lot in. We ask Kaurna about his musical and performing background

“I’ve always played; it’s the most amazing way to express myself,” he begins. “I guess I’m lucky enough to have been around artists my whole life, so the music I write could probably be shown to be on the Folky side, if you had to describe a genre. I’m really happy; everything has suddenly gotten crazy all at once. I’m lucky that I get the opportunity to play every day’.’

We hear that a lot, that people ‘suddenly’ get on this really fast moving train; the musical career can sometimes really take off. You have obviously done a lot of groundwork.

“Yes, I guess it is a combination of a few lessons; a bit of self-learning and a bit of musical encouragement from the family,” Cronin says. “My parents are both artists. Mum is a textile artist and dad dabbles in playwriting, children’s arts events and the like, so I spent a great deal of time trawling the folk festival circuit, like Port Fairy ad the National. You see a lot of musicians and that has definitely influenced my song writing style, although the musical side of things is often padded out and collaborated on with the guys in the band.”

You recently recorded with Jordan Power, who has also worked with Bruce Springsteen.

“Yes, that was pretty cool,” he enthuses. “Jordan is a really relaxed guy and so great to work with. He encourages capturing the exact moment and feeling, and works until he gets it right. At the same time he is relaxed and great fun. This all makes it easier to record and a great experience. He did our last EP at 301 Studios in Byron Bay.”

You have a crazy year ahead with a European tour of over fifty shows! Where exactly will this take you?

“Firstly, we’re heading to Ireland and the UK, and then we’ll be mostly in Germany, Belgium and Stockholm. We’re a five-piece band and we don’t strip down for touring or anything. The only exception to this is the River Deck session, which is deliberately a more relaxed three-piece, to set the scene of a more intimate setting. I have played with these guys forever and we love collaborating together.”

The video clips on your website are quite enjoyable. Are they set here in Adelaide?

“They were a lot of fun to make,” Cronin laughs. “We kind of ran with it and had a basic idea for the way it would go but a lot depends on the setting. Some were in the hills and others more regional.”

How do you feel when people try and type cast you into specific genres, as you don’t seem kind who would enjoy being boxed into a label?

“I don’t really like the idea of people trying to restrict me or others for that matter in any way, and that includes having to describe in great detail what kind of music we play,” he agrees. “I mean, it is Folk for sure, but we have different moods and depending on the album, the sounds can be very different. What I like about the music industry is that it allows so many creative people to participate in so many ways. Photographers, sound technicians, printers; it’s great. Everyone gets to be involved.”

Your three album covers are all really unique.

“That’s what I mean; I carefully research different artists and then give them my music and allow them to represent themselves and my music however they may feel about it. It is their interpretation. Nothing is worse that an artist of any kind being restricted. I let them do whatever they like.”

As well as your River Deck gig, you have an upcoming show for the Trinity Sessions with Myles Mayo, formerly of Special Patrol. Do you enjoy the venue?

“It is really different,” Cronin concludes. “You know that people are coming to listen; it is a lot more intimate; more of a concert. I’ve done a previous Trinity Session, but with Rory Ellis; it was fabulous.”

Kaurna Cronin is a passionate advocate for expressing oneself, without restriction. His music is evocative and touches a nerve, if not for the beauty of his voice but his warbling harmonica and gorgeous acoustic guitar. He’s sure to put on an amazing show.