Robert Davi – Davi Sings Sinatra: On The Road To Romance 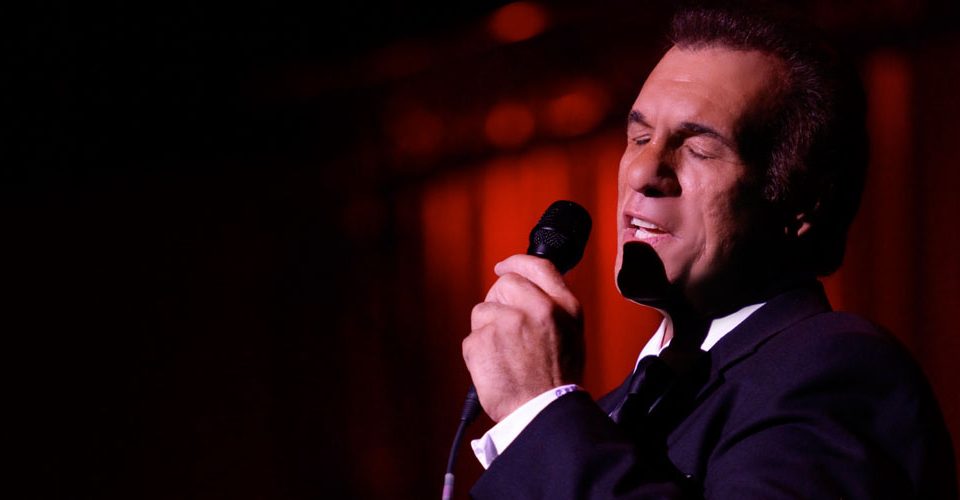 The name Robert Davi is synonymous with his bigscreen tough guy roles from License To Kill, Predator 2 and Die Hard, and he has also appeared on television shows including Criminal Minds, Profiler and Stargate: Atlantis. But, unbeknown to many, Davi has a talent for crooning jazz; a love of music which began at a very early age that saw him winning the prestigious New York State School Music Solo Competition when he was 15 years old. 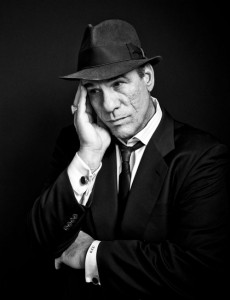 The last time Robert Davi came Australia was in 1989 for the release of the James Bond film License To Kill. Touring Brisbane, Sydney and Perth, this will be his second time in Adelaide but his first to the Adelaide Cabaret Festival, and he brings with him the show inspired by his highly successful 2011 album Davi Sings Sinatra: On The Road To Romance.

The Clothesline emailed some questions to Davi to get his perspective on things.

Everyone seems surprised to learn that you’re a singer, given your film career and tough-guy roles, but you trained as a singer before you became an actor. And surely the two things aren’t exclusive? Many actors are singers and vice versa. And it’s an obvious question but why Sinatra?

“My purpose for making the album and touring live was not just my wanting to ‘return’ to singing. It was motivated by a much deeper purpose. ‘The Great American Songbook’ is ‘The Shakespeare of America’, ‘The Golden Age Of American Music’, and this collection of unforgettable masterpieces helped the world fall in love with our country.
“During my parents’ time, while our country faced many difficulties, this music helped it glow with promise and optimism. It reminded them that our country was a place where dreams come true, and inspired people from all over the world to find for themselves the magic that was America. Frank Sinatra’s voice was the soundtrack for their lives.
“With the many challenges the world is facing today, I find it imperative to voice the relevance of ‘The Great American Songbook’. The album is a journey through different aspects of love – from the seduction and elation of falling in love to the loss and heartbreak of it and then back to its rediscovery. It is a metaphor for what our great countries all face; that no matter how hard times are, the best is yet to come.”

Why jazz? Is it a strictly personal thing?

“Jazz is a pure amalgam of the American experience that crosses cultural boundaries because its roots and development are a synthesis of European harmony and forms with African musical elements while also incorporating elements of American popular music. As it spread around the world, jazz drew on different national, regional, and local musical cultures, giving rise to many distinctive styles, and hence its worldwide popularity.”

You made at least one movie alongside Sinatra, but did you really get to know him? And, if so, was he as tough a guy as he was sometimes made out to be?

“Yes, he was my friend and I got to know him very well. Those who come to my shows will get a very special experience. As far as being ‘tough’, well, you don’t become one of the greatest entertainers of all time by being a wuss! But as tough as he may have been, his sensitivity, generosity, humanity and loyalty trumped any of that.”

Can audiences expect nothing but Sinatra hits (all the My Ways and New York New Yorks) or are there more unusual or even obscure choices in your show?

“My set list is varied and complex, with many surprises; unusual and obscure, as well as the chestnuts that audiences love to hear.”

Have your renditions of Sinatra songs remained true, or do you add new and unexpected touches?

“All my arrangements are original while paying homage to the great versions, but I make them fresh without reinventing the wheel. I don’t do a karaoke act by simply singing copies or the original arrangements, nor do I put down those that do. How I sing is my own style, however if I do use one or two classical arrangements it is because Quincy Jones has given me permission to perform some of his arrangements.”

You’ve been in so many movies, worked with the biggest stars and the best directors. Do you have a favourite role, a favourite filmmaker and/or a favourite movie experience?

“There is nothing like doing a Bond movie and its lasting appeal. There was also The Goonies with director Richard Donner and producer Steven Spielberg. Most recently I was in The Iceman and The Expendables 3, as well as the film I directed, The Dukes. But while the film work is fun it is the music that gives me the most pleasure.”

Can you tell us anything about The Expendables 3, or is it all secret at this stage?

“All I will say is I had a terrific time and think this is going to be a great film!”

Do you perhaps plan to take on the music of another of the greats once you feel you’ve finished with Sinatra?

“Well, I am not ‘taking on’ Sinatra, I am paying tribute to a man who had a Picasso-esque contribution to popular music in his interpretation of the ‘American Songbook’, and a social significance that often gets overlooked. I’m doing this for a variety of reasons: one being to remind the world of a time where life was simpler and had a dignity that has today sometimes been eroded.
“In the future I will continue to interpret the American Songbook in my own voice, just as I have done with this show and album, but I will also widen the repertoire to include original songs. ‘Davi Sings Davi’.”

Robert Davi performs Davi Sings Sinatra: On The Road To Romance at Festival Theatre from 7.30pm on Sun Jun 8. Book at BASS on 131 246 and www.bass.net.au or www.adelaidecabaretfestival.com.au.