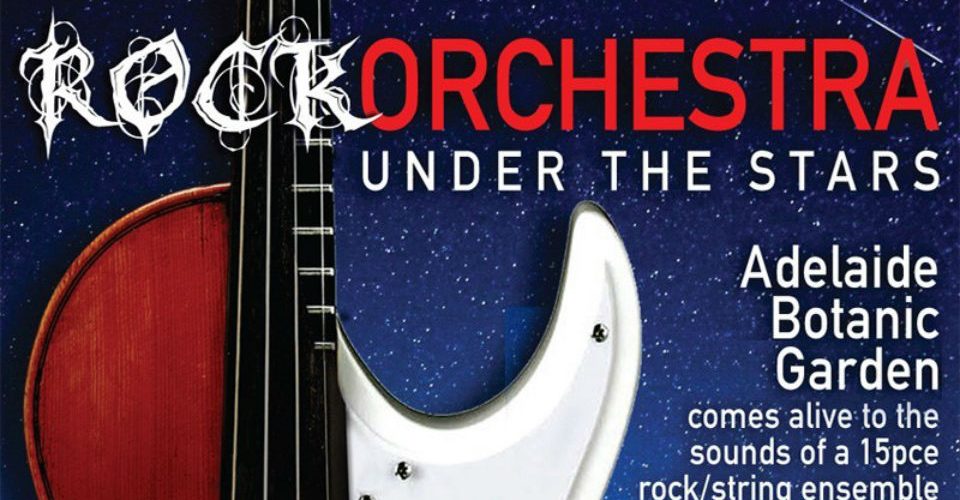 What is there not to like about sitting under the stars on a perfect evening in a beautiful spot in the Botanical Gardens, especially when you are listening to Point05 and Akoustic Odessey, with guest vocalist Kat Jade after joining forces and doing what each group does best? 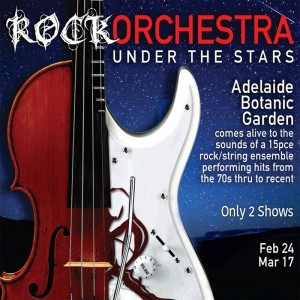 Actually, not a lot! In fact I think this new group kind of got it right.

The sky did open up and we were all covered with a blanket of stars, just as promised in the show title, and the people watching, listening and eventually dancing to the music enjoyed the show. The venue and performance were family friendly which allowed for even the little ones to lose themselves in the music, it was a joy to watch and be a part of.

All local musicians, singers and creators; I am afraid that I can not name any of them as they were each introduced by their instruments, but the band were tight, clearly well-rehearsed and clearly enjoying themselves. I would absolutely recommend Rock Orchestra Under The Stars to anyone who wants to hear Tiny Dancer, Smoke On The Water or even Stairway To Heaven performed not only live, but performed live and well. No need to worry about whether you might like it, this new group respectfully duplicated this music but still with their own feel.

If you like the rock music of the last 40 years, you will enjoy this show. Lucky for you, they will be doing it again too.

Rock classics played under the stars.