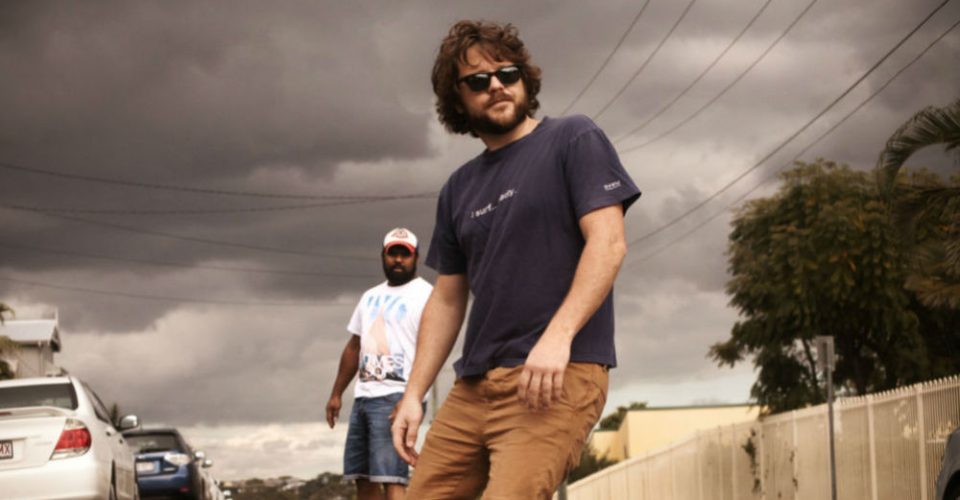 Thomas Busby and Jeremy Marou may be two very unassuming boys from Rockhampton, Queensland, but they both harbour copious amounts of talent in the song writing and musicianship stakes. Their debut self-title album was nominated for Deadly, APRA, NIMA and Queensland Music Awards and has almost reached Gold status.

Busby Marou have toured with the likes of Dolly Parton and Birds Of Tokyo and have performed at SXSW, Canadian Music Week, Woodford Folk Festival and Bluesfest. Their debut single Biding My Time won the APRA for Best Blues & Roots song and was #81 on the 2012 Triple J Hottest 100. But it’s all in a day’s work and a weekend’s fun for these musical friends.

The first time these pop-folk-country music-playing lads performed at The Gov saw them supporting Pete Murray, a gig that Thomas Busby fondly recalls as a hilarious experience and one of the best shows of that tour.

“We love The Gov!” he says, enthusiastic about their second gig at the popular venue. “Our rhythm guys – DJ (drums/percussion) and Enzo (bass) – are both from Adelaide. Every time we’re in town and we drop into The Gov, there usually seems to be some kind of jam happening. So the boys always head down and catch up with friends and we all get up for a bit of a play.

“Adelaide is also our home-away-from home,” Busby adds. “We’re on the road a lot but where we’re there, Enzo comes from a big family and he always takes us home where his mother cooks us all a huge meal.”

It’s certainly not a bad place to have as a second home, is it!

“It’s a beautiful place,” he agrees. “We’re country boys from Rockhampton so Adelaide is more like Brisbane than any other city. I live in Sydney now and the boys do not like going there at all; it’s too big and busy for their liking. I remember during our first trip to Adelaide, we were driving around looking for a park when someone raced out andoffered us theirs. The boys couldn’t believe that something like that could happen in the city, like it does back in Rocky. From that first moment of kindness we’ve had a good relationship with Adelaide – and we just keep coming back!”

Even though it comes from your surnames, Busby Marou is a pretty cool name for a band.

“Most people don’t realise that fact until they start talking to us,” Busby chuckles. “The name came out of laziness really – and impatience. We used to – and still do when we go back – play at this tiny little bar in Rocky called The Oxford; it’s quite an iconic venue in the middle of town which is owned by our manager’s family. After I moved back home when I finished studying law at Uni, and armed with a handful of my original tunes, we started playing there just for a few free beers. Initially we just performed in front of a few mates and then it just grew and grew. Our manager – who is also our friend – kept building it up and, before we knew it, people were coming to see live original music in Rocky for the first time in a long time. But we still didn’t have a band name.”

In the end, the name came up as a measure of desperation – a way to combat an ‘embarrassing dad’ story.Most people have an dad story to share; Thomas Busby’s is pretty funny. Busby’s the youngest of eight and his proud-as-punch dad turned up to gigs in his PJs, telling everyone his son was the singing lawyer.

“We would be singing at The Oxford, hoping to impress all these girls, and Dad would start banging on my guitar and the drums while we were trying to sing – I hated it so much!” he laughs. “Dad would call us Tom & Jerry to everyone, which started to stick, so we desperately tried to come up with a name and decided to just use Busby Marou in the meantime until we could think of something better. And it stuck One couple even came up to us and said that they had named their son Busby, after me… although I think they were a little disappointed when they realised it was my surname [chuckles].”

One thing the Busby Marou-uninitiated may wantto know is what comparisons do you get with your music? I’d say it’s a bit Jack Johnson-like country – which is a good thing. Are you both songwriters? And who are your inspirations? Oh, wait, that’s three questions in one. Go!

“I can answer all of those,” Busby confidently says. “We’re both songwriters. I usually have the skeleton of a song – lyrics and melody – and then I sing it to Jeremy who makes it sound better! He adds his beautiful Islander harmonies and then brings in his guitar parts to build the structure of the song.

“When it comes to inspirations, we both like the opposite music. It used to be a problem but now we embrace it. The country side comes from Jeremy; he loves it – but it’s not the kind of country I like. I’m old-school so I love my Willie Nelson, The Highwaymen, The Travelling Wilburys, Johnny Cash, Waylon Jennings. Jeremy likes new country. His hero when growing up was Keith Urban – before he was cool [chuckles], and has modelled his guitar playing style on him.

“I also have my folk side when it comes to song writing,” he continues. “I’m inspired by Bob Dylan, Don Walker, Neil Finn and Paul Kelly. When you put it all together, you have these lovely Islander harmonies going over a folk song but with a country-feel guitar.

“People mostly compare us to Crowded House, Josh Pyke, Ben Harper, Jack Johnson and Simon & Garfunkel – which may just be a cop-out because of the surnames.”

Good job! All three questions covered. So, are you coming to Adelaide as part of a national tour or is it just because you like us?

“It is definitely because we like you but we are performing around the country. We’ve just done a national tour supporting James Blunt, which was a lot of fun. And the boys were very happy with the backstage catering, because the shows were so big. That was a first for us! The crowds were huge too!

“But this tour is actually in support of our second single called My Second Mistake.” 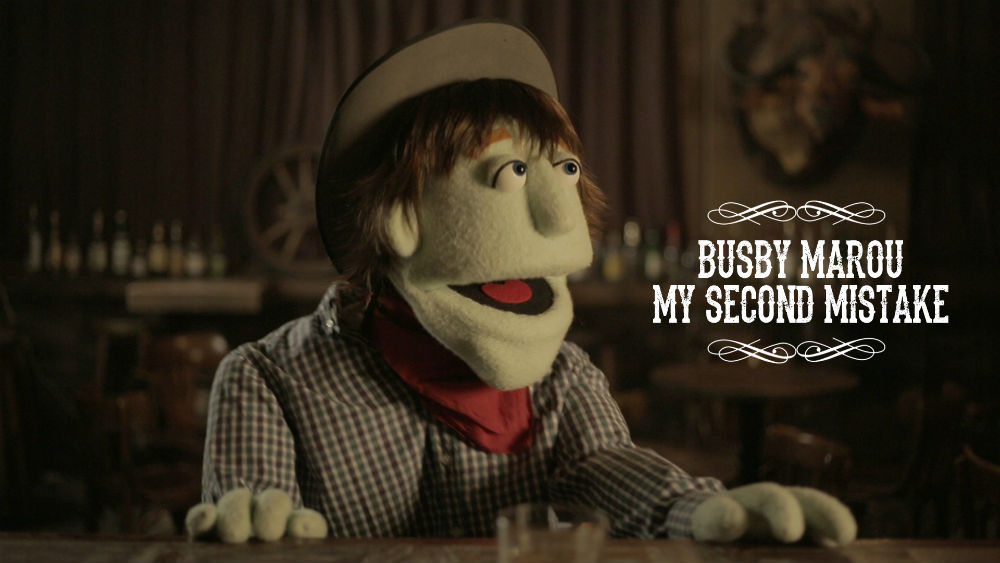 Was your second release and the name of the song intentional?

“No, it wasn’t,” he chuckles, “but it sits pretty well. My Second Mistake is a fun song to play. It’s based on Catholic guilt from a misbehaved youth; the film clip is hilarious! The star is a puppet – with six-pack! He gets his gear off and all.” [Click here to watch the video.]

Performing on the same bill are Powderfinger’s Darren Middleton and the guitar-slinging banjo-wielding freak that is Karl S Williams.

“I saw Karl for the first time a few months ago,” Busby recalls, “and have been hearing great things about him for a year or so. Jeremy had a big jam with him earlier this year; Jeremy is really hard to please and would rather go fishing, but he couldn’t stop talking about this fella. He’s got a huge beard and looks like a hippy, but the truth is he’s been around form more than a decade and has really honed his craft into something special.

“And, of course, I can’t wait to watch Darren play.”

Thomas Busby tells us that both albums will be available on the day and they will hopefully have some pretty groovy merchandise available as well.

“Everyone wants to play at The Gov, and we’re so excited to be having our turn there,” he enthuses. “We can’t wait to get back out on the road again! The Sunday afternoon session means it’s an all-ages show so you are welcome to bring the kids. We’re not a hard rock’n’roll band and we don’t swear too much – I hope – so it’s going to be great for everyone. You’re all welcome.”

Busby Marou and My Second Mistake images courtesy of www.footstompmusic.com