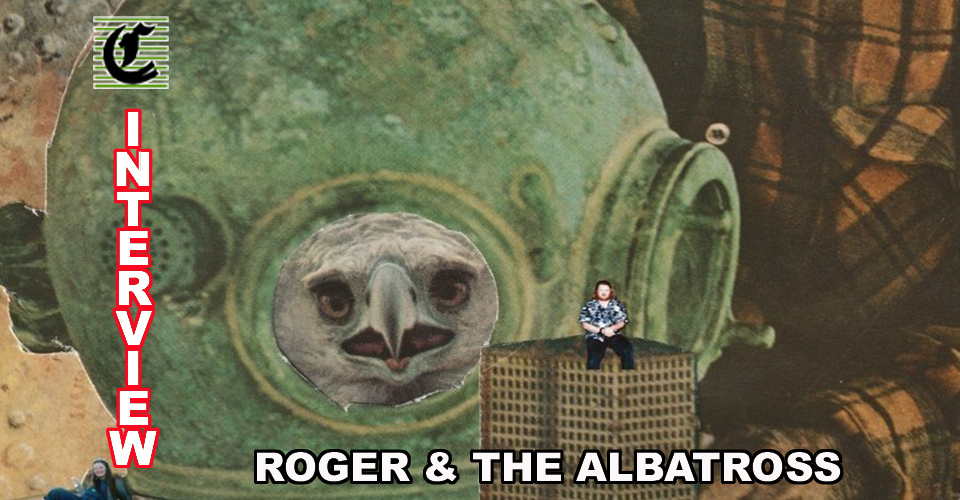 Matthew and Alice Barker have been building a name for themselves as a brother/sister folk duo, writing and performing their own songs, using only one ukulele and some pretty nifty dance moves. And now they are putting on their own Fringe show!

The Clothesline speaks with Alice – apparently the sensible one – and asks about the origin of their slightly unusual name, who is Roger and why does he have an albatross?

“Roger and the Albatross is a reference to our uncle who studied bird life in Antarctica,” she says. “He also played the clarinet and guitar.”

Your show is about a man going mad inside his own house was actually conceived before COVID, but COVID must have helped you to develop this theme to its full potential?

“We did a zoom concert of these songs during COVID in our hallway – full of costume changes, theatrics and iconic moments. This certainly helped us develop the concept for this show.”

How has COVID been for Alice and Matthew as performers? Are they still speaking to each other?

“Yes, at times Alice can be a bit too wishy-washy for Matt and Matt can be too uppity for Alice. However, in between those moments of tension, there is always a good laugh to be had.”

Can we expect to hear new songs in your show?

We have a few new songs that we will be performing in this show that have been made in collaboration with The Midnight Cowboy.

Apparently you will have The Midnight Cowboy as a special guest. Where did you find the him?

“I’m sorry but we are not at liberty to answer this,” Alice says. “The Midnight Cowboy is a talented and private man and, like Britney Spears, just wants to be left alone.”

Will there be dancing at your show now that dancing is allowed again?

“Our dream is to one-day produce a song that you can hard-core dance to but, at this stage, we have not quite found our funk yet. The closest thing we have come to this is a song called I Wanna Dance With The Dumbest Guy In Australia. Who knows, it might get released one day.”

Are there any costume changes we need to be warned about in advance?

Will the ukulele be very loud?

“Yes. But our voices will probably be louder.”

What is your relationship with The Ukulele Death Squad?

“We are bitter rivals. Roger and the Albatross are a band that was sent from the depths of hell to take down the Ukulele Death Squad. Mark my words, Adelaide’s a small city… They’ll never work again [laughs!]

“Nah just kidding,” Alice says. “They’re great we love them and perform with them frequently. This Fringe season we have been performing their Nick Cave Show with them every Tuesday night at The Grace Emily.”

Is there any particular age this show will appeal to, or will it appeal to people of all ages?

“Definitely all ages; we’re pretty wholesome… although we may appeal more to those families who are fairly liberal with swearing around their kids.”

Is there anything else you would like to tell us to encourage us to come along to see Roger And The Albatross?

“Roger And The Albatross have synergy that is only evident in siblings; we work seamlessly together and in general are a fun pair.”

Roger And The Albatross perform at The Library at Ayers House, at various times, from Fri 5 Mar until Sat 20 Mar. [SOLD OUT]