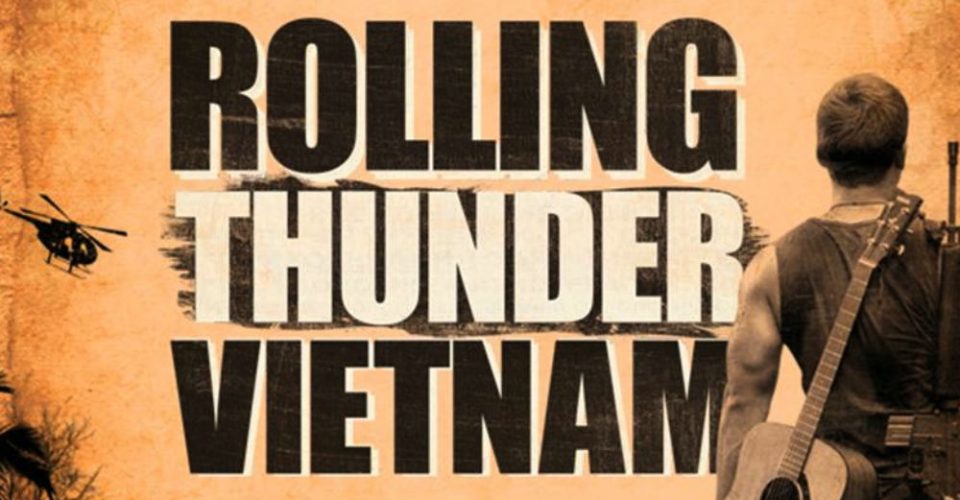 During the ‘60s and the political turmoil, Australian troops were sent to fight alongside the Americans in the Vietnam War. The nights in the jungle were hot and stormy; boys were forced to be men; no one was saved from fear; letters of love and yearning were written; friendships were forged and comrades were killed. Yet, within the horror of war, there were the songs that held the emotions together, songs that took the mind back home and songs that pumped the blood and gave courage. Anthems sang the words of so many soldiers and are still being sung today.

Rolling Thunder Vietnam is based on the 1965 military campaign Operation Rolling Thunder, approved by US President Lyndon B. Johnson, an eight-week assault on North Vietnam that lasted three-and-a-half years but has more of a personal focus. It looks into the personal cost of the Vietnam War, the letters of the fallen and the survivors and the music that has been remembered through the generations.

The Clothesline speaks with a very cheerful Chong Lim (The John Farnham Band, Dancing With The Stars), Musical Director of Rolling Thunder Vietnam, who tells us how this fabulous show came to be.

“It’s had about a four-year gestation period,” he begins. “The producers, who are long-time friends, asked if I would like to be involved in a concert of songs from the Vietnam War era – which sounded great to me. I love those songs. As the years went on, the concept grew to include readings of letters from Vietnam Veterans, and then Bryce Hallet was brought on board to write a spectacular script based on those letters and other insights from their research.

“It’s quite a cohesive story, which is why we are calling it a full concert drama. We play the songs loud and strong, but the full narrative and monologues takes the audience on an amazing emotional journey from conscription to returning to Australia when the Vets were shunned by the Australian public in general. There is a whole gamut of emotions and the history of that era. It even touches on the America involvement with Australia and the fact that this was the first TV war. The whole thing is linked together by all of these songs that somehow make sense in the script. It’s an amazing concert and we’ve all had a great time being a part of it.” 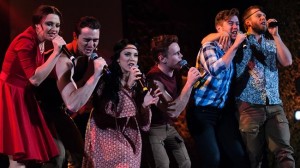 As well as a rocking band, the RTV has six amazing performers – new and seasoned – who tell the personal stories and sing those memorable songs: Wes Carr, Kimberly Hodgson, Tom Oliver, Matthew Pearce, Vanessa Krummenacher and Will Ewing.

“Wes Carr plays the conscripted soldier from the North Shore,” Lim explains, “Johnny is a country boy who is kinda excited about going to war – for the great adventure, yet he leaves his girlfriend, Sarah, behind. There is also an American marine, Thomas, who they run into along the way. Each has their own monologues between songs that they present with feeling and purpose, but not in the musical theatre sense of things. Their focus is the audience, the character’s story and the songs that they perform.

“This really has been an experiment from the start, but audiences have been very receptive to the idea.”

How political does the show get?

“It’s neither a history nor moral lesson; we leave that to other productions. But you do have to question war, the ravages of war and how awful it is, and the personal cost that comes with it,” he replies. “We do openly object to war but we are definitely not bashing people into submission. We are stating the facts as is and question why it needs to happen. This is about the human cost – not the politics.

“Our performers are all as young and fresh-faced as those that were sent to war, which really helps to bring the reality of it home. It’s a very emotional ride, not just for us as performers but also for the many Vets that we meet from the audience. Many of them have told us that they have finally been able to go home and open up about their own Vietnam War experiences, which they have never done before.

“There is a lot of emotion involved with this show, but we always lift things right up at the end to bring back that rollicking concert feel with some of those great songs from that era.”

It’s ironic that in the middle of such horrors to human life, there are these amazing songs and artists. From Steppenwolf to Billy Thorpe, The Rolling Stones to Creedence Clearwater Revival; many of the songs the ‘60s and ‘70s still resonate today. With such a huge choice on the table, how did you choose which songs made it in to the show?

“We had such a big wish list but obviously we had to sacrifice some. Basically we chose our favourite songs and then decided what worked once Bryce had completed the script. It was so easy to make sense with what went where. The Animals’ We’ve Got To Get Out Of This Place was not originally on the list,” Lim says.“But after one of the producers had a meeting with a Vietnam Vet, he insisted it be included as it was one of their anthems during the war. I’m so glad we fitted it in because it makes a lot of sense to the show.

“As musicians, these are all such amazing songs to play. As a band, these are the songs from our childhoods that we all know so well. The songs are fantastic as they take you on the journey through the show. Audiences have loved them; looking at the people in the front row, we can see that they know the lyrics to every song. 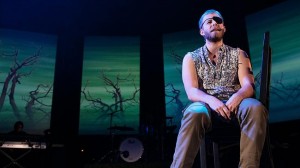 As a seasoned musical director, how are you finding working with this young cast of performers?

“The musicians have been my musical cohorts for many years; we are all part of The John Farnham Band, Dancing With The Stars and all of the other projects I’m involved with. Other than Wes – who is in his thirties and an established singer – the cast are mostly NIDA or Conservatorium graduates from last year. And they are all so talented! We scoured Australia for these kids and they are fantastic; technically great, they can tackle the hard harmonies, and they have a lot of enthusiasm. They are all just great to work with and” he laughs “they even make the rest of us feel a little younger.”

What do you think these young performers are getting out of being a part of RTV?

“From my conversations with them, there are so many things that they didn’t realise happened during that time. Some of the band members are the same; they had forgotten some of the stories and the great songs. I’m a little envious for some of the actors, as this is their first big production so they are feeling that excitement that comes at the start of a career, whereas it’s nearing the end of mine [laughs]. But I am loving their enthusiasm!”

It’s a cool thing that, even in that horrible time of war when people were scared and your mates were dying, music was a healing thing that could pump you up or bring you to reminisce about a time, place or person.

“Absolutely!” Lim agrees. “Music is the fourth dimension! It’s a great everything. Music is my whole life and my young son is a budding musician so we are always seeing who amazing it is, it’s just unfortunate that with this new era or short attention-spans, the power of music has been left behind a little bit. Hopefully this show will help people get back to that healing power of music and the way it takes you back in time to when you first heard that song; first love, first fight, that first crazy-fun night! Too much music of today is disposable.” 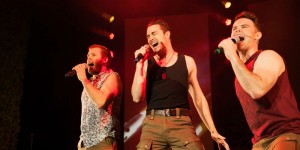 Adelaide’s Thebarton Theatre shows mark the end of the Rolling Thunder Vietnam 10-week tour of Australia. We suggest to Lim that it could bring a lot of emotion of case who will be “losing” the“family” that they have been touring with.

“It will be emotional and I’m sure we’ll miss each other when it’s over. We are a very close-knit company so it’s been a very happy and productive tour. The very receptive and enthusiastic audiences have also helped out excitement levels as performers and musicians. It’s almost an evangelic event in the way people have sung along with us,” he chuckles. “People are always up on their feet by the end. It’s a great way to finish our shows each night.”

Is there anything else that you would like to add?

“Please come to the show,” Lim says. “It will be so worth it. The audiences have been very receptive. To be honest, when you do a show you are so involved that you don’t know whether it is good or bad, even though you are doing your best. But people have loved the show and the music. I’ve got a blistering band, great singers, fantastic songs, beautiful harmonies and a very emotional story that will take you an amazing journey. You won’t regret it!”