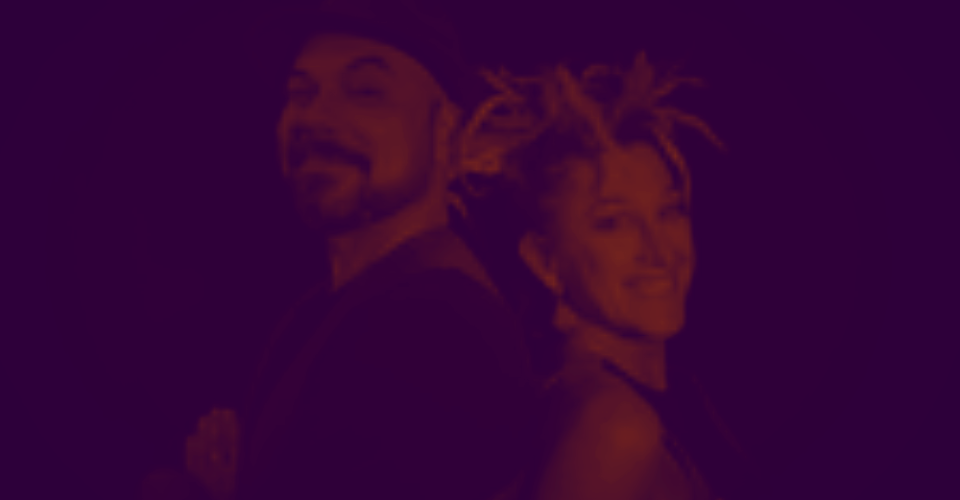 Ronnie Taheny’s reputation as a force of nature precedes her, and her recent album is ample evidence, with touching confessional piano ballads crossing paths with up-tempo rock numbers aided by her protégé Ben Ford-Davies, with whom she recently toured Europe as a manager and musical co-conspirator.

Ronnie’s consulting work with other artists has contributed to the careers of a number of noteworthy locals, with her clients Ford-Davies and Kelly ‘the Brouhaha’ Breuer both taking top honours at SCALA’s Festival Of Original Music in 2015.

With a performance of Ben Ford-Davies’ European show on tap on Thu 9 Jun at the Wheatsheaf Hotel, Ronnie Taheny joins us via email to catch us up and share some wit and wisdom.

There’s an urgency in your recent record, START!, with themes of living while you can. What kind of experiences informed your writing?

“It’s been eight years since my last confession and I wanted to do a solo piano/vocal album with no-fat pop songs and simpler phrasing without compromising the lyric,” she begins. “START!’s theme is the Game of Life (hence, the cover), focusing on rawer first-person emotion and less storytelling. I’m not sure about urgency but satire’s still there. I hope. Musically, START! ended up with a few more bells and whistles than originally planned – especially the invaluable contribution of Ben Ford-Davies on guitars, vocals and production – but all to its credit. Throw in that tasteful Mick Wordley at Mixmasters, and the result has me fairly happy.”

Tell us about your recent European tour with Ben Ford-Davies. Surely you and Ben must have had some memorable experiences?

“Sure did,” Ronnie says. “The two-month tour’s primary purpose was to debut Ben as a new artist via a European CD release tour of his first LP, Papillon. Ben had never been there before so it made sense for me, his manager, to accompany him. What I didn’t suspect was that he would have me up on stage for the second set every night.

“After recently retiring from twenty years of touring the EU, I was pleasantly shocked at how much I loved being back in that bubble of simplicity, aided by an extremely easy-going tour companion. He had a ball too. Being on the road packs in a lot of new life, new people, intelligent opinions daily so material and inspiration for future songs is unlimited, varied and, most importantly – global.”

You’re performing with Ben Ford-Davies at the Wheaty this week. What can fans expect to see at the show?

“Primarily, you can expect a vibrant reunion, an eager audience and Ben’s European show here at home,” Ronnie says. “He’ll perform half his Papillon tracks solo on piano and guitar in the first set then have others as per recording with piano and backing vocals by yours truly in the second. Since we played on each other’s CDs, we’ll include some of the START! up-tempo tracks as well and, frankly, we’re no longer sure whose song is whose; a great thing for duo solidarity. Our vocal blend, instrument combo and actual songs as a duo are our fortes. And banter. Ben’s got some great tales from the road and I don’t need much encouragement to deliver some well-intended, tongue-in-cheek audience abuse.”

You also consult and work with developing musical artists in Adelaide and beyond. What can you tell us about that process, and would you mind sharing a story that stands out for you from your experiences in consulting?

“The consulting component is just one service offered by Arty Records but it happened by accident. I was once a high school teacher specialising in the unusual (I’m told) PE and Music combo. I simply applied sports psychology to the arts because essentially, they’re the same thing – performance with prep. I’d been doing it in my own career for 30 years but didn’t realise. However, like most athletes and artists, I’m not that rapt with the ‘prep’ of seemingly unrelated areas such as admin, relentless PR and other dry stuff but we have to accept that it’s 80% of our overall success. As is attitude.

“During my last decade of touring, I’d drafted a DIY module-based handbook for solo-touring women (the whole three of us globally) but it really applies to all,” Ronnie says. “On my return to Oz, I discovered that too many artists here had a real need for a comprehensive step-by-step career plan. The phone started ringing with frustrated pro musos unable to make the international step, claiming that there was precious little real help available for indie, pro, alternative artists that could bridge the Oz/Euro gap with a view to long-term success.

“Everyone struggles with time management and organisation, focus and goals, being manager, accountant and human, but artists have to also factor-in their creative time and that oh-so-vital promo of their art whilst simultaneously taking on the world cold and alone. It is a bit of a job. That’s why I knew by the age of five that I wasn’t having kids or any other ‘distractions’ that could pull me off my life’s path. Easy. Choice. And that’s the only worthwhile story of obsession I can share.

“Anyway, within a few sessions, the artist gets a two-year ‘Pro-to-Euro’ strategy tailor-made to their needs,” she continues. “I’m lucky enough to get to lecture this at the Con as well. Can’t help everyone but what little contributions made to great, local, touring artists like The Germein Sisters, Baker Suite and, of course, Ben Ford-Davies have been highlights thus far. An interesting thing: some of my clients these days aren’t artists, they’re just usual folk stuck or at a crossroad in life wanting direction, a plan and some well-deserved encouragement. Life coach? Perish the thought. Incidentally, the DIY handbook still remains unpublished.”

If you could give just one bit of advice, what would you tell aspiring artists?

“One piece?! Crikey! Impossible, methinks!” Ronnie exclaims. “So many elements go hand in hand. I do have some questions for them though. They need to get naked, go into the hall of mirrors and ask themselves: How hungry am I really? (I don’t encounter much real hunger, not if you scratch). Can I see, feel and hear myself/my life clearly at the pinnacle of this dream? Does this vignette and pounding heart wake me at night, wanting me to start my day’s tasks there and then? Is this the most burning desire in my life and will I sideline everything else in my life for at least a decade in order to make it happen? And so on… Sounds dramatic, but it’s paramount to your laser focus.

“One thing’s for sure, if you have all the above in place, you’re guaranteed to get much farther than most musos right there. But you still may not get to that dream position so it’s cardinal to love the daily slog, appreciate the challenge, be grateful for any small break, ignore the setbacks and enjoy your meaningful toil. It’s worth it. What a life! Beats working.”