Ronnie Taheny – The Last Swim: Taking Time Out To Breathe Above Water – Interview 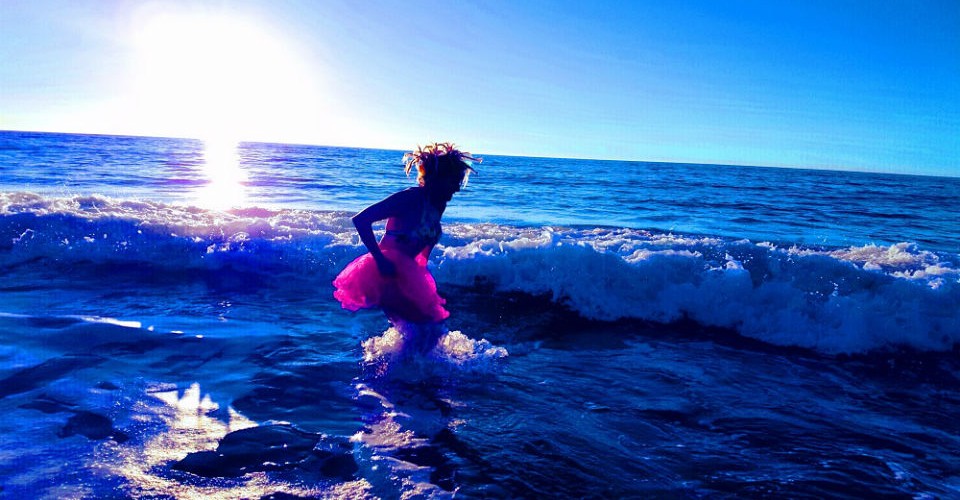 After a successful thirty-five year career Australia’s own Ronnie Taheny is retiring once again. Leading up to her whimsical finale at The Gov, we speak with Ronnie about music, life and effervescent philosophical vagaries before we realised we had a job to do. As always she is larger than life, full of energy and positivity and has much wisdom to impart as we ask about her ‘last swim’ and if she is looking forward to the final hoorah?

“Yes I am!” she begins.“It’s a kind of mixed emotion which is something I rarely have in life, but it’s mixed for two reasons: because I had thirty-five years in the music industry and thirty-five years of absolute terror from going on stage. So, about three days ago at 3am the adrenaline kicked in and woke me up – and that’s hard to stop until Saturday. It drives me mad. And so, the best thing I can do towards that is the same as I’ve done all this time, make sure I’m kinda over prepared.

“Because of the adrenaline, tempos will be up. You think you’re still slower but you’re not. So I’m still mindful of that kind of stuff and it fills me with terror and trepidation. So in a way, typically, I’m absolutely loathed to do the gig because stage fright has been a thing that I’ve fought all my life but I won’t be beaten on it.

“Conversely, the other thing that’s happening is a great sense of relief,” Ronnie adds. “When you’re touring and you’re doing several gigs in a row, after about the tenth one you get the rhythm and you know exactly how your set lies. You might change one or two tunes and the whole thing starts to flow really well. You’ve got it where you need it. It’s evolved and you’ve got it absolutely unbeatable for the rest of the tour.”

“My set will be an anthology of twenty-five years performing at The Gov over eight different CDs. If on tour, however, it would be the same set list throughout because the audience changes, you don’t. You know there’s an old vaudeville saying, ‘there’s no such thing as an old show, just a new audience’, yeah? So it’s a new show for that year that you’ve finally battered into shape in the first five-six-seven (shows) as a guinea pig and then off you go.

“When you’re doing it every night you know when you’re off your game,” Ronnie says. “But if measured, it might actually be onlya 1% difference. We notice it but the crowd would have no clue because we’re consistent, generally, from doing it a long time. So then after about 10 or so shows the nerves start to abate a bit. Then you can start remembering the shows, because you’re not so beside yourself and then you start enjoying it more.

“I did a tour early this year but I haven’t been on stage for seven months, so I’m back to feeling like a fledgling again. It’s like a fat, out of shape slovenly person who suddenly gets a call to do a fun-run.”

Does this mean you’re in competition with Johnny Farnham now?

“Yes,” Ronnie laughs.“I am very aware that I’ve attracted the Farnsy label, so, this could be a total retirement but it may not, because it’s just a retirement from putting on my own concerts.”

The conversation drifts from stage fright to performance psychology and according to Ronnie, feeling rusty is certainly no way to go on the stage.

“I’m not rusty at all; we’ve had a bunch of rehearsals, we’re a pretty well-oiled machine, the four of us all up; Jarrad Payne, Flik Freeman and Lainie Jamieson.”

Are there any line-up changes this time around?

“Yeah, that’s a good question because for the last two years we had Mark Ferguson, and he was slated to do this year as well; he’s a wonderful man. But on the same night as mine he’s got his debut at the Festival Theatre with the ASO, so I said, ‘Good on you, go for it, mate!’ My drummer and good old ally, Jarrad Payne, an Honours Grad from Adelaide University in Jazz, came to the rescue. He was also the producer of Renaissance Point. Jarrad put me onto Lainie Jamieson,who has toured in the UK and Europe. She’s my other keyboard player.

“I didn’t want to go for the standard rock thing;” Ronnie says,“my songs are more piano driven anyway so having two keyboardists is great. One does all the soundscape-y stuff and the other does the more piano based stuff from which the songs were written. Sometimes we swap.”

So, once the gig is done and dusted, what’s on your future itinerary as far as Arty Records is concerned?

“Well, that’s one of the reasons I’m retiring because Arty Records has gone a bit ballistic, which is a great problem to have,” she says. “But something had to give and the give is me because I’ve done more than I ever set out to do. So it’s more of this advisory, consulting and mentoring; helping artists along to the next stage. I love to be able to help these people out.”

We get the picture that you’re a summer person and you are no doubt in your element right now. Are they any personal goals or endeavours you’re looking at post-retirement such as holidays, hobbies or even meeting a Darcy?

“Even meeting a Darcy! Of course!” Ronnie says, laughing. “How good is that? Yeah, if they exist! Of course, if you know my Darcy poem [A Darcy Before I Die], it is a satire because people in their lives have been sold the dummy of Hollywood romance. The whole idea with Darcy is about looking for happiness externally, and it’s kind of a pedestal that doesn’t exist; and we know that. But I think it’s great that people are so optimistic that they believe it’ll happen the next time around.

“The irony in life is if you do your own homework, you work on yourself and you finally get your act together,” she adds, “the quirky dark kind of macabre irony is by the time you’ve got all that together, you don’t need a Darcy. In fact, you don’t need anyone at all to make you complete. But, of course, that’s when you’re probably at your most attractive. Isn’t that a funny thing about life?”

“I think we’re easily blind-sighted by thinking a new trend is a new thing but really it’s the same old thing repackaged; you can see general patterns, something musicians are really good at, by and large through history,” Ronnie says. “The key player is the emergence of the internet and the craic is that previously the most accessible art-form for most was commercial music.

“Then in comes the mid ‘90s and from then on the whole sense of being entertained had splintered into shards of specialist areas. This invention [internet] changed the face and fabric of everything but the trends don’t really matter anymore, which is fantastic!”

Book at thegov.oztix.com.au. Click HERE to purchase your tickets.