Ross Wilson – Daddy Who?: The King Of Eagle Rock Takes The Town At The CG Grand Central ~ Adelaide Fringe 2019 Interview 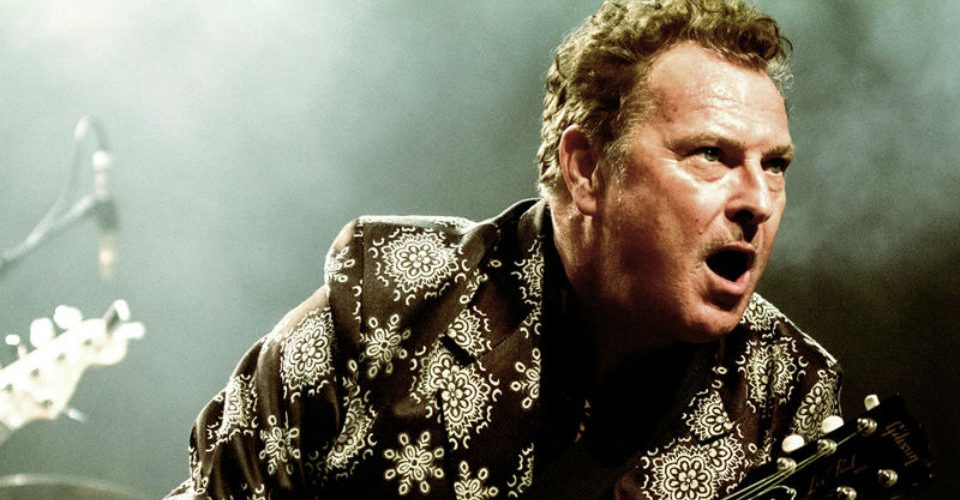 Aussie music icon Ross Wilson returns to Adelaide once again to perform his brand new show Ross Wilson – Daddy Who? as part of the In Concert #4 Series at The GC Grand Central on Angus Street. Presented by Rob Pippan Productions, the legendary songwriter of Eagle Rock and producer for Skyhooks speaks to The Clothesline about his upcoming Adelaide Fringe 2019 show, his life and his craft.

We begin by asking Ross what audiences can expect from his show?

“Well, you know, I’m on tour all the time. But because it’s the Adelaide Fringe Festival I try to make it a little bit different,” he begins. “I’ve got a brand new band; a couple of guys that have been playing for a while and a hotshot new guitarist named James Brian spicing things up a bit. But, you know, we’ll be doing some Daddy Cool, some Mondo Rock and some of my solo stuff, so there’ll be a couple of songs people haven’t have heard before – which I promise to be very entertaining!”

You’re not doing Party Machine this time are you?

“I have done before but, no, there are no Party Machine songs this time.”

Do you still wear the fox tail?

“No I haven’t for a while,” Ross says. “I tend to just bring it out only special occasions”

Whose idea was that originally?

“I think it was because we used to muck around with stuff. We had these art school friends and they would just make us clothes or say ‘Hey, wear this!’ or (conversely) ‘make us a costume’.” He recalls. “They made Gary Young a Devil’s suit like that cartoon character, Hot Stuff, and Mickey Mouse ears for Wayne (Duncan).

“Because I had a beard and a pointy nose and the hair that I looked a bit like a fox so they made these little ears for me and a fox tail. It made quite an impression. But people used to reach up on stage and rip my foxtail off! I remember one time we were at the Melbourne town hall someone ripped the foxtail off and ran out. I jumped off the stage and chased him out onto Swanson St and got it back off him.” 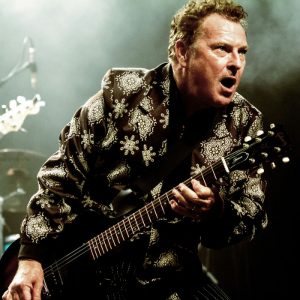 Oh! You actually caught up with him?

“Yeah yeah yeah!” he laughs. I was shouting out things like, ‘Gimme that fricken tail!’.”

I hear you did some gigs with Captain Beefheart?

“Yes, we did some gigs at the Fox Theatre in Long Beach and got quite popular down there when we were hanging around in Los Angeles,” Ross says. “Beefheart was on there for a couple of nights in a row, and I was really in awe of him at the time. He had one of his best albums out, Clearspot, and he had that band with Arty Tripp on drums and all that sort of stuff.”

He’s quite an eccentric character, isn’t he?

“Yeah, well I didn’t actually get to talk to him and stuff, because I was a bit shy [laughs]! I didn’t want to intrude, but I was a fan.”

As a successful and experienced songwriter, in your opinion what makes a good song?

“Well see, it took me a while to learn how to write songs. What typically happens when you start to experiment with songs when you’re young, in young bands, is you’ll have a song and you’ll have THREE PARTS!” he excitedly exclaims. “Or you’ll change tempo or go somewhere else. But after a while you realise that it’s not actually that interesting doing things that way, and we learn to cut that down to [whining tone] ‘one thing per song’.

“Y’know, once I realised that – one idea, although there may be some subtext to it, but you just make it work and you fit it into the three and a half minutes – sometimes you can play longer, but you’ve still got to have that one central idea. Once I learned that I started writing better songs and that’s how Eagle Rock came along.”

Some people think they have a responsibility to reflect on the world through politically-influenced lyrics, like Bob Dylan, whereas others prefer a more laid back ‘let’s write a song about your girlfriend’ approach. Which do you think you prefer?

“The first song I wrote that had a social impact was Living In The Land Of Oz which was all about Aboriginals and land rights from the point of view of someone thinking ‘how the hell did I end up in this place?’ I had to think it through and see the things that had happened for me to be a white guy living in Australia,” he says. “So I’ve written a couple like that and I think that’s okay. Whether people are going to listen to it is another thing but the point is, you’ve got to write about the things that concern you whether it is your girlfriend or something that affects society as a whole. That’s all you can write about because everybody has a different viewpoint. You can only be subjective.”

Speaking of lyrics, are you publishing another songbook anytime soon?

No no!” he laughs. “We’ll see. That book was before I knew anything about music publishing with Party Machine. We just wanted people to know the words to our songs because we were one of the few bands around that were doing all original material at the time, y’know? And then it ended up getting seized and we ended up getting the most publicity we ever had!

“So, I learned a lesson from that y’know?” Ross says. “Because Daddy Cool got banned, and then Skyhooks got banned… getting banned is good! Stones get banned, everything gets banned and it makes you more popular.”

Is there anything you’d like to tell our readers about Daddy Who?

“Well, we’ll only be here for the one night, so if you want to catch me, Fri 15 Feb is the night to do it. Not that far down the track. Then I’ll be moving on to Whyalla playing with Barnsey!”