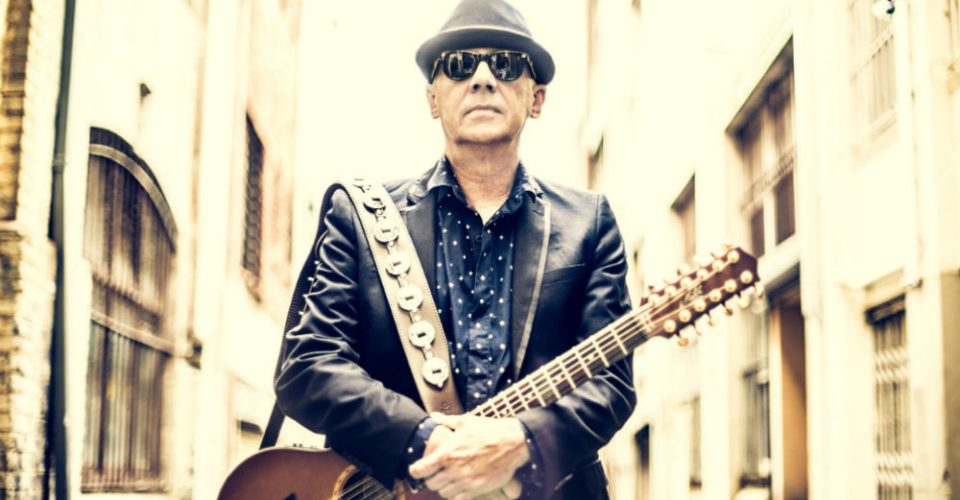 The legendary Russell Morris is heading back to town to play an Adelaide Fringe show in The Garden Of Unearthly Delights’ Aurora Spiegeltent. His personal rediscovery of blues music has been the key to his recent resurgence in popularity, and he’s showing no signs of slowing down. On the back of the two most successful albums of his career, he has been touring relentlessly and regularly appearing at roots and blues-type music festivals.

We talk with Russell on the eve of his visit to town, and ask if he is looking forward to being part of Adelaide’s annual month of mayhem?

“I really love the way Adelaide puts these things together,” he begins. “The Fringe, Cabaret Festival and all the other festivals that go on there – it has a real boutique feel about it, which I really like. At one stage I was thinking of living in Adelaide; I like the feel of the city.

“When Adelaide puts things on they are a little bit more quirky than other cities, so I think it should be an enormous amount of fun,” Russell continues. “Working in The Spiegeltent is a wondrous thing; I’ve played there before, although it was in Queensland, and I just loved it. It’s a great atmosphere, almost like you’ve stepped back in time.”

What have you been up to in recent months?

“I continued to tour; I never really stopped for the whole of 2014,” Russell says. “We really got lucky; we were nominated again for an ARIA award, and also won the Leading Edge Album Of The Year.

“In between touring, I’ve been writing songs for the new album, which I won’t start recording until the end of May. This one will be the last in the trilogy, because I don’t want to become known as a ‘professional Australian’. I’ll have done three Australiana albums, and that will be the end of the history stuff.”

Are you still digging the blues or are you finding yourself looking at other styles, both as a writer and a performer?

“Writing blues music comes more naturally to me than trying to write a pop song,” he says. “That’s how I started, singing the blues, but I got seduced by the pop market. I had some hits and headed in that direction. When I was writing and doing psychedelic stuff, it was putting round pegs in square holes. I really like psychedelic music but writing it didn’t come easily.”

So, the blues won the battle?

“When I decided to do the blues album, everyone tried to talk me out of it,” Russell admits. “People said ‘Why are you doing this? It will never sell, no-one will ever play it and no-one is interested in the blues.’ I said ‘Well I am doing it; I don’t care. I’m not doing the album to make sales because I don’t think it will sell either. I’m just doing it because I love it.’ And strangely enough, it worked.

“If I was given the choice, if someone said ‘What would you like to play? Would you like to play Pictures Of Matchstick Men and Hole In My Shoe, or do you want to sing Hoochie Coochie Man and Little Red Rooster?’ I would always pick the latter. I enjoy it. It’s hard to explain. It’s something that I have a better feel for.”

Last time you spoke with The Clothesline, you were busy writing songs for the third album in the trilogy. Where are you finding the inspiration for your writing? Has it been relatively painless?

“Yes, it has, because I knew what I wanted to do,’ he explains. “The first album had an urban theme, and the second was about some of the really important things that affected Australia; a bigger picture. The third album is really about the red dirt of Australia. I thought that if I was going to write a trilogy about the history of Australia I’d better include the people that were here before all of us white folks, so there will be a bit about indigenous culture.

“There will be a feel of simplicity on this album. I don’t want to complicate it. I think I’ve written 16 songs, and we’ll probably record 12 of them. I’m really anxious to get in the studio; I’d like to be in there right now. I thought I might give it another month or two though, just in case another song pops into my mind!”

Many of the artists who play at The Spiegeltent present an intimate, pared down performance. Will it be the four piece band at The Fringe, or something different?

“It will be the whole band; I think it will be good. I’m not sure yet if we’ll do it all acoustically or whether we’ll use one electric guitar.”

And will the set list will be a mix of old and new?

“Yes. I’ll do a combination of songs from the last two albums and I’ll play some, not too many, of the old hits. When I do the third album it will be a combination of all three and the hits won’t appear at all, unless I get an encore. It’s hard to fit them in with the way the new songs work.

“We tend to usually play for an hour and a half, so a one-hour set is short for us,” Russell concludes. “It will be interesting to see which songs I choose. I won’t do too many of the old songs because that will just take up too much of the time. I’ll probably just do a couple. Maybe!”

Russell Morris performs at The Garden of Unearthly Delights’ Aurora Spiegeltent from 7.00pm on Sat Feb 28.