SAM TAUNTON – ROOSTER: I’ll Meet You Outside After The Show For A ‘Festival Vape’ ~ Adelaide Fringe 2020 Interview 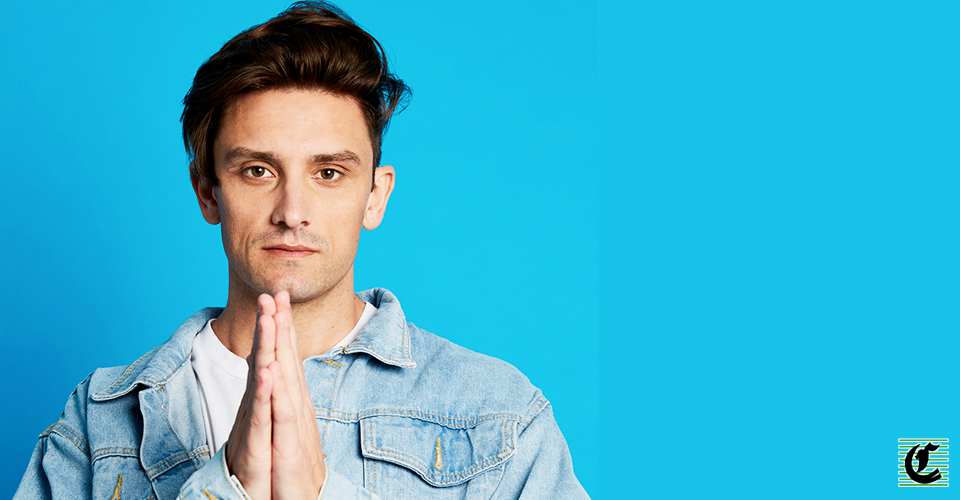 You’ve seen him on the telly, you’ve seen him in his ABC stand up special and now Sam Taunton is about to bring his show ROOSTER to the Adelaide Fringe 2020. I’m always curious is your Adelaide a new show or your last year Melbourne Comedy Festival show at the end of its run around the comedy circuit?

“No no, this is my brand new show. Last year I did a show called Straight From The Shoulder, which was kind of about my Dad’s country music album. This show is completely different it’s a straight up, nuts and bolts stand up show and I am having a ball doing it so far. I have run it in a bit already. Some shows do use Adelaide to work their show out, because Adelaide people are so nice and it’s the Fringe, you can use it as a testing ground. But I’ve done a few weeks in Perth and I’ve just been in Brisbane, so by the time we get to Adelaide Fringe we will be raring to go!”

Because this is less of a narrative show, does that mean when you had to register the show six months ago you basically just went….ROOSTER!

“Yeah pretty much you have hit the nail right of the head,” Sam says. “I was having a little holiday in Italy with some other comedians after Edinburgh Fringe. Adelaide is crazy as you know, but Edinburgh is a whole other level, where everybody is drinking and partying and doing shows and it’s so much fun. So there was a bunch of us sitting on a beach in Italy trying to work out show names and I think I just saw a picture of a rooster on my phone and said ‘What about Rooster?’ and everybody said ‘Yeah that’s great!’.”

Was that your first time doing a show in Edinburgh?

“Yes, I had been there before a few times, seeing shows and doing spots, but last year was the first time I did my own one hour show every night. I had such a good time.”

How different are the audiences, or if they are laughing it is the just the same?

“Edinburgh is so crazy man, because one night you might have twenty five old Scottish people one night and the next night you have eighty people and none of them speak English as a first language,” Sam says. “It is so bizarre. Or you get private school kids from London who have come up to see a bunch of shows and they are sort of classist towards Australians so they are not on board with you. But, you have to try and win everybody over which is really good fun for me. I’ve got jokes and punchlines and I have to try and articulate them to whoever happens to come to the show. That’s why Adelaide is so great, they are out for fun and they are up for it.”

Adelaide Fringe has about 1500 shows this year, but Edinburgh is even more crazy than that, with people doing shows at 9am?

“Edinburgh Fringe is something like 3500 shows and just think about how nuts that is. I was doing shows at 2:30am some days. I was really lucky; I had really good runs, good word of mouth and some good reviews early on so I was pretty full most nights. But you do really have to fight to even get noticed over there. There are a lot of people going to shows but there are just so many comedians doing so many shows. Adelaide and Melbourne are not quite as big but they are still really big. They are both world class and you still have to be out there waving your arms around to get noticed. I enjoy all festivals, being in a place you don’t live or know particularly well is a great experience. I get to hang out with all my friends, see other shows, so much fun.”

Adelaide tends to do all its fun in four weeks which isn’t ideal.

“I miss the cars this year. Last year I was watching a play and there was big group of guys in Holden jackets at the back and I could think was, ‘How did you guys end up in a one woman play about Feminism?’.”

One of your TV gigs is being a roving reporter for The Panel – out in the streets with the randoms – with you having to roll with the punches. Does it help that you have form dealing with hecklers and such?

“I think so, it prepares you for anything,” Sam says. “I like it because you don’t have to do a lot of preparation. You just turn up with your microphone and jump in. I think stand up is the best training for, well, anything in life really, but especially as a writer and performer. Because you have to write your own stuff, produce it, direct your own stuff, helps your acting and you have to deal with stuff that happens in the moment. It’s a good skill set for anyone in the performing arts. I always encourage people to try it if they are interested.”

Part of that energy that make live stand up so fantastic is watching comedians zig when they were intending to zag, whether it’s a heckler or a stage light blowing out.

“Totally! People might know the kind of jokes they are going to get, but you have to react to the room and what is happening in the moment. It means you have to let punchlines die sometimes because something happens and you have to just go with it. Because it’s not a theatre show, even when you have a narrative show, stand up is a thing that happens in the room. It’s some of those things that people remember the most.”

Craig Egan from Adelaide Comedy recently said that now people see their comedy on YouTube on their phones or PCs, even the HBO specials, what you are missing is ‘the room’. Because you can’t capture the electricity of those things that happen that one time in that one show for the people who are in the room that night.

“Absolutely!” Sam exclaims. “That is such a good point. I was talking to comedians in Perth about how easy it is to get caught up watching comedy specials, but when you see them they are so slick and polished because that show has been worked on and tweaked and perfected over a year or more. So it comes over like a TV episode or one big monologue. They film stand up for TV, but that is not what stand up really is. It’s the polished end product.

“Also audiences for those things react differently too, they laugh at all the places they think they should, and they are aware of the cameras and sound guys. It’s not like when you are doing a late night show in The Garden and the audience is four women off their minds on Pimms, yelling at you. That isn’t going to happen in a TV recording. I’m always trying to be loose and in the moment and just go with it y’know. The show is only ever what it is on that night.”

The blurb on FringeTix about your show talks about your vaping, I don’t understand it at all.

“Oh I’m into it. I go off it and then back on. After a gig and we were having a few drink but we were all vaping. Nobody smokes cigarettes anymore; they all have these little electronic vapes. I think it’s bad for you. I’ve read that is it worse than cigarettes.”

Do you think anybody starts on vaping but switches to cigarette?

“Oh that’s a great question! Maybe, it depends on what you are vaping! I don’t know heaps about it, I don’t smoke cigarettes but I own a vape. I guess if you were vaping the ones with nicotine and you needed your hit of that you might get some ciggies! A cigarette is pretty full on compared to a vape though. Who know what people will be doing in thirty years? Maybe downloading an app that makes you feel like you are smoking a vape. I’m excited to find out!

SAM TAUNTON – ROOSTER performs at The Spare Room in The Garden Of Unearthly Delights from 8.15pm on Fri 6 Mar until Sun 15 Mar.