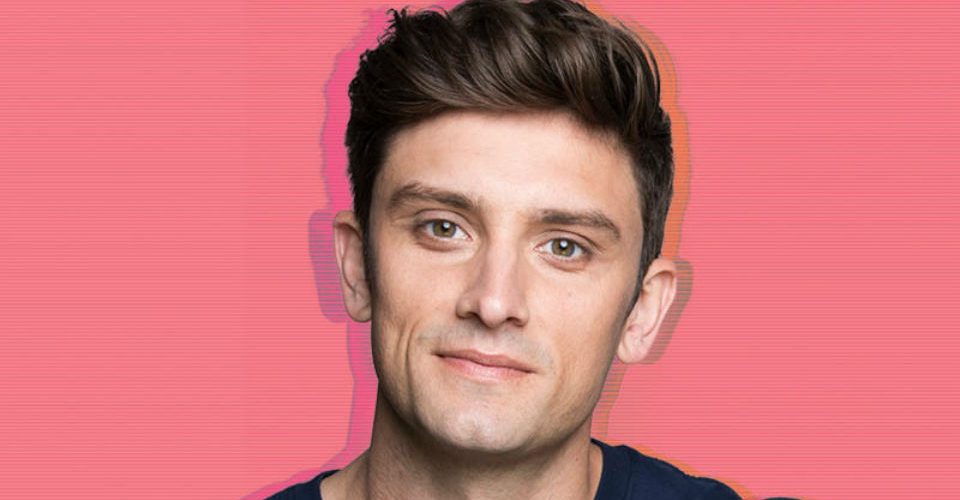 Sam Taunton has performed on ABC Next Gen, Comedy Up Late, MTV, and Triple J, and has been nominated for some comedy awards, but has not previously performed in Adelaide. We speak with Sam via email, to find out what we can expect from Straight From The Shoulder, which is a show based around his father Tony Taunton’s 1988 country music album of the same name. We ask if this is his first time in Adelaide.

“I came here once before – years ago when I was about five or six. My Dad took my sister and me down to Kangaroo Island. So much has changed since then! The Adelaide Oval has so many more seats now!!”

“To be honest, there’s nothing against country music in the show – it’s just relevant to the story that my Dad was a country musician for a huge chunk of his life. I secretly like it, but I’ll always publicly tease anyone who is a fan! There’s just too much to work with!”

Did you ever consider being a country singer rather than a stand-up comic?

“Lol, never. EVER! I wanted to be a fingerstyle guitarist/session guitarist for a while in my early teens but quickly realised it was an even WORSE financial decision than pursuing stand-up comedy.”

Your father played with Smoky Dawson. Did you meet many country singers growing up?

“I met so many!! I was super young so it never meant much to me. What I would do for a selfie with Lee Kernaghan now.”

What’s the hardest thing about being a stand-up comic?

“Probably working out how to spend all the money you make!! Sometimes you’re drowning in cash and it’s like “omg it’s actually hard to decide between two or three European sports cars…”

You have performed comedy all over the world. What has been your favourite place?

“Yeah! I’ve been so lucky to do gigs all over the world. Places that aren’t exactly comedy hotspots as well – like Malaysia, Hong Kong and India. I loved doing shows in India. Culturally the countries are so different so you really have to change your act and write differently to connect. Also the food is unreal and you roll the dice every meal then wait and find out if you’ll need to shit yourself on stage that night.”

You have worked extensively on TV and radio. What’s your favourite part of the comedy gig?

“Oh, stand-up is what it’s all about. I like writing for TV; the process of putting a TV show together is very exciting, but nothing like doing stand-up. I do all the stuff so I can try and pack my tent out at festival time.”

What do you expect people will enjoy most about your show?

“Hopefully the jokes and my boyish charm!

“There’s a few bits in the show about childhood and adult life that I think people will enjoy following along. There’s also a bit about the subjective nature of comedy so if you don’t like it, I explain during the show why it’s not my fault!”

Sam Taunton – Straight From The Shoulder performs at The Garden Of Unearthly Delights – Spare Room, from 9.30pm until Sun Mar 3.