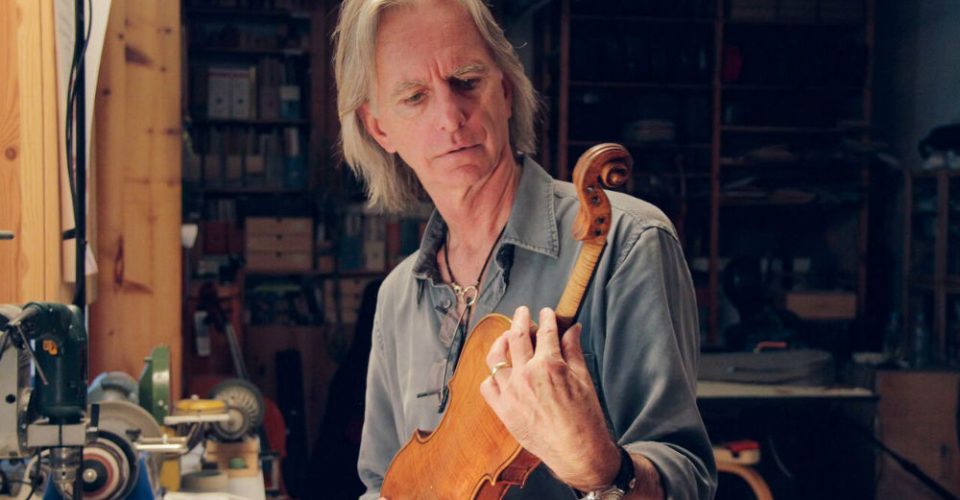 Scott Hicks is a world-renowned and highly awarded film maker, director, writer, producer and sometimes cameraman who started his career in the ‘70s in Adelaide, which he still calls home. His best-known film, Shine, made in Adelaide, received seven Oscar nominations including Best Film and won Best Actor for Geoffrey Rush, launching him into his international career.

Scott’s latest film, Highly Strung, released nationally on Thu 19 May, is a captivating and vibrant documentary about the Adelaide-based Australian String Quartet (ASQ) and the patrons who support them, the multi-million dollar 18th Century Guadagnini instruments they play and the intriguing international life of a multi-million dollar violin.

Scott speaks with Nikki Fort about his latest project.

“Highly Strung is drawing you into a world of people, not theoretical knowledge about classical music,” he begins. “As a film maker, what I want to do is connect to those people in front of a camera in order to convey some of the complexities and excitement and interests of their world, and of course, it’s also about the instruments they play.

“For me, one of the intriguing things was discovering, in conversation with, not only the ASQ but with someone as prominent and famous as violinist Joshua Bell, that the conversation about their instruments is really as if it’s a relationship they’re having. In the film, Joshua Bell says, ‘My greatest concerts… really it depends on just how the instrument and I are getting along that day.’ That really put it into perspective for me.”

What inspired you to make the film?

“It was Ulrike Klein (co-founder of Jurlique cosmetics and patron of ASQ) who came to me and my wife and producer of the film Kerry Heysen,” Scott says. “She told us about a project she’d initiated to gather these four extremely rare Guadagnini instruments together and loan them to the Australian String Quartet to further elevate their profile internationally. She asked if I thought there was a story there and I jumped at it as I have an interest in classical music and I could immediately feel the layers of what was there: the musicians, the dealers, the makers, the luthiers, the philanthropists, the collectors, Ulrike.

“Ulrike Klein is really the modern-day equivalent of a Medici back in the Renaissance, when Stradivari was making instruments for the patrons, who could afford them, and they would loan them to the musicians. It’s an honourable historic tradition and we’re lucky to have her here in Adelaide. She’s providing a musical heritage. Ulrike is a remarkable person, a true patron and she had the vision to put the instruments into a foundation so they can never be dispersed and sold, but passed on through the generations. It’s an amazing gift to the state, and the country.”

You brought the eye of the storyteller to Highly Strung. At times I was captivated by the glorious light in a shot, the interesting angle you chose, or the breathtaking beauty of some of the settings. It looked more like a feature film than a documentary.

“Thank you for that,” Scott says. “Yes, holding the camera and shooting the images myself is extremely liberating. I have worked with some excellent documentary camera people but it’s wonderful to be able to find the shots I want without coaxing them towards it or physically turning them around to show them what I need. When I’m shooting and directing, it’s a boon.

“One of the challenges for me making Highly Strung was that it wasn’t all about the ASQ, though obviously they were part of it in relation to the Guadagnini instruments, but at the other end of the spectrum there is also the Carpenter family in America.”

The fabulous Carpenters! They are like the Liberace Kardashians of the violin world. Amazing! Dressed by Versace, flamboyant and out there and also impassioned about preserving the heritage of the Stradivarius’ and have the means to do it.

“Yes and the talent to be active musicians,” he agrees. “David Carpenter is a highly regarded viola soloist all around the world. There may be people who would react against the Carpenters’ heavy marketing and their obsession with money, but in their own way, they totally get it. In the film, it’s David Carpenter who says to me over his shoulder, ‘This part’s going to be called Keeping Up With The Carpenters,’ which is a direct Kardashian reference. So they are very self-aware.

“The three siblings, two brothers and a sister, are an indissoluble unit; they’re like a braid, tightly intertwined and never say anything negative about each other. I guess the ASQ could have learned a bit about that in the sense of ‘What is a unit?’ What does it take to market successfully when you have all the resources; you have the instruments, you have the funding, the infrastructure. Then it’s down to how your personalities can mesh effectively.”

How did you come to filmmaking? Was it something you always wanted to do?

“Absolutely not. It was a succession of accidents really,” Scott says. “I was born in East Africa, grew up in Kenya and went to boarding school at a very early age. There was no television and very little cinema in Kenya in the ‘60s. Then I went to boarding school in England, where all I saw was the occasional 16mm clattery print of Lawrence Olivier prancing around doing Shakespeare. So by the time I came to Australia at age 14, I’d seen very little cinema. By a series of accidents, I ended up going to Flinders University where I stumbled into the drama course. Within it there was this topic called ‘Filmmaking’. That, very quickly, became the most exciting and fun thing to do with your friends.

“It just grew from there,” he continues. “I never thought about it as a career or how to make money out of it. I had no idea. Everything from there just grew out of the passion for being involved and some good fortune in timing. In the ‘70s, Don Dunstan created an environment in which it was possible for me to become a filmmaker. If he hadn’t been around I would probably be teaching history in the north-eastern suburbs or languishing in some embassy somewhere as a sort of attaché.”

Even when making big budget films in America you have often done post-production here in Adelaide.

“I love working in America, being in the big game, learning how to make films on that scale,” Scott says, “and I also enjoy leaving it. It’s been important to me to bring as much of my work as possible back home to put that money into the local industry, because we have great people here. I’ve done post-production on maybe six or seven movies here, so millions of dollars, over time, have gone into the local industry.

“It’s actually in my contract that when I’m doing a studio picture I will do post-production in Adelaide,” he adds. “The head of the studio will come to Adelaide to look at what I’m doing and meet the people I’m working with. So it definitely opens doors and keeps them open for the people I work with here. The industry has been very generous to me so it’s nice to give back. Plus, I get to be home.”

Bookings at palacecinemas.com.au. Click HERE to purchase your tickets.