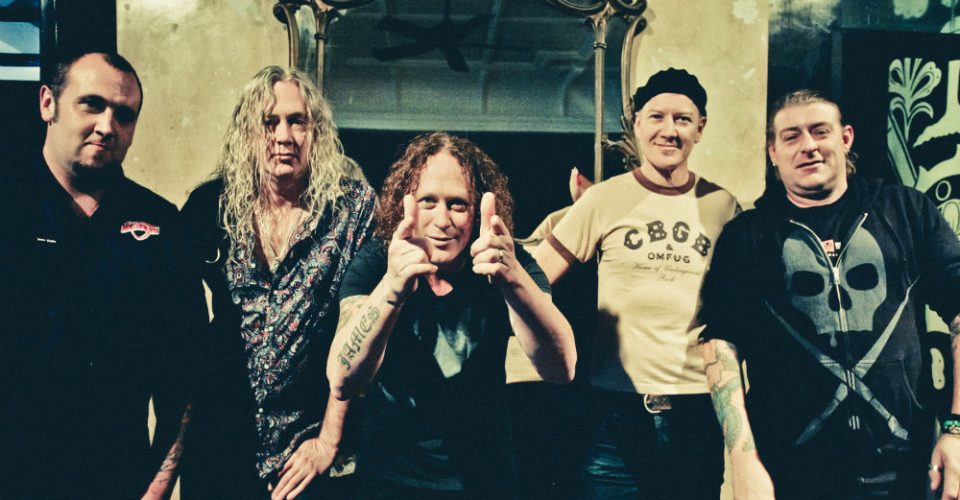 For 25 years The Screaming Jets have been dishing out great Aussie rock. With six studio albums, two live releases, more than 20 singles and two DVDs, these boys have established a reputation as one of Australia’s best live bands. To celebrate their silver anniversary, The Screaming Jets have released their seventh studio album, Atomic 47, and are taking it on the road and across the country.

Dave Gleeson has been living happily in the Adelaide Hills for the past 10 years with his wife and two children. It’s not common knowledge but used to be a plumber’s assistant by trade.

“I was in Sydney last week and a mate told me he had a pit to dig and asked if I wanted to come help him. I said no!” Dave chuckles. “He was the one I was working with back in the days when I was doing my solo stuff. When that started to take off I told him that I’d have to knock this plumbing thing on the head. I think he’s still hoping I’ll be back – but I won’t [laughs].”

It’s not like you have the time for it really. Between live gigs with The Screaming Jets and The Angels, radio and parenting, it’s amazing you find time to sleep.

“Exactly! I’ve been away every weekend since May 20 so I get home and do [parenting] Monday to Thursday and then off I go again. The kids, who are ten and six, are a bit over that! The days of running up to me for a cuddle has turned into ‘Did you get me anything?’,” he laughs. “I always say no!”

Your recent tour with The Angels was fabulous. The Gov was packed, the audience were totally into it, the tribute to Doc Neeson really good and the atmosphere was fantastic. But there was a part of me that kept expecting a Screaming Jets song to come out!

“A lot of people say that. They tell me ‘Can you just play Better?!’ which, of course, I can’t. It’s called cross-pollination and we don’t do that [chuckles].”

So, how did you come to be with The Angels?

“Doc left in 2010 and John and Rick were going around performing as The Brewster Brothers,” Dave says. “I was at one of their shows and got up and sang a few songs with them. They then invited me along to some demo stuff they were doing in Sydney, which I was happy to do, and it went from there. The demo songs were sounding good, the boys were excited to be back in the studio and getting stuff down and, before we knew it, we were organising a tour and off we went.

“It worked out well because The Screaming Jets were having a bit of a sabbatical at the time. It’s funny because I had just seen that movie The Wrestler with Mickey Rourke in it and was drawing parallels with myself; I’d gone from the penthouse to the shithouse…”

But you started at the shithouse – as the plumber’s assistant…

“Well, that’s right – shithouse, penthouse, shithouse,” he chuckles. “I wasn’t really doing much at the time, although I was a part of both the Led Zepplin Whole Lotta Love Tribute Tour and Long Live Bon Scott Tribute show featuring Mark Gable, Angry Anderson, John Swan and Dave Evans, so I just wanted to get some filming done and next thing you know I’m working for The Angels, I get a job at Triple M and everything is coming up Gleeso! So much for my tale of woe [laughs]!”

Do you enjoy the radio work?

“Yeah, I really do. I’m lucky enough to be working with a couple of people who have become really good friends, so it’s great fun.” 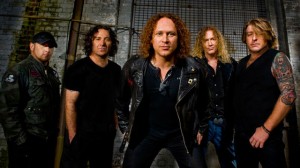 You’ve been quoted as once saying that you were happy you made it past 25 years of age because you didn’t think you would live that long. Now The Screaming Jets, after starting out with a Battle Of The Bands win, have reached the same milestone. How’s this all feeling for you?

“You know, all the best things started happening in my life after I turned 30,” Dave says. “I had already met my wife and started a family; it’s things like that which give you a better perspective on life and your place in the world. I got past that whole ‘live hard, die young, leave a good looking corpse’ mentality. Now I’m 46 and living life.”

There have been line-up changes through the 25-year history of the Jets, but Dave and bass player Paul Woseen remain steadfast as the original founding members. Guitarist Jimmy Hocking joined the band in 1993 playing until 1997 before returning in 2009. Guitarist Scotty Kingman (Horsehead) joined in 2007 and drummer Mickl “The Slayer” Sayers (Tripguage) became part of the band in 2005, replacing Col Hatchman. We ask Dave if the dynamics of the band change when members leave.

“It is hard because there is a part of you that wants to maintain the original band; there’s always a certain amount of romanticism that goes along with that,” he says. “But the plus side is that you find someone who is excited and bringing new energy to the band. It’s a bit like getting a new toy when you hit it off with new members. Jimmy Hocking and I are a good example of that; we’re both very silly when we’re together.

“This current line-up has been together for a good six or seven years so we figured it was about time we pulled finger and recorded something!”

Do you all write together as a band?

“It depends,” Dave says. “Paul and I have written a bunch of songs together for this new record, as did Jimmy and I, but Paul – being the prolific writer that he is – has another thirty songs or so for us to look at for the final album mix, so songwriting takes on many forms.”

At the time of speaking with Dave, the recording process for the now completed Atomic 47 album had not yet begun.

“We’re only doing four days in the studio,” he proudly declares. “We’ve decided that all that other wankery that goes on with recording is not for us; we’re just going to get in there and record it as live as we can and get it out there. Scotty, our guitarist, recently built his own studio – Yabby Road Studios – and it’s perfect. It’s a big room for us to get in there and just bang it out.

“As a producer and engineer, Scotty has worked many times with James Reyne’s and Mark Seymour’s records, so it’s going to be very in-house, which excites me more than anything. No useless outside influences,” he says, with a sarcastic snooty voice.

All For One has always been the album of choice for me to shake off the frustrations or to get pumped up. 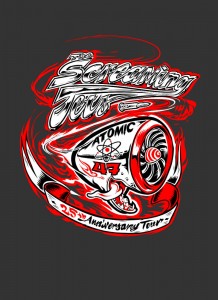 “Excellent! It’s that feel that we’re going for,” Dave says. “Good fun rock‘n’roll! We’ve never been one to write candy throwaway songs. The vibe of this album is the same vein as Aerosmith, Van Halen, AC/DC and The Angels – the kind of music people put on because it takes them somewhere.”

Do you enjoy singing ballads? Shivers is a perfect example.

“I’m a country music fan so I love doing ballads. Garth Brooks, Johnny Cash, Willie Nelson and all those guys, they’re my true songwriting heroes,” he reveals. “My 2002 solo recording – Wanted Man – was basically a blues/country-rock album. Very close to my heart is country music! I come from a big family and the song that probably got me into country music was Slim Dusty’s The Biggest Disappointment In The Family Was Me. I used to play it as loud as I could. so words were my words… which was my way of saying to my parents ‘I know you think I’m the biggest disappointment in the family, ya bastards!’ [laughs].”

Dave explains that the band wanted and album name that was a little bit cryptic and that it was Paul Woseen that came up with Atomic 47 – 47 being the atomic number for silver. It’s completely apt with 25 years being the silver anniversary. He is also very excited to be playing at The Gov once again.

“We do love The Gov!” he enthuses. “It’s definitely one of Australia’s premiere rock venues – no doubt about it. Anyone that you talk to, be it local musicians or interstate and overseas bands, everyone talks about The Gov as one of the great places to play!”