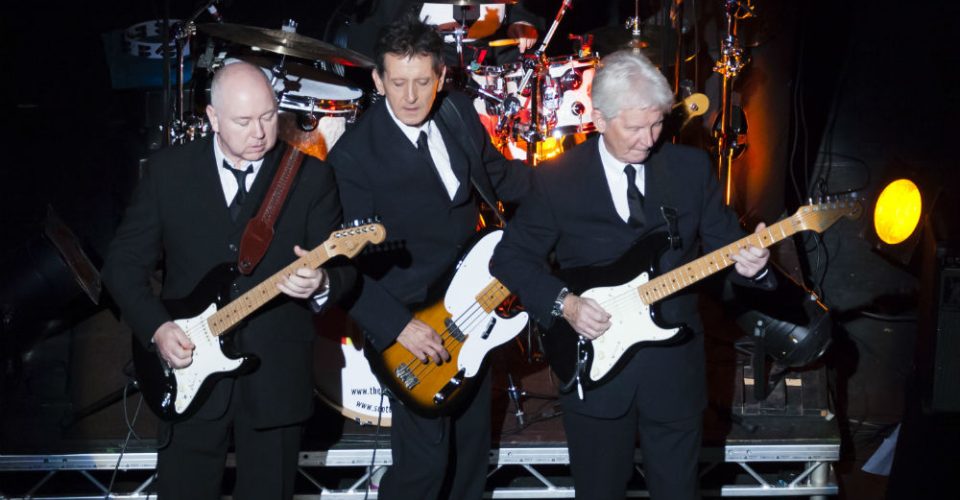 It’s been fifty years since Love Potion No. 9 stormed up the hit parades (remember them?) in the US and Australia. It was one of a string of hits that made The Searchers a household name in the ‘60s. Fifty years on and these boys from Liverpool are still performing to enthusiastic audiences around the world and are making their way to Adelaide for one night only on Tue Feb 6.

We speak, via email, with The Searchers’ front man and bass player, Frank Allen, on the eve of their Anniversary Australian Tour and ask when it was that the band last came to Australia and what his memories were of that visit.

“We did a 6-week tour at the end of January 2014. It’s a regular routine for us these days and has been for the last 14 years. Apart from that we’ve been visiting off and on since our first trip in 1964 when we headlined over Del Shannon, Peter & Gordon, Eden Kane and Dinah Lee. We then returned in 1966 co-headlining with The Rolling Stones. The years following it was mainly club work as opposed to our current regime of theatres and the larger RSLs where we present a fairly complete history of The Searchers in a 2 hour show.

“Our significant memories are mainly of the early tours. Our original drummer Chris Curtis, who was the showman of the group back then, was having a bad time mentally during the tour with The Stones and at the end of the trip, which included him collapsing as we were about to perform on a TV show and being rushed to hospital, and he decided that was the last time he would perform with the band.”

Why are you calling this an Anniversary Tour?

“In truth we could have an anniversary tour every year. It is fifty-two years since the band turned professional and fifty-one years since our first hit Sweets For My Sweet went to number one. At this particular time we are still celebrating fifty years of the band’s biggest success, Needles And Pins, reaching number one in the UK. 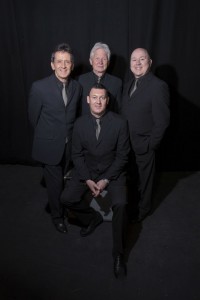 “Of course this year also turns into the 50th anniversary of Love Potion No. 9 taking the US by storm. Although it was never a single in the UK, it was our greatest chart success in The States and so many other territories.”

Fifty years is a long time to be in any business. How have The Searchers managed to survive for so long?

“Although we didn’t know it at the time, The Beatles caused such a cataclysmic explosion in the music industry that any artist achieving chart success during the period known as ‘The Sixties’ had a guaranteed longevity if they wanted it. That’s the reason why we had the opportunity to last.

“Why we are still performing? We love what we do and we still have our health. Most people look forward to retirement because it frees them up to enjoy the pursuits they really enjoy. What we enjoy is what we’ve done for over fifty years and therefore we see no reason to stop.”

There were times when things for the band were pretty hard. Did you ever feel like giving it all away?

“Absolutely not! There was a time when we thought it would slow down and finish – during the late sixties and seventies – but we dug our heels in to survive and as soon as the eighties arrived, the nostalgia boom kicked in and our career took off again in a big, although different, way.”

Some older artists and bands sound something less than they did in their glory years. How have The Searchers fared over the years? Have you tempered your arrangements to compensate for getting older and perhaps having less energy? Or is it more a case of getting better and better at your craft as the years go by?

“It’s inevitable that certain elements will be subtly different. It’s almost impossible not to change but I think we still keep things pretty much how it was, although we are certainly more skilled at what we do. But there is something very special about the simple naivety of those early days so it is important not to get too clever.”

Many artists credit The Searchers as a major influence on their music, including The Byrds, Tom Petty and Bruce Springsteen. Who were your influences when you first started?

“All the first rock‘n’roll stars of the 50s: Elvis, Little Richard, Buddy Holly, Fats Domino, Gene Vincent, Jerry Lee Lewis. I could fill the whole page with names. It was and always will be the most exciting time in music for me as a teenager when rock‘n’roll first came to town.”

You would have seen incredible changes in musical technology over the decades. Have you exploited technological innovation to build on the original Searchers sound in the studio or in live shows?

“We have to a limited extent. We introduced the guitar synthesiser to the sound in the mid-eighties to allow us to embellish the big emotional ballads in the main. But we object strongly to any pre-recorded backing and the guitar-synth is played live. A special pick-up converts the sound from the strings into almost any sound you want. But, I stress again, it is LIVE. So much in modern concerts is pre-recorded these days and while the artists on stage are playing and singing there is an awful lot that is filling out the sound and keeping the whole thing in time. We don’t ever want to go down that road.”

I’m assuming most of those attending The Searchers concerts are from the Baby Boomer generation. Do you get many younger fans to your shows?

“I have said in the past that these days a Searchers audience goes from extremely young to fast approaching death so, yes, we get just about every age – mostly in the 50 to 70 age bracket but an awful lot of younger people including teenagers and even pre-teens. Quite often we have 6 and 7-year-olds in the audience. A few months back we had our youngest attendee ever. His name was Spencer. He was in the front row with his mum and he was 9-months-old.”

“I just want to say to anyone who hasn’t been to one of our concerts to come and try it one time. It’s not just a band playing songs to you; we include stories and anecdotes about our career and we very often change the programme in mid-flight if someone suggests one of our old hits that we are still able to play. As I said before, this is a live show. We think you’ll have the best time of your life and go away feeling, as we always do, that you have spent an evening in the company of good friends.”

The Searchers perform their Live-On-Stage Anniversary Australian Tour 2015 at Her Majesty’s Theatre from 8pm on Fri Feb 6.