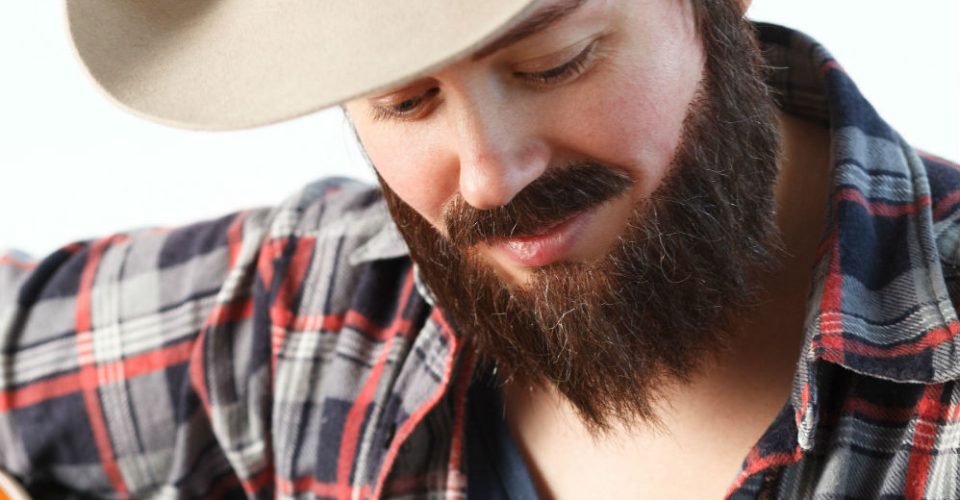 They say that behind every talented man is and equally-talented woman. None truer than when singer songwriter Selina Jenkins slips on a beard and hat to instantly transforms into the multi-award winning and endearing Beau Heartbreaker. The symbiotic pair is performing Beau Heartbreaker at Feast Festival, so we speak with Selina via email.

“Regardless of where I perform this show, nationally or internationally, Beau Heartbreaker comes with a money back quality guarantee. If you see the show and honestly believe the ‘quality’ of the performance to be poor, I am happy to refund the cost of your ticket in full. So far, no one has requested a refund.”

How did you create Beau? Is he based on anyone in particular?

“I wanted to create someone who was convincing and relatable; someone who wasn’t a caricature. I work on keeping Beau as real as I can because I’d like people to forget that they’re watching a character. I’ve tried to combine a ‘recognisably masculine’ exterior with other traits generally deemed of lesser ‘manly’ value, such as vulnerability, empathy, a tender kindness and gentle nature.

“Beau is a combination of many men I’ve known and loved across the years. I hope for him to be convincing, yet simultaneously challenge gender roles and stereotypes, allowing audiences to express their own vulnerability alongside him.”

Why do audiences love Beau so much?

“Whether I am performing in Outback Australia or a big city in the US, the response to Beau has been overwhelmingly positive. And I’m so grateful for that. It certainly makes my job a lot easier. I enjoy many different types of comedy and performance, but I’m a strong believer that getting a laugh or response doesn’t have to come at the expense of others. Beau is a genuinely lovely individual.

“The idea of a woman performing as a man may be confronting to some, but the reality of Beau could not be less so. The most consistent feedback I receive from audiences is how comfortable they are around Beau, even if the content evokes strong emotions at times.”

How easy is it to get into character?

“The frequency of which I perform as Beau has certainly made the transition into character much easier. Once the beard and the hat’s on, he’s ready to go!”

Selina Jenkins is a professional musician and the music is all original.

“The songs are catchy, witty and humorous and at times, just a tad heartbreaking. The music doesn’t have a dissimilar sound to what you’d hear on most indie/pop radio stations.”
You’ve won Best Cabaret Awards at the Adelaide Fringe and Melbourne Fringe Festival. How did it feel to win these?

“To be honest, it feels lovely to be nominated for, or win any award. I think if you invest a lot of yourself into anything, the recognition of that is a great feeling.”

What is the strangest response you’ve got from someone that has watched you perform as Beau?

“Where should I start?! Audience members wanting to have a beer with Beau after the show and continue getting to know him is relatively common. I don’t blame them; he’s far more interesting than me. Both women and men ask me who Beau is based on and if they could meet that person.

“But perhaps the strangest response has been the handful of people at different gigs over the past year to have come up & lick my face either during or after a performance.”

Selina says that she is planning for Beau Heartbreaker to be part of Adelaide Fringe and Melbourne International Comedy Festivals next year. She is intends touring the USA and UK, including performing at the Edinburgh Fringe Festival. In the meantime she plans to catch as many Feast shows as she can in the short time she is in town