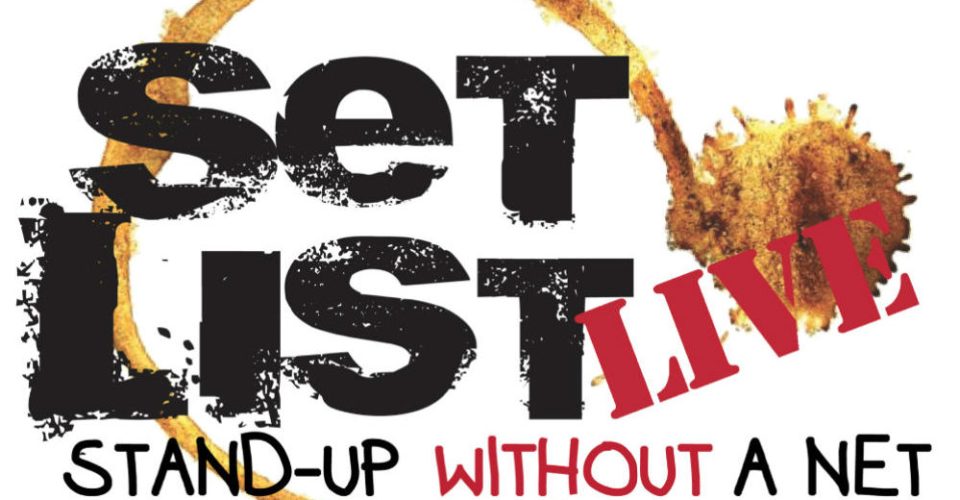 What if someone else wrote a set list of original, outrageous topics and handed them over to some of the world’s best comedians to make a performance out of it with absolutely no time to prepare or even think about it? Would you call it impossible? Or could you call it spontaneous genius? Set List has been seen on ABC2 and The Nerdist Channel on YouTube, and now it’s coming to the Adelaide Fringe.

We sent some questions to the people of Notorious Comedy. This is what they had to say for themselves.

“Set List was created years ago by Troy Conrad and his buddy Paul Provenza. They didn’t record the first one, but it’s become a worldwide hit both live and as a TV show.”

“As producers we don’t actually perform, but we were both drawn into it by the glorious madness experienced by first seeing it.”

“One of the ones who enjoys their craft and isn’t a dick. There are a lot of options.”

“As two producers we are each others partners in crime, but definitely do everything legally/not legally.”

“We are planning world domination and you will all be enslaved, so sucked in!”

“Getting teased for my terrible hair. That’s as good as it got.”

“Your…oh hang on, this is getting stupid.”

“Rather than time travel, I’d like to have a Groundhog Day scenario where the Adelaide Fringe never stops and we just start again when it ends.”

Fortunately we have a lot of ‘knock knock’ jokes and often a sudden need to go to the bar or the bathroom.”

“The mole on my back that isn’t cancerous.”

“Yet to be confirmed…”

“We’d song most comics because you can give them each a different type of song depending on how much you like them. We’d marry anyone who is already married as they have shown the ability for commitment. And avoid any comics who are avoiding us.”

“Not yet, but it’s a long Fringe and have no doubt it will happen.”

“Though difficult to hear it was something like ;kjhsdg;kjner;giu haowbivuwyalnrc…”

“Cheese and mayo, why hasn’t someone done that?”

“Not famous just yet, but we have high hopes.”