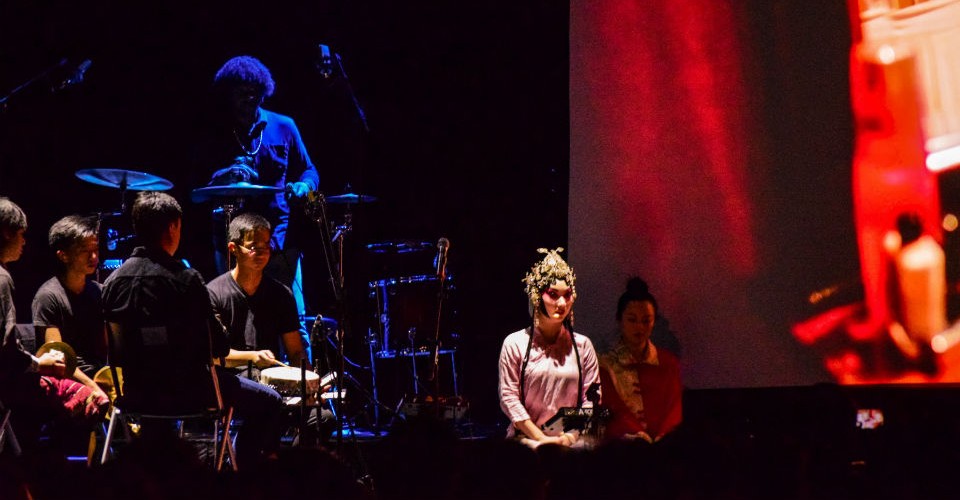 This was a show in two parts. The first half of the show was as per advertised in the OzAsia festival program – live musical accompaniment to a traditional Chinese folk tale. The second unadvertised part of the show was essentially a concert of jazz and funk inspired numbers by the Xi Ban band, and for which we’d have been better off across the road in the Botanic Hotel or one of the music pubs in the city, not Elder Hall.

The first half of the show was quaintly amusing. The story involves a Chinese character from traditional times finding himself suddenly transported to a modern city. The humour is balanced with a dose of pathos, and the action is frequently accompanied by a din of percussion instruments designed to exaggerate everything to hold the attention of street audiences. There were also some lovely quieter moments with plaintive melodies of traditional songs, and some falsetto like singing from a wraith like female resplendent and ethereal looking in white.

It lasted about a half an hour. Then followed some awkward introductions and the band took over. Much of the music was quite experimental (the program notes called it paradigm-shifting). In any event, lots of people left – confused and annoyed I imagine.