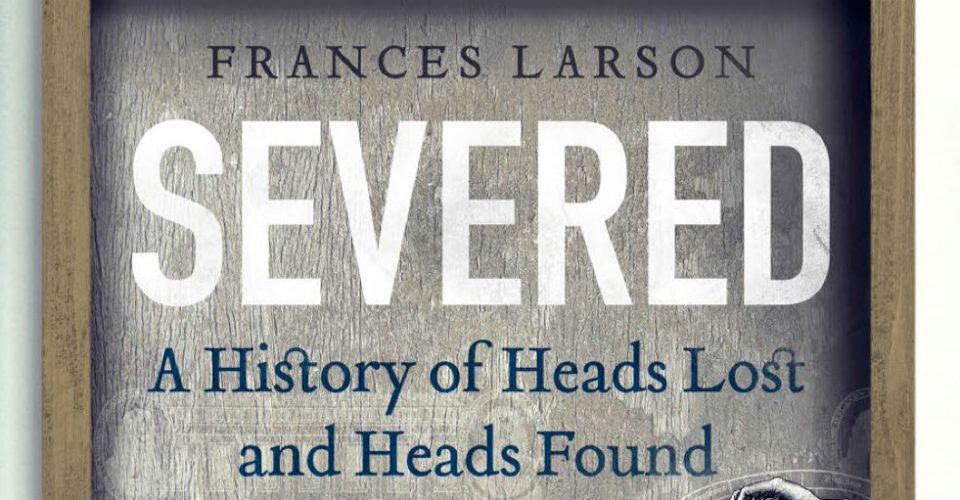 Author and Oxford research fellow Larson’s compelling, sometimes gruesomely fascinating book was inspired by her time at the Pitt Rivers Museum, where a bunch of shrunken heads proved very popular (even ‘cool’) and inspired much debate about ethics, race, cultural imperialism and the like before it was determined that they were actually fakes. 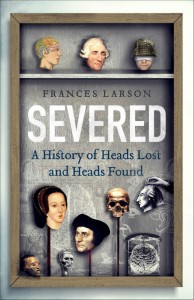 After a prologue that details the strange fate of Oliver Cromwell’s head and an introduction that ponders the ‘memento mori’-type fascination with the head, the easily-compromised home of the brain that comes complete with that wildly expressive thing known as the face and has a scary habit of getting detached for a variety of reasons, we nimbly move into the slightly disturbing world of severed heads. Shrunken Heads is about the Museum and the past vogue for (supposedly) shrinking the heads of ‘natives’; Trophy Heads is about, of course, removing heads to prove a point (usually that you killed the owner); Deposed Heads concerns the power of usually-severed heads of those in power; Framed Heads is about severed heads in art (and do take care with page 126, where you can see Damian Hirst’s infamous With Dead Head); Potent Heads is all about the heads of martyrs and religious figures, some of whom supposedly walked to their final resting places holding their heads after their severing; Bone Heads mostly chronicles the debunked ‘science’ of phrenology; Dissected Heads details the use of severed heads in medical training, and how students somehow manage to bring themselves to cut them up; and Living Heads delves into the ongoing mystery of how long someone can survive without their head (and note that supposedly victims of the guillotine rolled their eyes after severance but, understandably, found it impossible to talk).

A distastefully delicious read, this is written in a thoughtful, often funny, at times academic, but always accessible fashion by Larson, who frequently seems to be having fun with her chosen subject. And you might well too, no matter how macabre the proceedings become, but please try not to lose your… um…