SHAKESPEARE & ME – Edited by Susannah Carson: 38 Great Writers, Actors and Directors on What The Bard Means To Them… and Us – Book Review 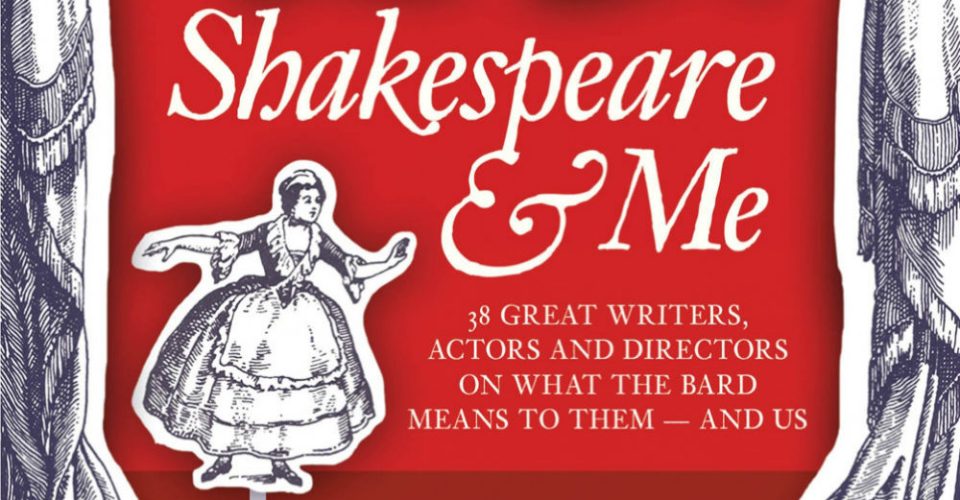 Carson’s collection of personal essays concerning the enormous influence ‘The Bard’ has had upon writers of all sorts, directors of stage and screen, actors of every stripe and a few other pleasingly random sorts is full to bursting with passionate views aplenty. And, rather strangely, it does rather seem that the more heavyweight the author, the more likely their piece is to be overwritten – and even a little egomaniacal.

Nevertheless, there are many highlights, including: Sir Antony Sher’s Speaking Shakespeare, which chronicles his journey from South Africa 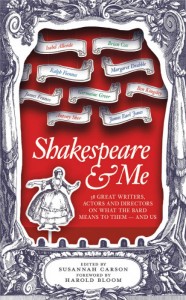 to London to theatres the world over, especially as he toured with the hugely acclaimed Richard III; Sir Ben Kingsley’s The Architecture Of
Ideas, which begins well with insight into his memories of tackling Hamlet and more; Rory Kinnear’s Character And Conundrum, which offers a little self-deprecating humour; James Earl Jones’ The Sun God, all about his work onstage in Othello and more; and Ralph Fiennes’ The Question Of Coriolanus, which is compiled from interviews with Carson about his experiences making the 2012 movie.

More over-the-top is Brian Cox’s “I Say It Is The Moon”, which studies a long list of Shakespeare’s plays with considerable bombast (but this is Brian Cox we’re talking about, and that’s the hammy actor, not the celebrity physicist), academic Camille Paglia’s Teaching Shakespeare To Actors (offering none of her usual wit) and James Franco’s My Own Private River, which is all about Gus Van Sant’s Shakespearean-ish My Own Private Idaho – and himself, of course.

The best, funniest and most lively and enlightening contributions here, however, are from the cheeky outsiders, with graphic novelist Matt Sturges’ I Know A Hawk From A Handsaw Regardless Of The Weather, But That’s Pretty Much It a real hoot as he discusses his longtime-coming affection for Shakespeare despite still not quite understanding the verse (gasp!!!), and ‘academophobe’ Jess Winfield’s Re-Revising Shakespeare, which amusingly flashes back upon how his Reduced Shakespeare Company produced the immensely popular The Complete Works Of William Shakespeare (abridged), and tries to explain how they often did a hysterical and heavily-cut Hamlet AS AN ENCORE (!!!).