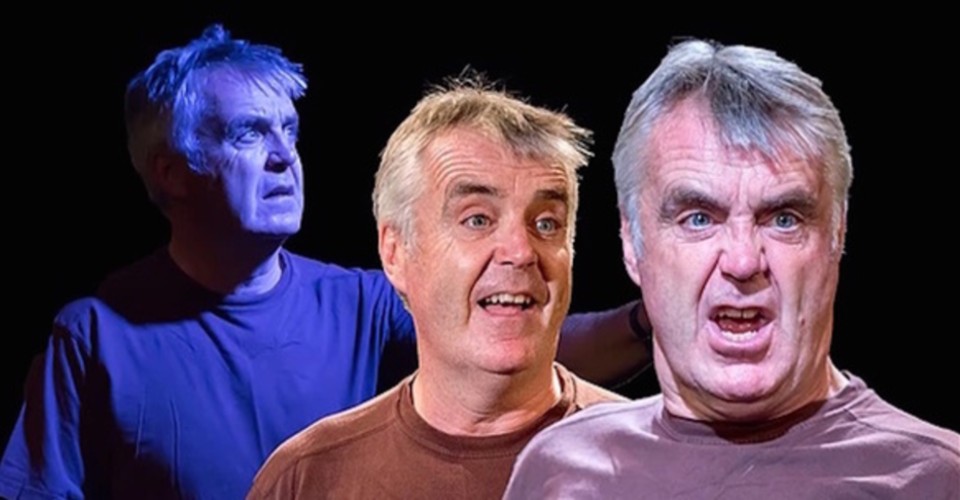 “Shell Shock is an adaptation of a former soldier’s diary, writing about his return to ‘civvy’ life after a long career including tours to Iraq and Afghanistan. Laced with humour it is designed to be a stigma-reducing project promoting conversations about mental fitness and resilience,” BBCTV comedy veteran, actor and writer Tim Marriott says. Presented by Tim Marriott & Smokescreen Productions, Shell Shock is a one-man roller coaster trip about dealing with the anxieties that so many returned soldiers are faced with after living the horror and bleakness of war. Tim tells us more.

“We brought it to Adelaide in 2018 after an award-winning run at the Edinburgh Fringe and subsequently in New York. As a result of the 2018 Adelaide Fringe season, were thrilled to be invited to tour New Zealand and then Eastern Australia from Brisbane to Melbourne and up to Sydney and Canberra for The Invictus Games.”

Shell Shock mainly focuses on a returning veteran with PTSD. Do you feel it is relatable to anyone who suffers from the debilitating condition?

“Absolutely – but it’s more than that,” Tim says. “What’s unique about Tommy’s story is that it relates to anyone who has ever experienced trauma, stress or anxiety and perhaps not dealt with it as well as they might. Furthermore, Tommy never sees himself as a victim, insisting that ‘there’s nothing wrong with me, it’s the others! I’m a proper bloke, I’m not the type to get upset at nothing…’ but as the absurdities of the everyday get under his skin, that’s pretty much exactly what he does!

“Neil Blower Watkins wrote the diary following his experience coming out of the army. The character is based on him but he didn’t want this to be a look-at-me bleeding-heart story, he wanted it to resonate with everyone so he wrote it under the generic name of ‘Tommy’. My job was to edit it and adapt it for the stage. He is such a wonderfully positive, engaging bloke it was a joy to adapt.

“I originally wrote it for another actor but when he wasn’t able to make it to Adelaide in 2018,” he adds, “so I took it on myself, which was utterly terrifying! It’s developed a lot since, so it felt right as I was coming back to Adelaide with Mengele, to do a short run of Shell Shock as well. It has been an incredible experience to perform it all around the world and, for me, it all began in Adelaide.”

What was your association with the Invictus Games and is it ongoing?

“Our tour across Eastern Australia was produced by a terrific charity, Stand Tall For PTS, supporting Invictus,” Tim says. “We toured in a convoy of military and first responder vehicles (including firies, police and medics) raising awareness of PTS and literally flying the Invictus Games flag everywhere we went. Invictus this year is in The Netherlands and I’m doing shows for UK military and mental health charities leading up to VE day in May, but then going to Florida to perform there, so I can’t be at the games this year.” 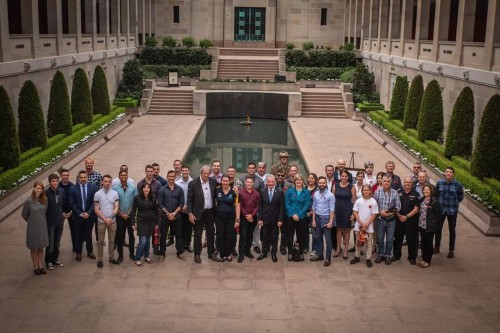 What reaction have you received from the Military and returned soldiers?

“So many stories to tell… the idea is that the show to start conversations. We say it is like that awkward therapy session where no one wants to be the first to say anything or show vulnerability – well Tommy kicks off and then we follow the show with a ‘fire circle’ talk back where others share their stories. As a result, we have been able to guide individuals towards assistance and even help set up support groups – one of the most impactful experiences was performing in Papakura Camp, New Zealand, to Special Forces from NZ, Australia and the UK – the toughest of the tough.

“I was terrified!” Tim recalls. “But the response was hugely positive and emotional and I didn’t get out of the bar for a good couple of hours afterwards… But the show has wider appeal than just the military, I have also performed to school groups, and I remember a 15-year-old pupil in Goulburn saying to me that ‘of course we understand trauma and stress – we got to school every day!’.”

While it’s entertainment I assume that it also serves to educate. Who would benefit best from attending Shell Shock?

“That’s right! Rule number one, we have to entertain with Tommy’s story, we have to buy the right to deliver the drama in the piece and open people’s eyes to recognise the symptoms of mental health issues, whatever their background. The audience for the show has been remarkably diverse, families of veterans and first responders who have seen tragedy on a grand scale through to school pupils who face not just exam pressures but the shifting dynamics of school life. But bottom line, Tommy’s story is a piece of entertaining theatre telling a cracking story culminating in a dramatic climax and a tremendous example of hope and resilience drawn from the darkest of places.”

As a one man show, do you feel that you are closely attached to the character? Is it difficult to shake it off post-performance, and do you have any specific techniques to do so?

“I wish I did… it’s a huge responsibility to tell Tommy’s story,” Tim says, “to go through the symptoms of PTS every show and come out the other side each day. But ultimately, this is not my story, I am simply the story teller. I need to always be aware that my job is simply to tell Tommy’s tale effectively in order to open conversations with people who may well have much more experience of the subject matter than I do.  Although I talk for an hour, it’s important that subsequently I listen. That we all listen. That we give those who need to talk the time and space to do so.” #TimeToTalk #IListened 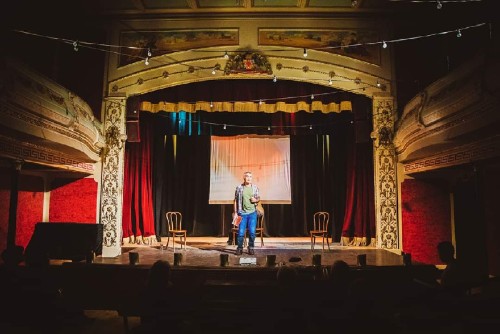 What research did you do in order to write and perform Shell Shock?

“A lot of background reading and interviews, but the original diary was everything. Meeting Neil and understating and respecting his desire for this story to be generic and appeal to everyone was key. Then we spent time developing the piece ‘behind the wire’ with serving soldiers in camp and also with veterans we met through multiple service charities,” he says. “The show was developed with the guidance of numerous experts and those with experience of PTS and funded by the UK government, but touring Eastern Australia with 40-50 veteran soldiers, firies, police and medics was massive, humbling, instructional and very emotional!

“Once I took over the role, I also felt I had to get fit! I got put through training by military PT instructors and have since run a couple of marathons and am taking on my first Ultra this September, as long as my knees hold out…”

What memorable responses have you had to your work?

“One thing I have learned is to never, ever underestimate your audience or the potential impact of the piece!” Tim says. “In Edinburgh last year I did some shows for the Army at the Fringe. Audience numbers always vary at the Fringe, but having opened to healthy numbers one day I only had 8 people booked in to see the show and was, shall we say, a bit disappointed.

“But at the talk back one couple stayed behind and asked to buy the welfare officer present and me a beer. It turned out he was a drone pilot and he talked about that experience for a while, but then stopped, looked at me and said, I think I’m going to tell you about something I haven’t talked about for 25 years. His partner had no more idea what he meant than we did. The story that followed was heartbreaking, involving being one of two survivors of a fatal attack, but you could see the weight lifting from him as he spoke… it was an incredibly humbling moment.” 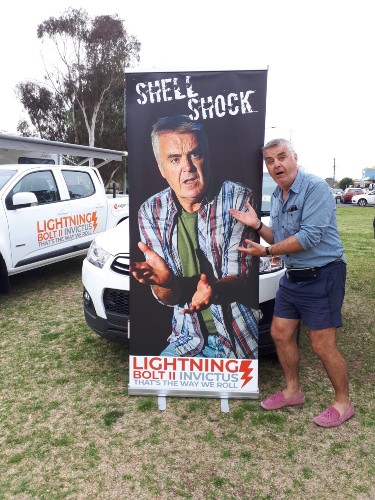