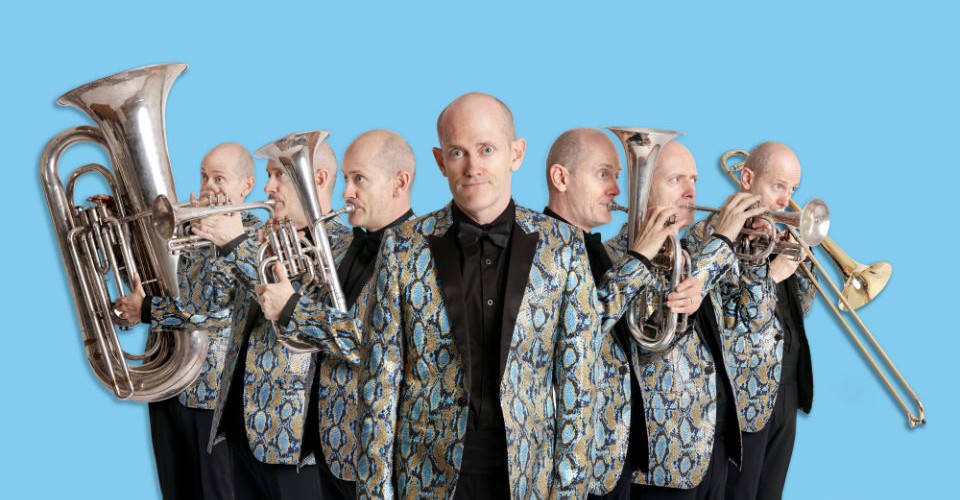 One-third of musical-comedy trio Tripod, Simon Hall (Yon) is also the second wedding singer for all those couples ready to tie the knot again or maybe even to renew their vows. He’s here to make your special ‘second time around’ ceremony a night to remember after the disaster of that first attempt at coupling.

Following the success of his 2014 Cabaret Festival show Yon And His Prism Of Sexy Thoughts, Simon returns to Adelaide with Second Wedding Singer. Directed by Alan Brough and with musical arrangements by Brenton Broadstock, Simon will be joined on stage by his infamous brass band, The Brass Ring.

We speak with Simon on the phone and ask him to tell us about Second Wedding Singer.

“I’m 44 and at an age where a lot of my married friends are in all kinds of stages of having just split up, probably going to or should or never will,” he begins. “So these are the kind of things I get to thinking about, I suppose. So, my process is the to write a bunch of songs, write thoughts down, think of a framework to present those ideas and then ask myself if it’s worth presenting it as a one hour show.”

And this has nothing to do with Adam Sandler’s movie The Wedding Singer?

No, nothing. I was hoping if I took ‘the’ off and called mine Second Wedding Singer, people wouldn’t think of the Adam Sandler thing, but clearly that’s not happening [laughs]. The only similarity is that I am playing a guy that sings at weddings so he sees all kinds of stuff that goes on.”

How much are you going to be interacting with the Cabaret Festival audiences?

“Well, the idea is that we’re at a wedding where the singer acts like a sort of like a semi MC,” Simon says. “I’ll be creating a world in which we are actually at someone’s second wedding, so I’ll be using the things in the room to create that world.”

Will you take a couple of random strangers up onto stage as part of a mock wedding scene?

“No, I might refer to some audience members but I don’t want to make fun or intimidate anyone; it’s not really the point of it.”

Tell us about some of the songs you’ve written.

“There is one about two girls sitting at school having lunch together and they start, like friends do, one-upping each other; I’ve got the newer iPod than you, or my mum drives an Audi and the argument escalates until one says my parents’ break up was better than your parents’ break up. A lot of the story is about love, whether the people can change whether they should change.

“There is a song about this guy and girl getting together,” he explains. “The girl kind of wants to improve him and fix him, and she actually does, to the extent that he becomes too good for her and then he leaves her. Then she ends up sitting at the wedding, watching the guy that she improved marry someone else.”

Ouch! How do you come up with the idea for these?

“Well, just people,” Simon says. “That one I told you is just an exaggerated version of something that actually happened. But we all see this sort of stuff. Whenever I sing a song to someone, there are really specific circumstances that people can relate to in some way. That’s why I do these shows. Just like the last one, you have thoughts about stuff, about yourself and other people, sometimes you feel bad about the thoughts you have… but what I like about doing this show is that sometimes people connect with them – which makes me feel better, and hopefully it makes them feel better too.”

Any self-confessions in the show?

“Yeah, there’s plenty of stuff,” he says. “There’s a song called Guilt Is My Engine; it’s what makes me try and be good.”

Having been married for 17 years yourself, you would know there are stages of relationships where things are fabulous, then things change and you can either grow apart or together again.

“Yeah, absolutely! The show is very much about change, how some people grow out of other people, or they just run out of things to talk about. The other show that I did was largely about how my marriage fully came to the brink of not existing. This show is a bit more about other people, well my thoughts of other people.”

And, of course, you are working with Alan Brough, who is talented on so many levels, himself.

“He’s great. When Tripod started writing musicals many years ago, we worked with Alan then, and I’ve wanted to work with him again after all that time, because he’s my favourite and he’s really good at it!”

Who are you performing on stage with?

Have you performed in the Spiegeltent before?

“No, this is the first time,” Simon concludes. “Adelaide Cabaret Festival is one of my favourites.” 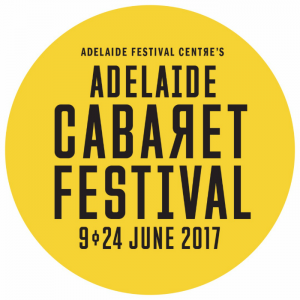