Simon Ridley: Having A Crack At Something Different – Interview 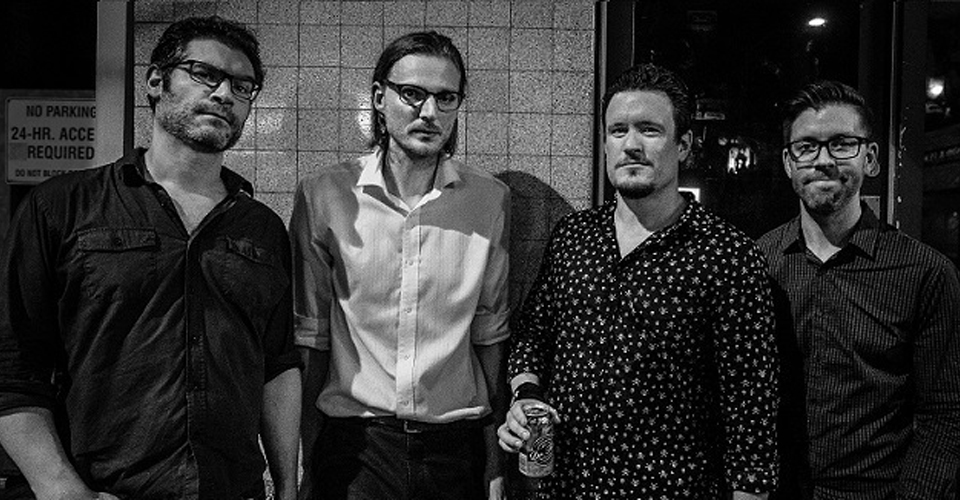 Adelaide four-piece outfit Satan’s Cheerleaders strike an enviable balance between accessibility and inventiveness that makes them easy to like yet difficult to categorise in any meaningful way. Anyone who has been lucky enough to see the band perform will understand. This one-of-a-kind ensemble is on the verge of releasing a new five-track EP, The Mechanical Turk, to be launched this month at The Jade. We catch up with Cheerleaders’ founder and vocalist/guitarist Simon Ridley and ask him how plans for the launch are going.

“Things are shaping up beautifully,” Simon begins. “There is a fair bit of interest in the new EP, people want to see and hear how the Cheerleaders will follow up the last album. The only way that we could possibly follow that one up was to do something unpredictable and completely different. That is the raison d’être of Satan’s Cheerleaders. We will be launching the EP at the Jade, which appears to have lost its monkey in recent times, with the outstanding support act Eraser Description and their eighties dance-y synth jazz goodness. The main goal for the night is that it will be sing-a-long-able, danceable, brightly coloured fun.”

How long have Satan’s Cheerleaders been together?

“Satan’s Cheerleaders started as a project of mine in the early 2000s, after I discovered the piece of schlock cinematic magic bearing the same name on VHS in a bargain bin in Mount Gambier. I was so enamoured with the name that I immediately decided to start a band on the strength of the name alone. I actually demoed a bunch of tracks by myself and after that assembled a live band which played its first gig around the end of 2005.”

What has the band been up to over the course of the last year or so?

“Over the course of the last year Satan’s Cheerleaders has embarked on a couple of very different projects,” Simon says. “We recorded an album comprising full-band arrangements of the music from the classic 1987 Commodore 64 computer game The Last Ninja, that we launched and played in its entirety at the OzAsia Festival in September of last year. The show itself was great fun to play as we supported the legendary Japanese all-girl punk rock band Shonen Knife. They toured with Nirvana a lot and were one of Kurt Cobain’s favourite bands. That gig was a career highlight. The show we did was quite intricate as we played the music from each of the 12 levels of the game in front of a large screen projection showing a playthrough of the game itself which synced up with the music. It was a fairly serious undertaking to get the equipment and images all synced but it actually came off without a hitch. It was also a very different sort of gig as all of the music in that set/album is instrumental whereas the regular Cheerleaders material has a strong vocal element.

“After that I decided that I wanted to do something totally different and play some more raucous rock songs,” Simon continues. The Last Ninja material required a great deal of concentration and because the visual element was occupied by the projection of the game we didn’t move about much on stage. A regular Cheerleaders gig involves a lot of movement, jumping around and general on stage chaos with singing and me getting to voice what ever ill-conceived theories I have on the night. So, basically, we finished the Last Ninja stuff and moved straight on to rehearsing, gigging and recording the material on the new EP, The Mechanical Turk.”

What do you like most about the new EP?

I am really enjoying the way that the art and music of The Mechanical Turk have meshed,” Simon explains. “I had written this music, particularly the title track with a very specific mental image of what the album was going to be. I find that I tend to have an idea of the visual and sound aesthetic when I start putting an album together. I discussed my very firm idea of what I wanted with the artist who then produced something completely unexpected. And his artwork is way better than my original idea was; it really sets the tone of the EP before you even listen to it. Artwork has always been an important aspect of the band’s aesthetic so I have got a big kick out of working with this artist.”

This is your fourth release. How does it compare to your previous efforts?

“As I mentioned, it is extremely different to our album from last year. That album was 12 instrumental tracks based on computer game music with a lot of very unusual sounds. The new EP consists of four songs and one instrumental. There is also a duet with a female singer which is basically a synth-pop track. Overall, this EP is far more focussed on delivering a few punchy little numbers for the listener to get in and out at breakneck speed then immediately have to listen to it again. The previous albums were more balanced and had little interludes, ballads, bossa novas and generally flirted outrageously with various styles and moods. Not so with this EP! It is the closest thing to musical crack we can offer.”

How do you describe the Satan’s Cheerleaders sound to others?

“When trying to describe Satan’s Cheerleaders sound to people I become immediately paranoid and self-conscious, because every musician has an almost irrepressible desire to preach about how their sound simply cannot be categorized because it is so revolutionary. Admittedly, our sound can’t be categorized because it is so revolutionary, but for ease I will tend to describe it as rock music played by jazz musicians with a love for all the musical styles of the world. Can we call ourselves musical polygamists? The Latter Day Saints of the musical world? Damn. I should have called the band The Latter Day Saints.”

So, what’s next for the band?

“As soon as we are done with the launch I have a special Halloween surprise,” Simon says. “Well, I suppose I can tell. It is probably pretty clear that I am a big fan of bad old horror films (the hint is in the band name). We are going to release a Halloween single which is basically a Little Richard style 50s rock track with all the lyrics focussed on classic B-grade horror flicks. It will be a hoot. After that, we have discussed doing a release of jazz versions of our rock tracks. We did a gig performing stripped back swing-jazz versions of our songs for the Cabaret Festival earlier this year which met with great enthusiasm (especially by women over the age of 60 which has turned out to be a core part of our fan base). So I figured it would be interesting to do a swing jazz type release. Why not? Apart from that, we are writing a bunch of new tracks which are probably going to be more in the vein of weird pop rock as I have really got into melodic choruses that you can sing along to.”

Do you have any other messages for potential Adelaide and national audience members?

“I have one message only for potential audience members,” Simon concludes. “LISTEN TO SATAN’S CHEERLEADERS. And possibly something about submitting to our dominant power etc. Or, better still, we would love to see you at a gig. I realise that I tend to carry on like a lunatic while I am onstage but this is all just a bit of a show and I would love for you to come up and have a chat before or after our sets.”

Bookings at Eventbrite. Click HERE to purchase your tickets.